An insight into the Duelist character in Velisia, covering his game mechanics and backstory.

(Note: Since the entire game redesign, a lot of this information has become outdated. Please check back later for an up-to-date look at the Velisian Heroes!)

The duellist is the player's main assault hero, with more action points than his comrades he is able to deal the most damage during a single turn, able to engage and kill multiple enemy units during a single activation. This high damage dealing ability comes at the price of all his attacks being extremely short ranged, requiring him to get up close and personal with his enemies. This trade off of extreme damage but requiring him to advance into the enemy lines leaves him as the most destructive but most exposed member of the team. 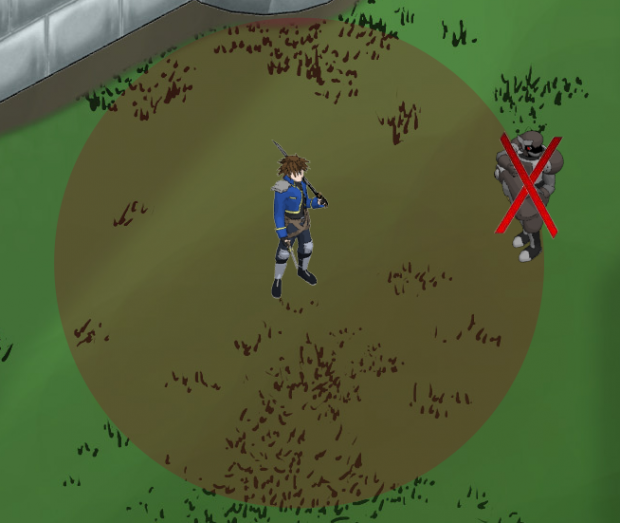 A high damage attack on a single enemy unit in melee range, this is the duellists best attack for killing single targets but comes at the cost of having to advance right up to the target o
ften under fire.
Range: 6 yards
Damage: 50 health points
AP cost: 25
Attack Type: Direct Targeted 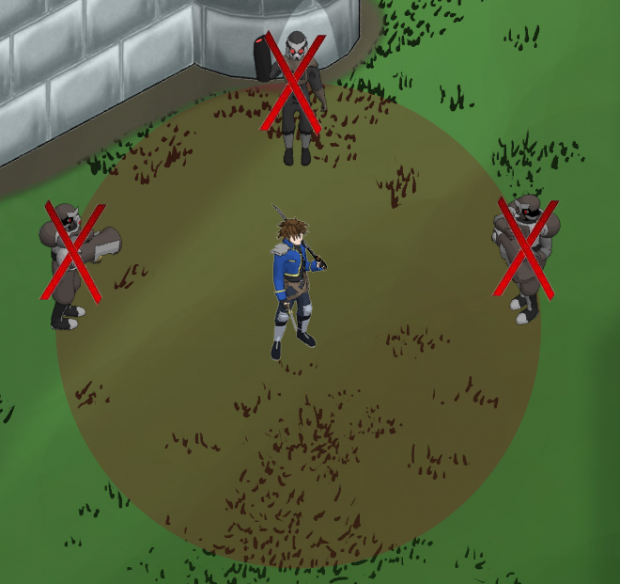 The duellist launches into a storm of sword strikes and short ranged pistol shots attacking everyone around him, whirlwind will often not kill every unit it hits but will leave them weakened to be killed off by well placed direct attacks. Alternatively the player can weaken a group of enemies with pistol shots before moving in to dispatch them all at once with a well placed whirlwind.
Range: 12 yards
Damage: 25 health points to all enemies within 12 yards
AP Cost: 75
Attack Type: Area Effect 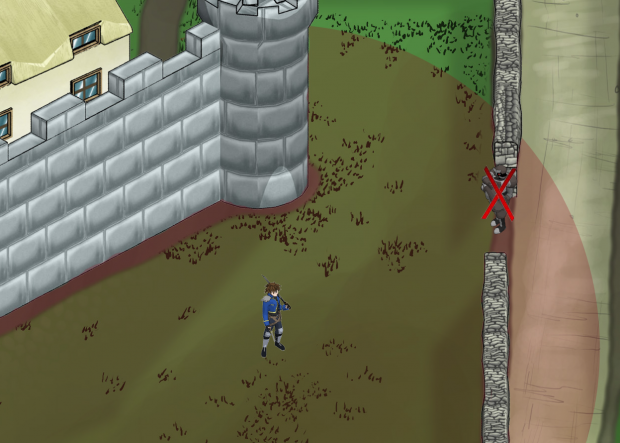 A short ranged shot from the duellists pistol, not as high damage as his sword strike but a longer ranged, used to soften up groups of enemies before moving in for the kill with his sword.
Range: 30 yards
Damage: 25 health points
AP Cost: 50
Attack Type: Direct Targeted 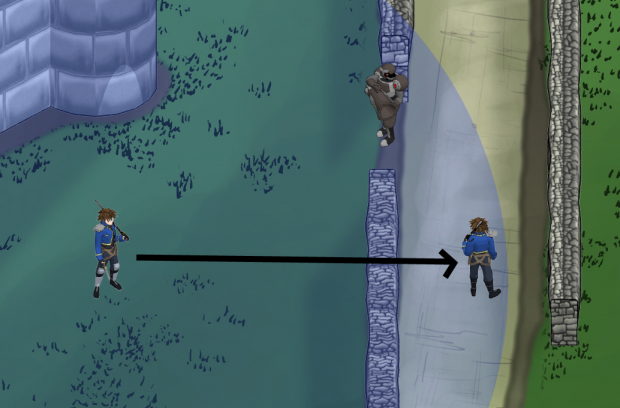 The duellist moves with inhuman speed and within the blink of an eye covers a huge distance of ground before the enemy can even raise its weapons to attack. This ability allows the duellist to close into melee range with the enemy or dart between cover without being shot at by ranged enemies.
Range: 24 yards
Damage: N/A
AP Cost: 25
Attack Type: Area Effect

Religion: Velisian Clergy of Tarn; worshipping the creator god Tarn, a earth giant who created all life on the planet.

Occupation: William holds the rank of Captain, in the Velisian Taronsian Knights.

Social Standing: The Tarsonian Knights are a legendary band of heroes who deeds are renowned though the ages of the Kingdom. He is the commander of a small company of knights and expects there unquestioning loyalty both in and out of combat. All Tarsonian Knights are treated as heroes by the people of Velisia, simply because the greatest deeds of many knights are done at the cost of their lives.

Education: Simple education in a small town school in the village of Redshire, since joining the Tarsonian Knights William has been trained and educated in the art of warfare.

Environment: Originally from a small Velisian township called Redshire, William as all Tarsonian Knights now has no home, following the path of a pilgrim, he and his band of Knights go where they are needed defending the nation of Velisia from all dangers.

Ethics: Good at heart and looks out for the interests of others, sometimes at the expense of his own.

Family: William is the son of village elder of Redshire, although he and his sister turned away from the family life when they joined the Tarsonian Knights. Essentially they decreed themselves dead to their past life and swore life and duty only to the Kingdom of Velisia.

Personality: Bold, brave and utterly confident in his own ability, William is very much image of a Tarsonian Knight of the old legends, always at the forefront of any encounter pitting himself against any enemy who would threaten his homeland.

Physical Description: Trained for a life of warfare and conflict William is 6ft 1in tall, well built and athletic. He dressed in the blue and gold uniform of a Velisian Solider, his strips on his shoulder marking his station as a Captain.

Content Out of Date - For up to date material on the duelist please check out the Hero Spotlight: Marcus Stannard news article.