TL;DR: This is hard. If you have a lot of money, it's considerably less hard, like most things in life. 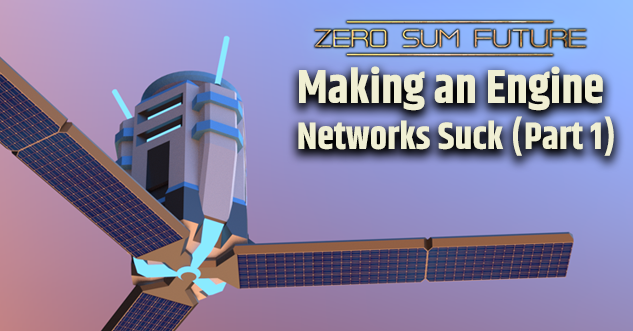 Let's say you are making a multiplayer game, and because you live in the 21st century, this game needs to be played over the Internet. That means you need to write network code. This is a fairly lengthy topic, so part 1 is going to be a general overview, and part 2 is going to be how we solved these problems in Zero Sum Future.

Fundamentally, the problem is this: Your game needs to run on multiple computers, almost certainly with different hardware, and definitely out-of-sync with each other. Oh, and because the game instances are supposed to be the same instance, they need to agree on some fundamental game logic. Because people like playing computer games (shocker), the industry has converged on some set in stone solutions to some of these problems.

Your game MUST be multi-threaded to accommodate for the syncing issue. You can run a multiplayer game on a single thread – this is called a lockstep solution. The problem with lockstep implementations is that they tend to hang really badly when it comes to choppy connections. If the game logic requires the next packet from the host to proceed properly, and the packet doesn't arrive on schedule, it's very noticeable to the player. Which leads to:

Your game MUST be OK with losing some packets. A packet is a piece of data that you need to run the game logic: Player information, state of the game, speed of the bullets racing towards your character, so on. Game logic cannot depend on the ordered arrival of packets: Over an internet connection, a packet has to, at the very least, travel from point A to point B through a mystery number of routers, relays, switches, servers, and god knows what else (seriously, I don't think it's physically possible to track what kind of path a packet takes through the nightmare web of the internet). If a router on the way decides to be paperweight instead of a router while handling one of your packets, it's bye bye packet. This is called a dropped packet, and it happens a lot in games. If you're playing an MMO, for instance, and your character jumps back in time to where he was 3 seconds ago, you experience something called rubber-banding caused by packet loss. 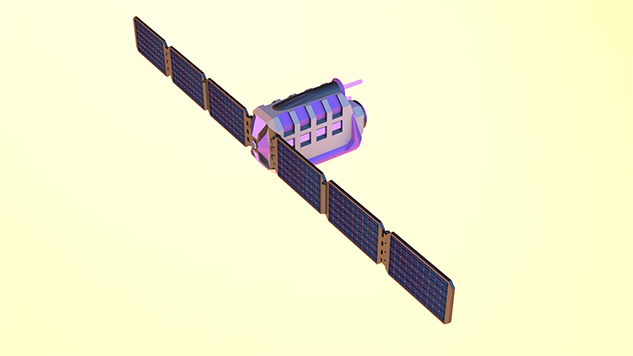 Now, there are communication protocols that guarantee drop-less, ordered packet delivery. The problem is that all these protocols run a lossy, packet dropping protocol underneath to emulate the behavior expected: because of how the internet is put together (badly), you can't have a true lossless, ordered delivery system. So the network protocol will send confirmation packets, receive acknowledgment packets, and order the packets under the hood. There are issues with using protocols like this, but I'll get to that in a bit.

Your game MUST also be OK with running on any hardware, and hardware type cannot influence game logic. Most games run visual physics on graphics hardware, because GPUs are well built for that (which you can read more about HERE). Implementing physical simulations on varying GPU hardware tends to be... unpredictable, to say the least, so in similar setups on differing (or even the same) hardware, you'll end up with diverging simulations. For this reason, I can confidently say that there are no online games with a real emphasis on physics: Every example I can think of uses an approximation of some flavor that is easily computed on the CPU.

I can talk about GPU physics simulations forever, but there's a clever way I can demonstrate this point: In Blizzard's Overwatch, the game has a pretty decent physics system built in, but it has no impact on gameplay. This is because the physics are tracked client side only, because different computers run the simulations differently. Get together with a friend, and run Overwatch side-by-side, in the same game, and try to screw around with physics.

Finally, your game MUST have some coordinator server to setup games. Let's say that player A and B want to play a quick game of chess online. Chess is really simple to write logic for, and the network code is very simple. So you can whip up an implementation fairly easily. But how do these players KNOW who their opponent is? A coordinator server of some flavor is needed

So you are locked into all of these things, what can you choose in your network design? Well, the first major choice is the obvious: Peer-to-peer, or dedicated? 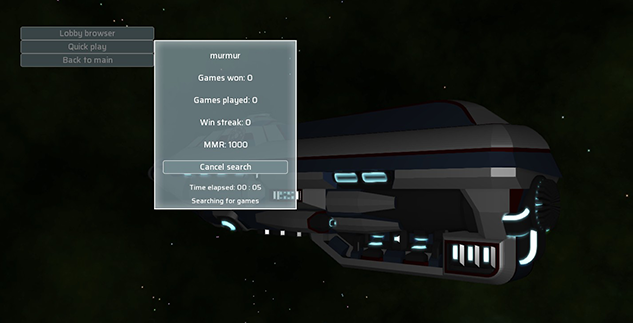 Man, dedicated servers are dope. They are basically a computer that stands behind a commercial-grade internet hookup with the sole purpose of running game instances. There is no end to the pluses of using a dedicated server infrastructure for your game:

Wow, great. So everyone should be using dedicated servers, right? Yes. Yes they should. So why don't they? 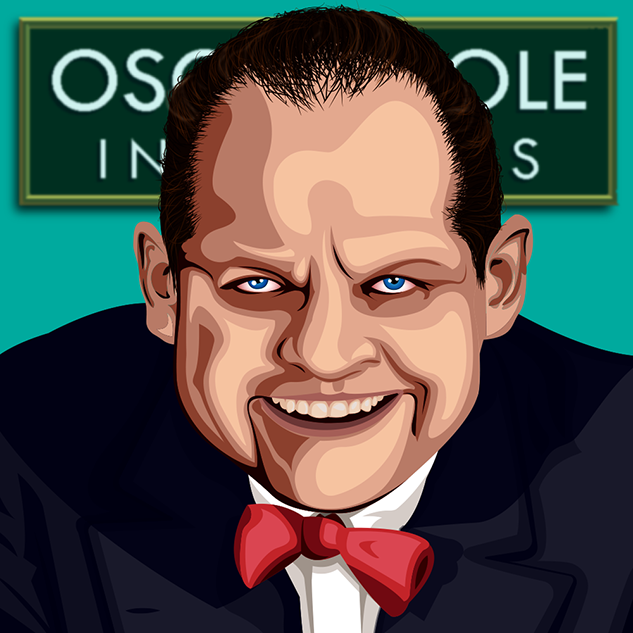 Money, son. Having a dedicated server network (in multiple countries, in all likelihood) and paying for the upkeep of these commercial connections with static IPs costs MONEY. It's a continuous expense, the longer you have a server infrastructure, the more you pay the people that operate it. Oh, the box died? Server equipment is professional grade stuff, and they can get eye-wateringly expensive. Outsourced your server maintenance to a third party? Yeah, their engineering department doesn't really exist, so your server doesn't function on the third Tuesday of every month. Oh, and they decided that they want more money, so they can in effect strong-arm you into paying them more and more to keep your game up.

But if you're EA, or Valve, or Riot, or Blizzard, or any other major name in the business with your server infrastructure, you have a large network of servers, and you can build and deploy multiplayer games all day long, and they will run like butter if your network engineers are doing their jobs. You're basically able to throw money at a problem to solve it in a way that takes a big load off of your development team. It must be great to be able to money away a technical problem.

We're not EA. Or Valve, or even Blizzard. We're 5 schmucks. We can't afford a network, we do not have funds to rent one, even for testing. We (well, I) have to do this the hard way for Zero Sum Future. 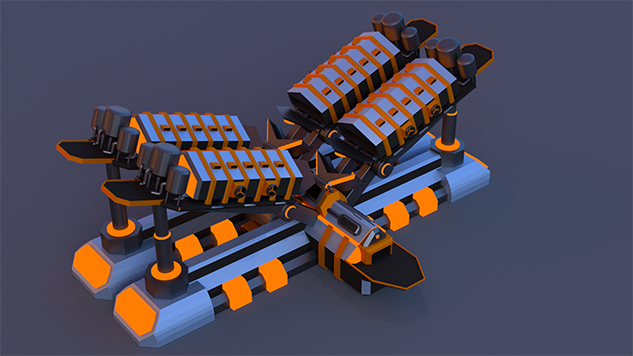 A peer-to-peer game runs exactly like a dedicated server setup: One machine is the authoritative host, and this machine sends game logic packets to all other machines. In a peer-to-peer system, however, the host is one of the players. In essence, a client doubles up as a host.

This is awful. There is no end to the negatives of writing code that uses a peer-to-peer implementation.

So, peer-to-peer is awful. It's ugly, it's messy, and it's a nightmare to get working properly. But it is free. It doesn't matter if there are 600 players worldwide or 6 million – a peer to peer system will still function. There only has to be one coordinator server, and it doesn't have to be nearly as beefy as a dedicated server. By coding and designing intelligently, you as a game developer save oodles and oodles of money.

So it's hard, but we have to do it for Zero Sum Future. In part 2, I'll dive into how we're solving a lot of these problems. Until then, stay tuned.