I recently implemented some nice-looking dynamic 2d shadows, here's how I did it!

Alright pals let's go over how to do these shadows. In my post about the lighting, I went over the process to give each pixel a 3d coordinate so I'm not going to go over that part again here. Now, I can create a separate frame-buffer to store all the shadow data and reference that on each pixel to find out if it's in shadow. 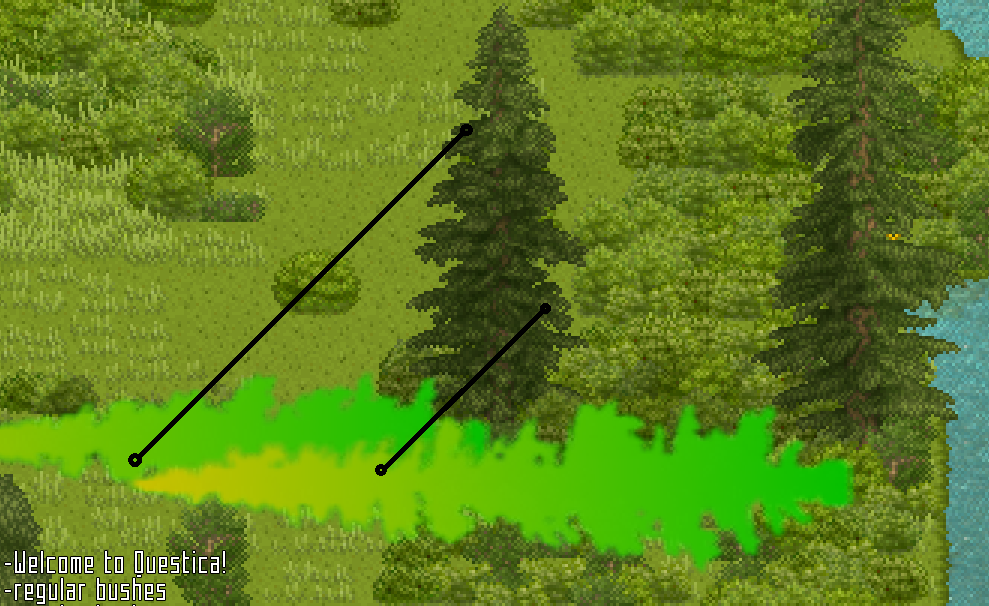 In this image, you can see the two lines are coming from different sides of the tree, but the line on the right maps to the shadow cast by the other tree. Since the height of the other tree is higher than the pixel, it gets put in the shadow of the tree to the right. In order to make sure all the shadows align correctly and that higher shadows are drawn on top of lower shadows, we just have to draw the shadows from left to right instead of top to bottom. All together a scene looks like this now!

And you get this nice effect when walking under the trees

I also have a few other wonderful updates for things we've been working on. Namely, the world editor! Here's a few previews of what's possible now: 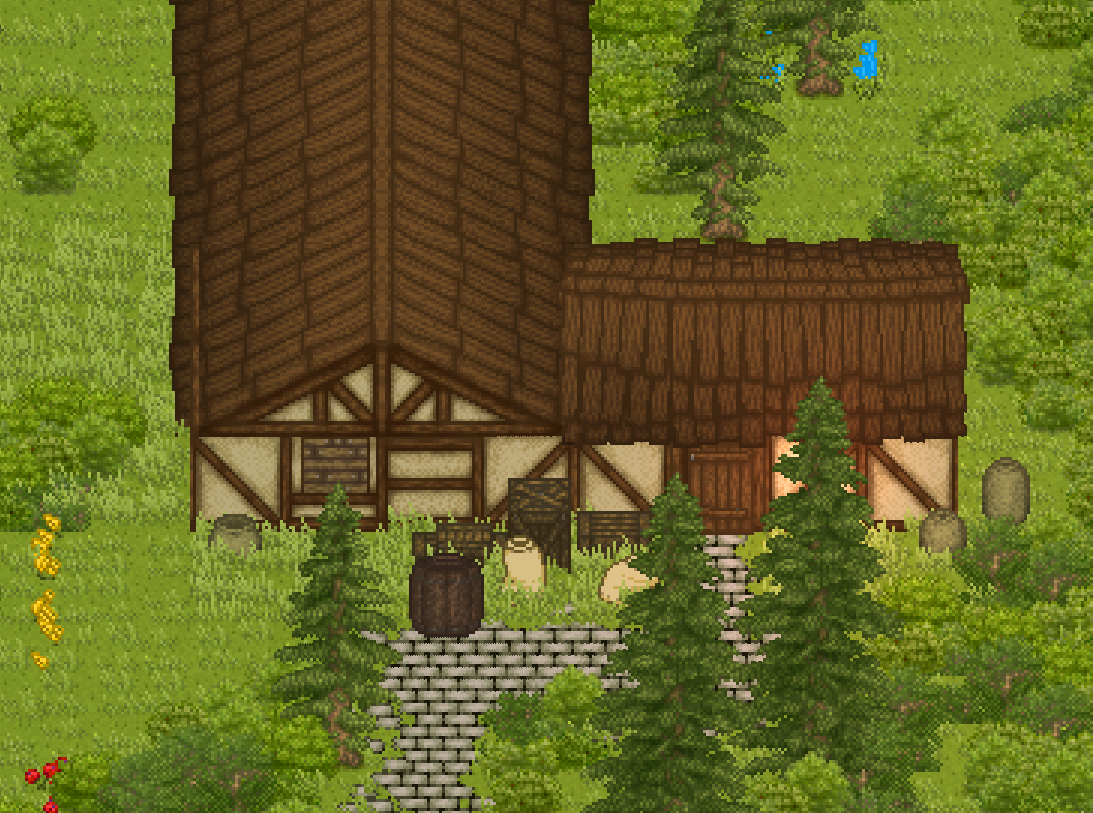 This would be amazing for Age of Empires 2

Great features in a 2D game. Love the lighting/shadows and the painting features on the editor. Its like Photoshopping a level together.

you mention, "In my post about the lighting, I went over the process to give each pixel a 3d coordinate so I'm not going to go over that part again here."... but I can''t find any post about lighting... where might this be?

Hey purenickery I would be interested in the prew. article as well. ( I went over the process to give each pixel a 3d coordinate so I'm not going to go over that part again here.) Could you send me a link, or direct me to a resource that explains it?