Hello everyone, today i want to tell you how i applied a classic level design scheme to construct of battlefield in one of Holden’s level. I’ll show some screenshots and flying camera video for clarity.

The first impression of the place of the battle is shaping up when player see flyby camera view, that starts open window with shining light inside. The window is the purpose for which Holden will fight to survive. Previously detected target always gives confidence.

The battlefield is divided by a moat with a dangerous for protagonist health liquid, long stay at it is unacceptable. Player gets to the shore, furnished with shelters, located along the moat, and allows you to hide from the turret fire. Thus we get the enemy territory (with combat units in the form of turrets and purpose in a window), the dividing line in a ditch with an acid (so-called war line) and field with covers for protagonist counterattack. Exactly this battlefield setting became classical for video games. Many shooters use such scheme, diluted with diverse scenery.

But it is not so east, metal spiders, endlessly falling from hanging over enemy territory pipes, will interfere to aiming and shooting the turrets. Spiders attack only melee that gives enough time to ruthlessly shoot them. But you shouldn't get involved in this, because they never stop. A reasonable solution would be to shoot the pipes from which they fall out. Ammo should be enough for all, as it is renewed from time to time in the same places where was found.

Once all the enemies will be destroyed Holden can only climb the scaffolding and climb through the open window, but how he can do that?... I keep silence. 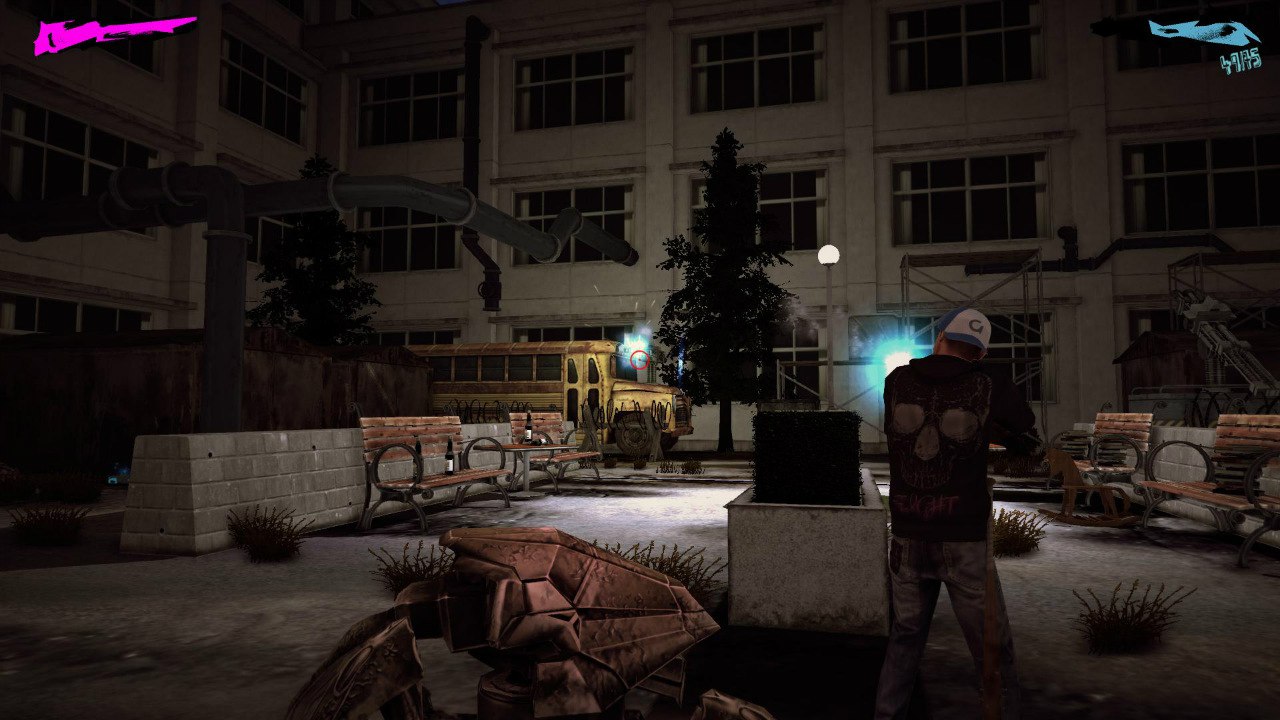