In Hegemone Pass, you can switch your current leader from one party member to another! The new leader's title takes effect and can change your strategy on the fly!

Today, I’m going to explain a bit more about Leader Switching, one of the main mechanics of Hegemone Pass, a bit more. 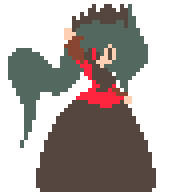 First, a little reminder. You play as Persephone, trying to find and defeat Demeter. As a result, Yvonne, Ethan and Emilie are not the leader, Persephone takes that position. However, whoever is hosting Persephone inside them is considered the party’s leader. 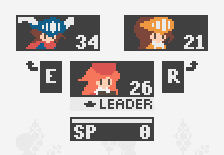 On the field, you can switch your current leader when on land by pressing the leader switching buttons (bound to the E & R keys in the screenshot above). This will make you switch your leader immediately to the character indicated in the HUD. This UI element was inspired by the Sonic Heroes team formation HUD.

Switching leaders on the field allows you to do various things, but for today, I want to focus on leader switching in battle. 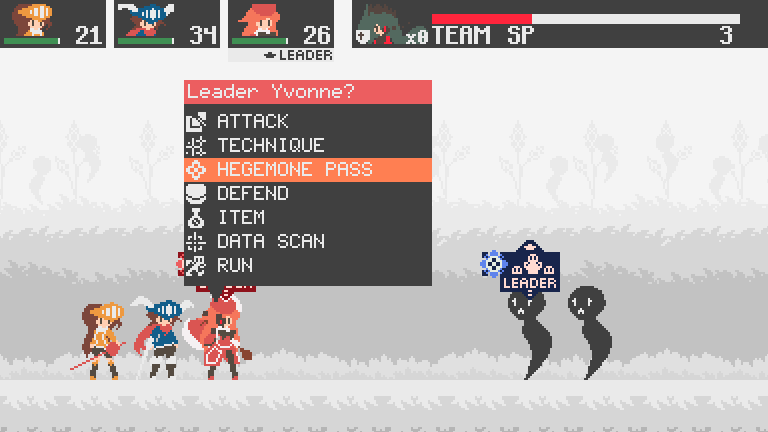 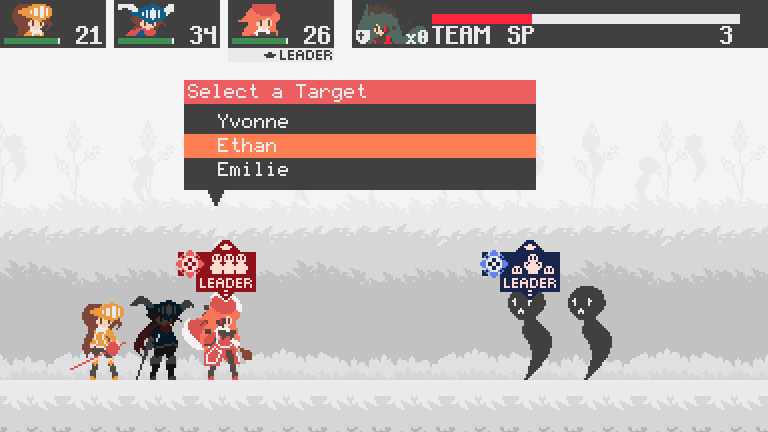 You switch leaders by using the Hegemone Pass command. This command can be used by any party member, and when used it will prompt you to choose the character who will be the leader. When the turn starts, the Hegemone Pass will switch your current leader to the designated ally. Anyone in your team can perform a Hegemone Pass, even when they are not leader, and in fact, you can perform multiple Hegemone Pass in a single turn, as it is a simple action like all the others.

You’ll notice that during a Hegemone Pass, Persephone herself gets out of the previous leader, and enters the new leader! If you look closely, the miasma eye that Persephone has is shared when Yvonne, Ethan or Emilie host Persephone, but disappears when Persephone is outside of them. It reappears only on the new leader!

When switching leaders, a short description shows up, generally reflecting the most important aspect of the title as well as its type (Leader, Team, Target, Fear).

While it’s nice to know the title’s effect on the fly, you can also check each unit’s title at the start of each turn so you can know their effects beforehand, regardless of their leader status.

When the enemies perform their own Hegemone Pass on their teammates, you’ll notice that Demeter is assisting them!… well, from afar. Demeter is much more powerful than her daughter in her current state, and can assist Persephone’s foes without being there, while Persephone has to physically be within the leader, and will be knocked out if the current leader is knocked out, rendering Persephone vulnerable to the Underworld under Demeter’s control.

But today, I’d like to introduce a new move in leader switching techniques…

The Auxo Pass allows you to switch your opponent’s leader to the designated target! One great thing you can do is switch their leader so that a title you can take advantage of is applied, making your fight easier! Or better yet, switch their leader to one of their weaker allies, and finish them off for a quick victory!

But beware! Some foes have the capabilities to do this to your team! Additionally, some enemies will counter your Auxo Pass by performing a Hegemone Pass back to their leader of choice, so be aware!

Currently, the only leader switching move that uses 0 SP to cast is the Hegemone Pass. I am still deciding on how much SP it would cost to use an Auxo Pass (also, debugging, so 0 SP in the screenshots). In addition, I do think I’ll tweak the animation so that you can at least discern who is initiating the Auxo Pass, since right now it does look a bit similar to the Hegemone Pass when seen without context. Maybe like a eye spark on the user with a camera pan to it before the animation? 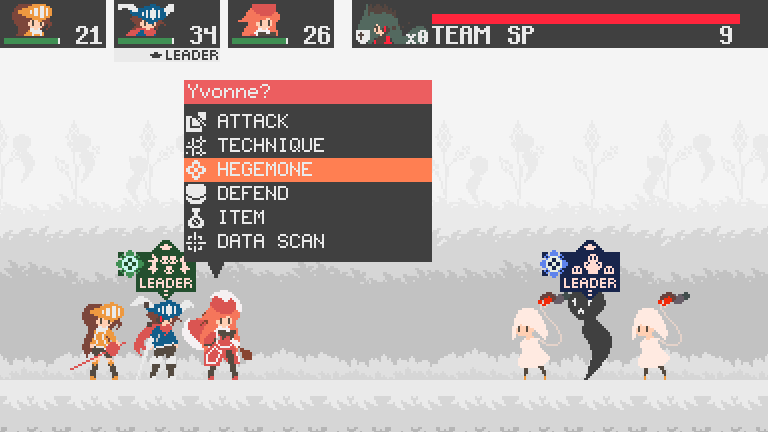 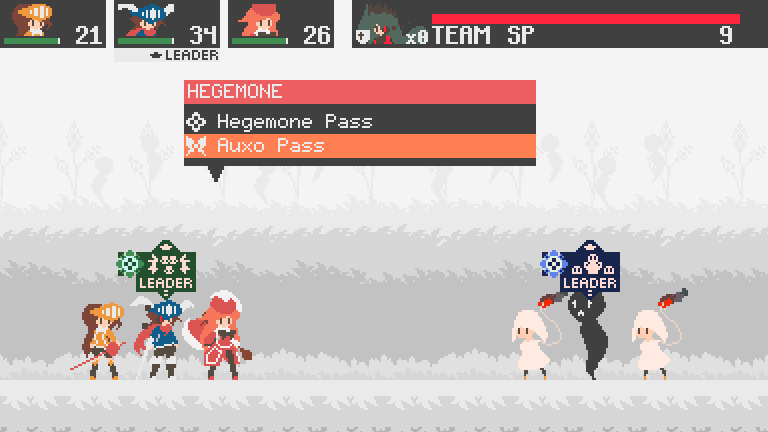 In addition, did you notice the command selection HUD? At the start of the game, you will only have access to the Hegemone Pass, to make sure players can understand the mechanics enough. When you obtain the Auxo Pass, the command name changes to Hegemone, and opening it will reveal a list of leader switching techniques. 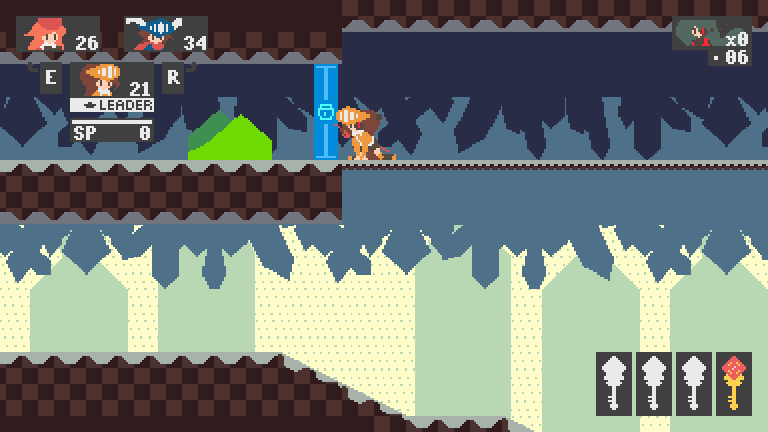 More leader switching techniques can be found, but I’d like to keep them for another time. They can be obtained by finding some of Persephone’s Titles, upgrades that can be seen in the field of certain levels. These titles are called “minor titles”. They can grant you various upgrades, like lava walking, but also things like unlocking new Leader Switching abilities in battle. 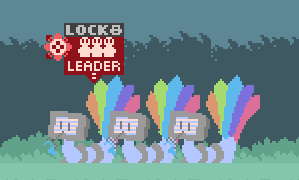 One last thing of note! There might be certain encounters where the enemy leader is locked, and therefore, cannot be switched at all. They will always remain leader, no matter what. This is shown with a locked icon above the leader icon in battle.

Switching leaders seem to be the basis for the game... Interesting concept. I had a question that's a bit off topic from this update though. Will you guys be bringing this title to Steam? If you start a greenlight campaign, I'd like to help out by voting "yes" =)