Dealing with motivation, derailing and sidetracking.

And: "Where to find it and how to stay on track?"

All the people working with creative crafts have a problem with motivation. Some sit around and wait for that magical flow state to come around, and then create loads of great stuff in one instant. Others, like screenwriters, go to work everyday, motivated or not, and just start typing away and solving problems. 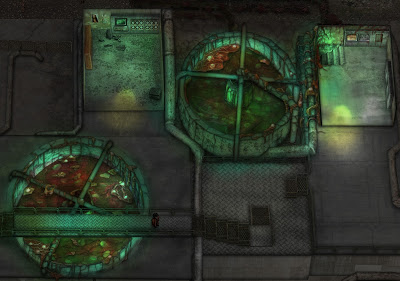 
You're focused, you have a clear vision in your head. But no matter what, sooner or later it will happen. The dreaded block. You're too burned out and exhausted to work on your game. And you will want to change projects, or take a break from your great magnum opus.

You know, just a small break, it wouldn't hurt anybody. You'll think: "Maybe I'll work on something smaller. I'll build something simpler, but also something completely different. I'll be able to finish it in no time, and then come back to the main project."


This is, of course, a huge mistake. What always ends up happening (at least to me it has) is that you will not be motivated to return to your big game after your sidestep. You will not feel rested, at all, and probably you've worked equally hard on your other side project, or even harder. Which kind of defies the purpose of the whole affair in the first place. And if you're already working on a small 2D indie game, it doesn't make that much sense either.

In gamedev, the beginning is easy. It's so great to see new stuff coming together on the screen, and you can always say: "Oh hey, this is just an early test / early pre-pre-alpha demo / it's just not finished yet!" It will fool you into thinking that you've made progress, but in reality you now have two unfinished and unpolished projects instead of one. And neither one of them will ever get polished, if you keep sidetracking and fiddling around with different concepts. 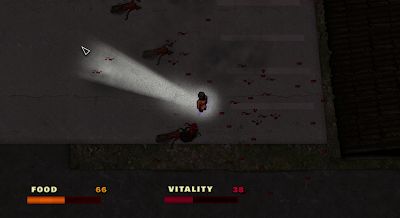 A battlefield, filled with dead monsters, and what you life will feel like while you're doing gamedev.

So, what should you do when you get that block? Relax, take a step back, and try to see your project from an outside perspective. Which part of the game needs more polish, what could be improved? Maybe you ought to re-write some of the code, maybe re-create some of the assets to make 'em better and shinier. Just make sure that you don't derail from the project you're making. Take out your notebook and dream about the finished game, and what you want it to look and feel like.

It's hard to see these things when you're fighting in the trenches, knee-deep in code or generating assets. So, you should take advantage of these blocks, and not just shift projects as you please. One great method, which I've discovered working for me, is to write stories about the minute-to-minute gameplay. What goes on the screen during one 10 minute segment? 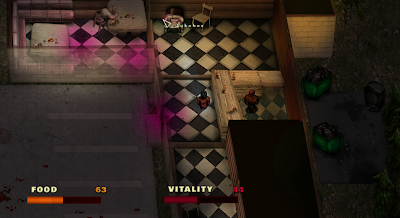 We've added Mikko the bartender NPC into the game.


Or you can just write tiny snippets, little paragraphs from the game, to describe the atmosphere of the game. Indie development is so freaking hard, that it's important to remind yourself why you're doing it. And later on, when you've reached the next important milestone in development, you can look back on these little snippets. Maybe they're still useful? Or maybe you'll use them in the next project? Who knows, but at least they're about the game you're working on now.


Have a great friday and a great weekend everybody!