Posted by GulcasaOfTheSnowfall on Mar 29th, 2020

Howdy! It has been entirely too long since the last update, so we're back here to give a progress report on what's actually going on in the development of Project Kurogi. I'm Gulcasa, and collectively we're Fenrir's Will, a ragtag bunch of nobodies working together on a game we love.

The bulk of the time spent since the last update was dedicated to drawing more animations for our main character, Ash. Though the logic of the movement and attacks was already functional, we were using obsolete, placeholder animations for a lot of the actions (some even had old character designs that had been changed twice already!), and our first priority in making the game look presentable was drawing final, fluid versions of those animations, and subbing them in. Right now, I think there are only about 3 attacks that still need to be redrawn. Below is the redrawn and polished version of the basic Baseball Bat attack combo, as well as some other assorted frames of animation!

Aside from that, I'm also working on a couple cutscene frames for the game's introduction. Cutscenes will be told as a sequence of still frames; as much as I'd also love full motion pixel art animations for the story, it's completely unreasonable for me to do > <. Here are some of the frames for the opening we're cooking up. 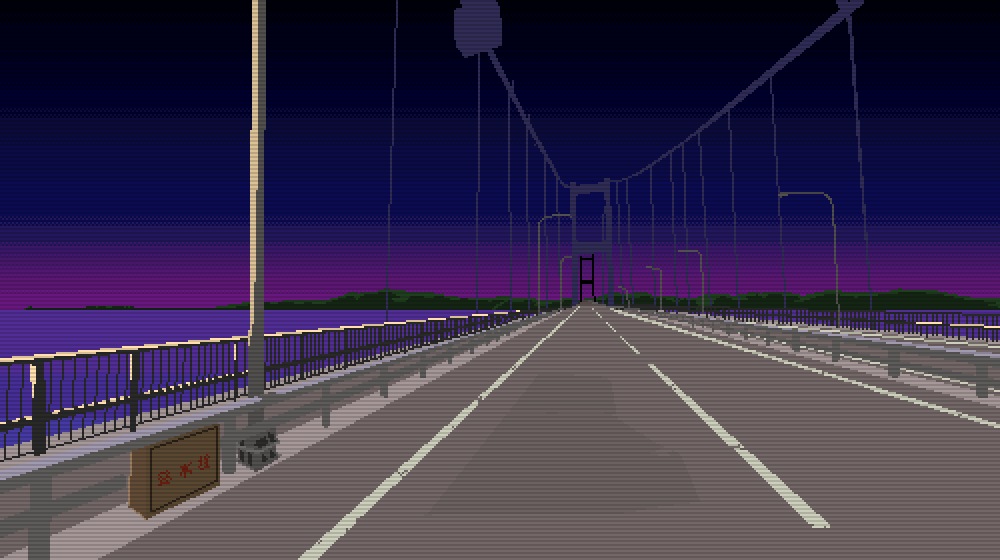 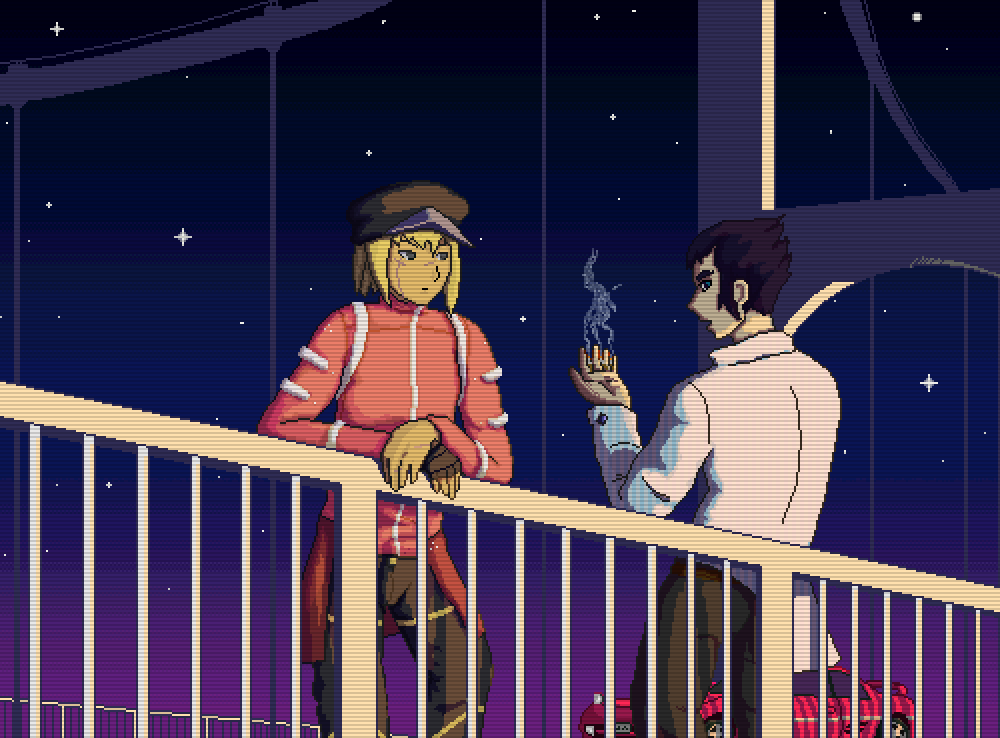 Doda, our lead programmer, has been busy with a full rewrite of the control modules for the player character and every enemy type. Our control scheme and enemy logic were pretty much finished already, but they used to use the default Unity physics module, which worked fine 99% of the time but, in certain situations, behaved very unpredictably, and was borderline impossible to get to do some very basic things, like sticking to the level geometry. The reworked controllers are already far along, but the game's still currently unplayable (and untestable) until the kinks are worked out. He also coded some quality of life details, like a debug menu!

We're gearing up to finish the demo of the first stage, which we'll set loose here once the time comes. I'm dedicated to finishing the frames for the entire first cutscene now (looking at a couple weeks there, but who knows?), then a whole lotta UI elements, some animations I may have glossed over, and that's really just the tip of the iceberg. Doda's wrapping up the controller rework, and we still have a bunch of programming to do, like working in the menus, parallax scrolling, a proper cutscene player, and making sure the controls are nice and tight. We already have placeholder animations for a new enemy type - the Tengu, a small and nimble flying spirit - but it's still a ways until we can actually put it into the game for testing.

I absolutely don't want to slap dates or time estimates on anything anymore, because I've flunked exactly all of them so far, but our demo shouldn't take that long to be playable.

Thank you for reading, and we hope you enjoy what we have to show so far! Stay tuned for updates that are - hopefully - not going to take so long to come out next time!

Thank you! Here's hoping we won't let you down :P