Creating the first boss, Toasty Toaster was a good exercise in creating multi sprite object blueprints in unreal engine 4! Here is a video of the boss:

The boss is relatively simple in terms of gameplay, the player must simply avoid flying toast that gets progressively faster as the fight goes on. The fight has 3 phases, toast from the top, toast from the right and toast from the left. Bellow are the phases: 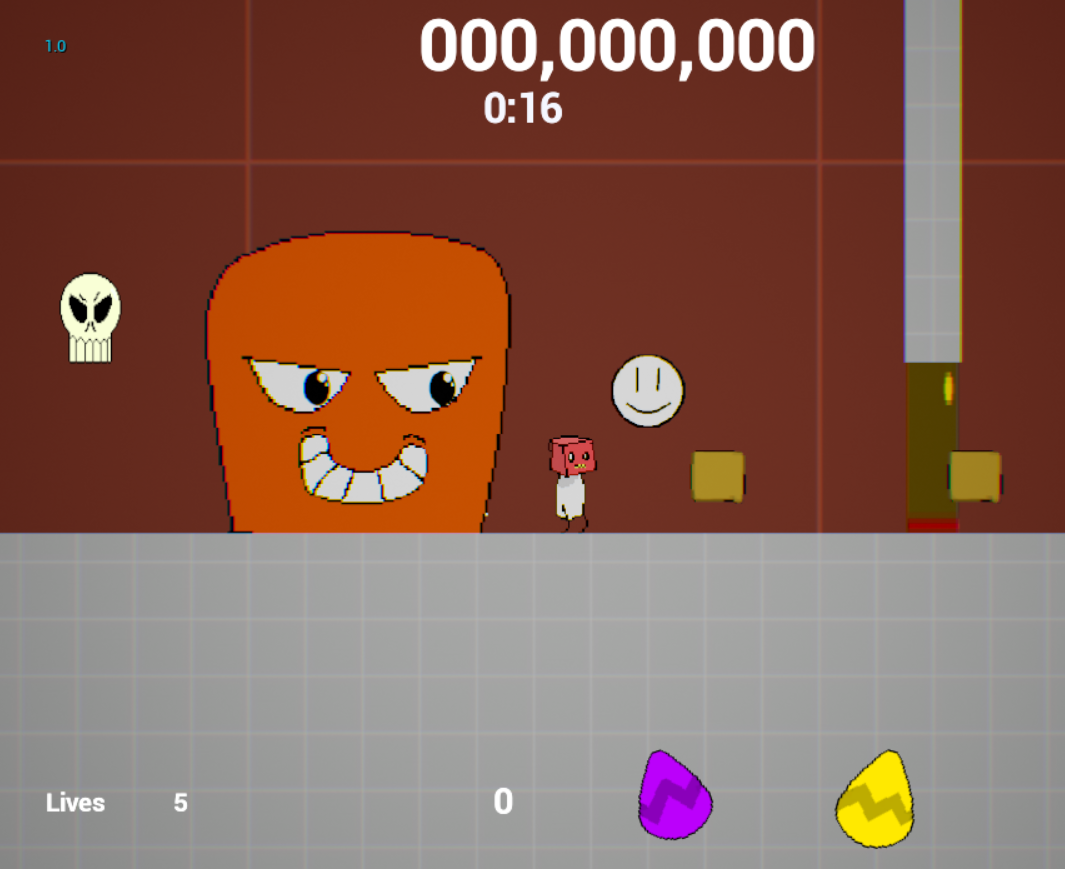 Toast from the right 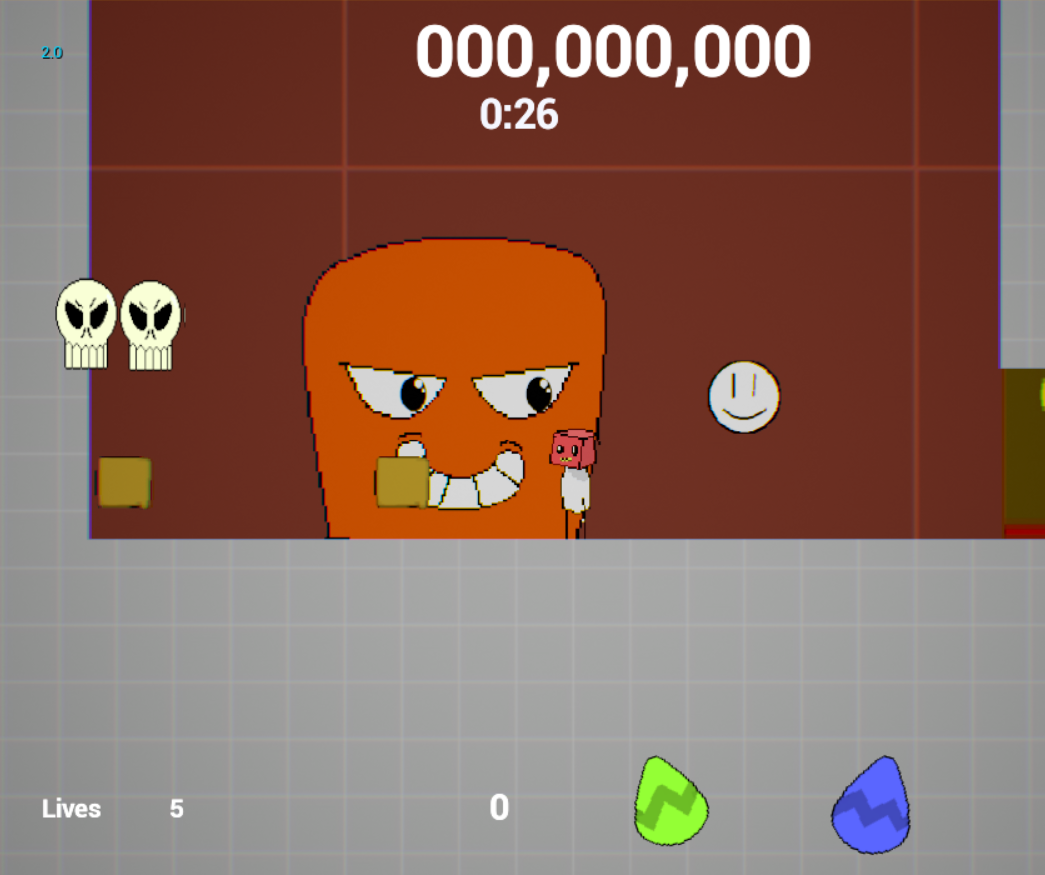 Toast from the left 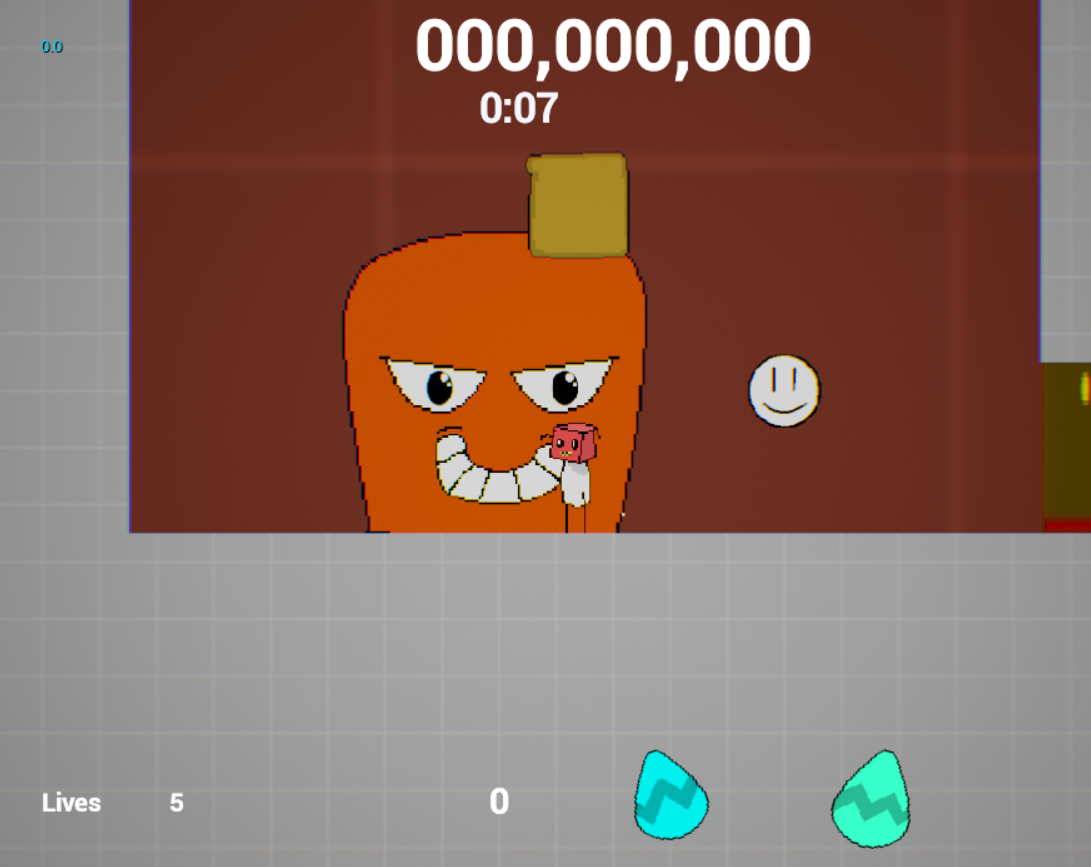 The eyes also work by simply having 3 collision boxes which detect whether the player is to the right, left or directly in front of the giant toaster. If the player overlaps the central box, the eyes point forward. If the right box is overlapped, the eyes point right and left will point the eyes left. Eye pointing is done by simply adding or taking a small value from the position of both eyes on the X-axis. This is shown below: 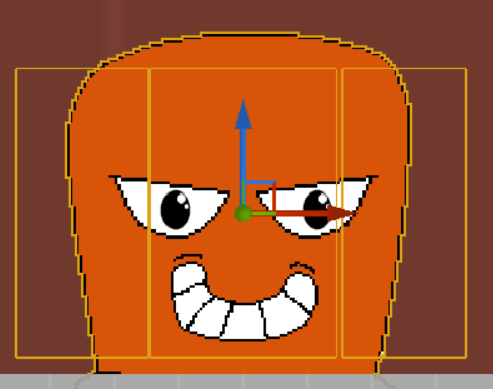 The toast that is thrown at the player is actually a projectile. The direction at which it is thrown, along with scale is altered for the 3 phases. The toast from above is larger to make it harder to avoid. The toast is spawned a set distance 1,000 or so units from the player. This is done by getting the players location, then adding 1,000 to the Z-axis to make the toast spawn from above or +/- 1,000 on the X-axis for spawning right or left.

Finally, the toaster face is animated to a basic level. It uses 3 facial animations for eye shape and 3 more mouths for some more expression! This gives the boss personality, and to create an illusion of a single entity, the boss is built up of layers. These include a white layer for eye backgrounds, the eyes themselves, the orange face, the mouth and on top, two invisible blush marks that are used when the boss is defeated. 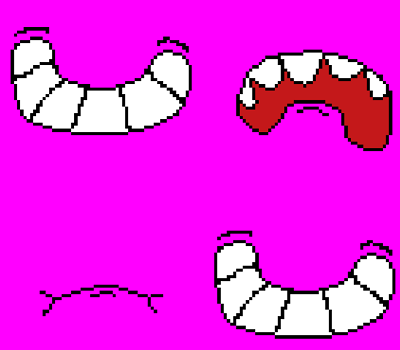 This all adds up to some basic animation. This makes a simple boss a little more interesting! This allows the boss to also react to the player by moving eyes, getting annoyed by not killing the player and being shocked and embarrassed when it runs out of toast, causing it to run away! 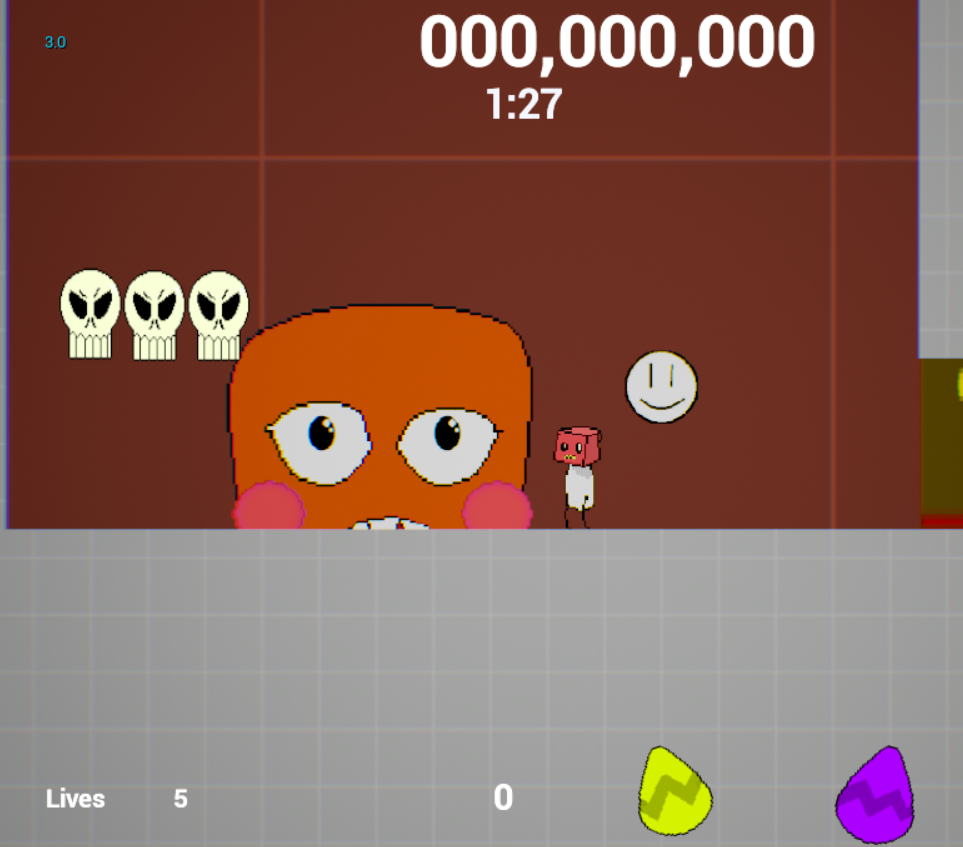 I will work on this boss a little more, maybe adding more mouth types to create smoother animation and use timelines to make the eyes move more smoothly to track the player!