Making a demo of a game was interesting and quite fun!

Yesterday I released a demo of 2D Game (Working Name)! Here is the demo to try.

Yesterday, a demo was released for the game! It is very early and uses levels he primarily display gameplay mechanics. To release a demo had a few challenges to overcome. The first, obviously was creating the game!

The first task was to replace the basic 2D character sprites used in Unreal 4 for a character of my own design. As I am not an artist I decided on a simplistic low res art style for the character, just as a general look at what the character could look like. The character is a robot with no arms. No arms were needed as the robot only needs to run and jump and can pick up boxes using magnetic fields (this is not really true, but arms were forgotten in the initial design)! 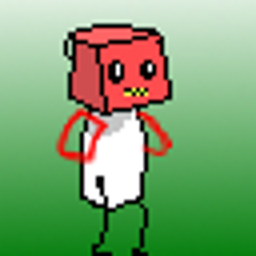 No arms to be found

The second task was to add the basic mechanics you may find in a 2D platformer. This would make the game feel familiar to new players who had played platformers. Fortunately, Unreal 4 has a base content example of a 2D platformer where you can walk and jump. As stated above, I replaced the starter character from that and then used the framework of a 2D character and a 2D gamemode to build what I wanted from that. 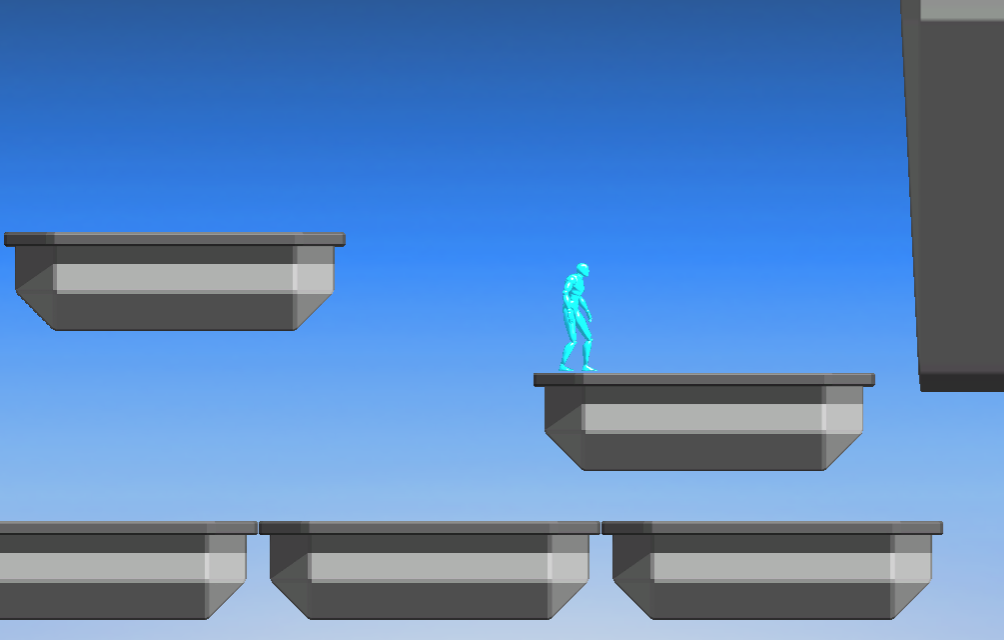 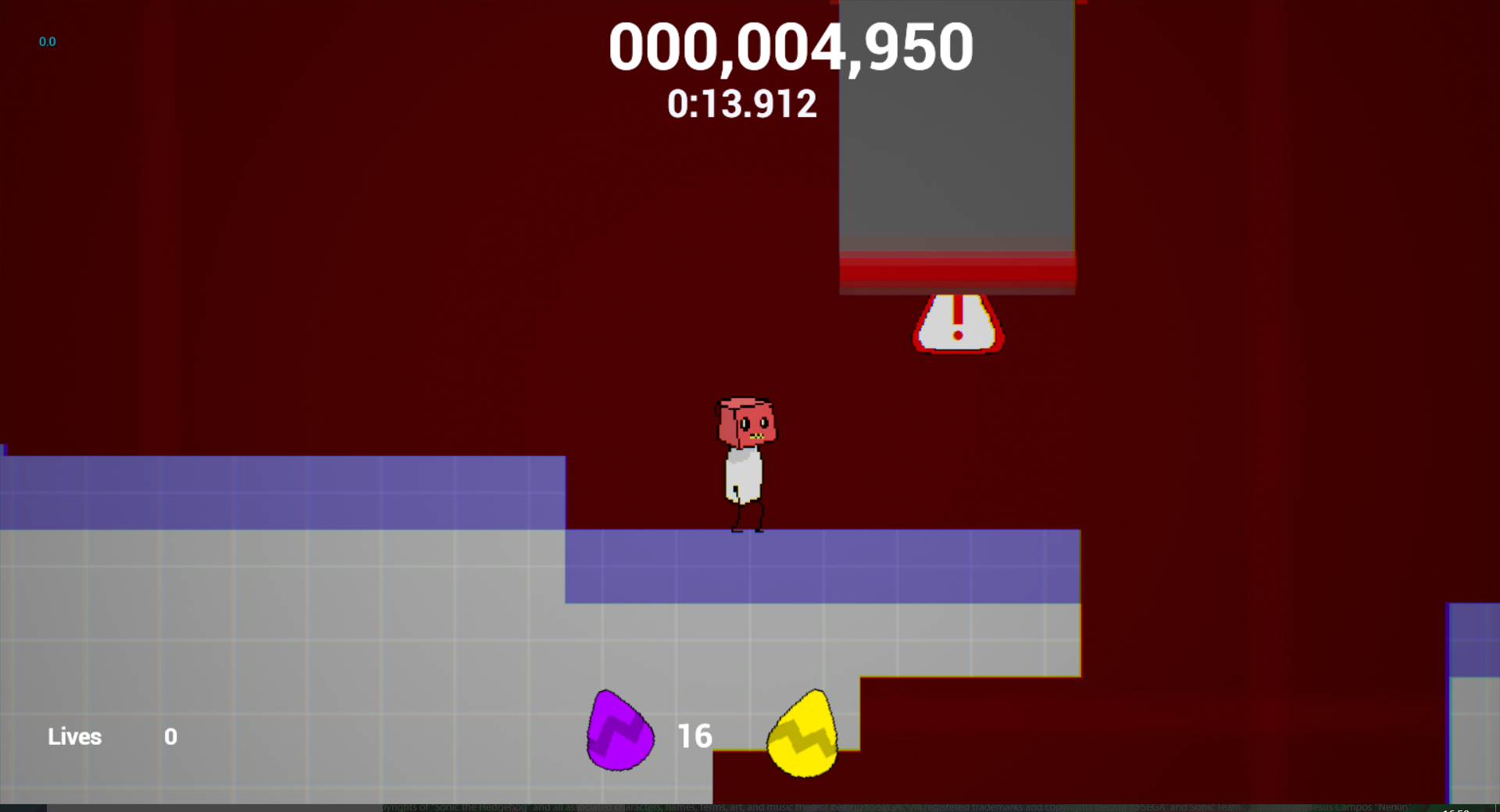 A template is good to use If you are going to use the same basic mechanics but don't have the time to completely build it from scratch! It also allows a lot of time to develop a simple style for the game.

Basic elements were added to the game, including checkpoints, end level flags to complete levels. Another feature is a savegame function so that data is saved between play sessions and is also transfered to new levels with the player. On top of that simple movement mechanics such as ladders and bouncepads that launch the player based on the height they hit it from (although bouncepads are not in the demo due to still being tested mechanically). After this, the ability to pick up boxes was added using the left mouse button, to give a new way to create platforming based elements. 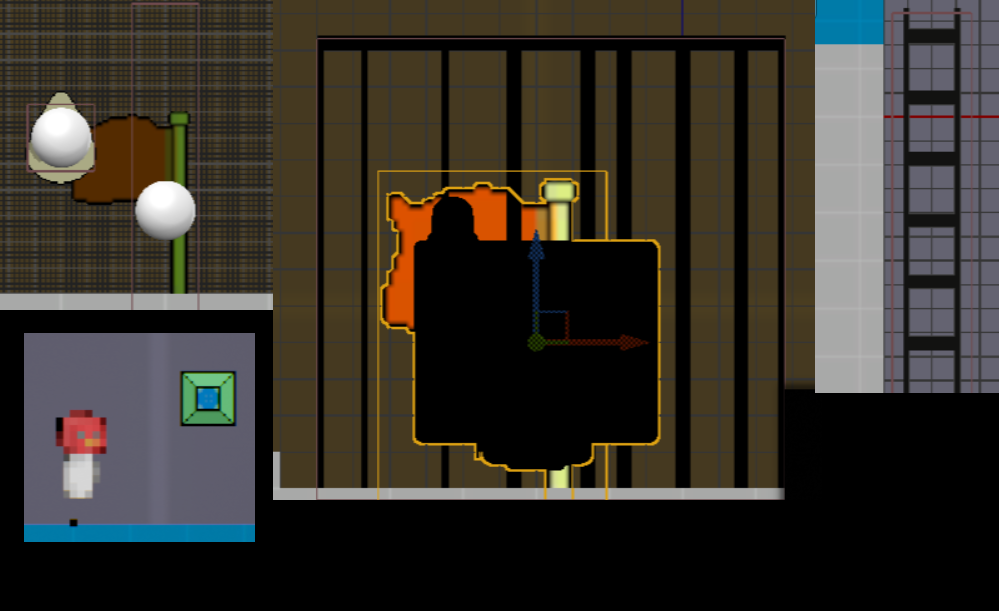 The robot is pixelated as that cube is stolen

Fun to bounce on! Need a lot of tweaking though, new art too.

Levels had to be made to test the mechanics, while giving actual play spaces for the demo. The levels are quite short (at first) and primarily use only one or two main mechanics. The first level in particular, uses a lot of text boxes to inform the player of the button inputs and what to do. 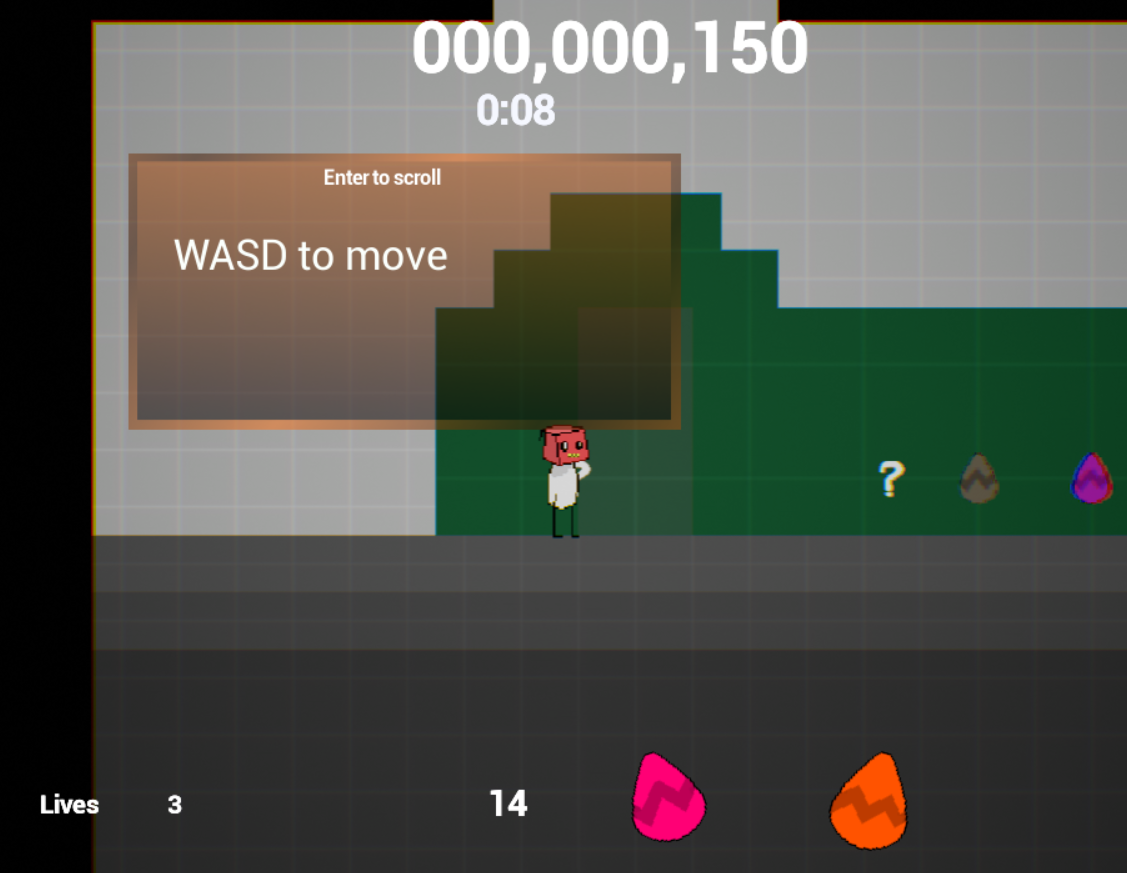 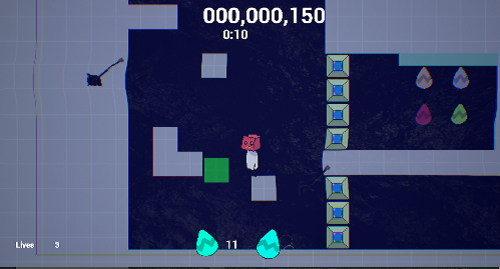 Another example above shows level 7, the first time the player encounters water.

The demo was fun to make and I hope it is in some way enjoyable even at such an early stage of development! An android version should be ready to try soon, just need to tweak the pick up boxes mechanic!

A small note also needs to be made that all of the music comes from bensound.com

That is a good suggestion!

The camera change does stop the player, which is not a good idea in a platformer. I think I will replace it with a large text message that beeps on screen for a few seconds, to allow the player to keep going.