Today I'm proud to announce what must be the most requested feature since Arelite Core was first unveiled : removing random encounters in favor of visible monsters during dungeon areas.

Today I'm proud to announce what must be the most requested feature since Arelite Core was first unveiled : removing random encounters in favor of visible monsters during dungeon areas.

Visible enemy encounters was a gameplay feature I had discarded early on during the game's production as I knew that I had limited ressources (time and money) and preferred to invest in the game's story presentation instead. As I started displaying the game however, random encounters was consistantly raised as a very negative aspect, to the point that a number of potential players outright refused to try the game. As such, it soon became apparent that visible encounters wasn't a dream, it was a necessity. 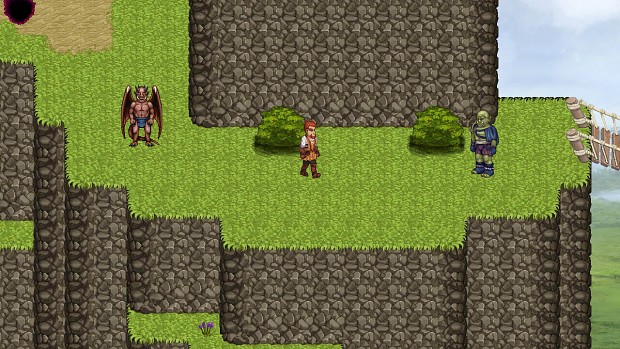 My first attempt at this was inspired by Chrono Trigger, with set monster encounters which would spawn when the player first entered a dungeon and only respawn when he exited, which meant a dungeon could be properly cleared. I felt it was the optimal solution as it added a lot of personality to the dungeons and removed a lot of the tediousness. However, it also meant a considerable investment to create over 80 new sprites to represent the different monsters in game. This strategy also meant rebuilding the layout of a significant number of dungeon areas to accomodate these monsters and crafting interesting movement patterns. Still, I coded some basic encounters to try it out, but this prototype left me unimpressed by this approach because of the art style and the map layout.

After further consideration and research, I decided to take a hybrid approach instead which would still render encounters without adding months of development time to the game. First, rather than individual monster sprites, all encounters would be represented with the same « monster encounter » sprite, which would keep costs low. Second, rather than a series of preset encounters, I decided to spawn encounters on the fly as the player travels through the dungeon and have them roam randomly until the player gets close enough. At that point, they'll slowly approach the hero. 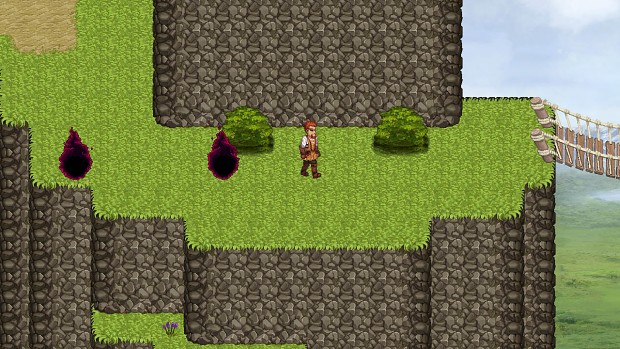 The result was surprisingly empowering. Even though the player can't always avoid encounters, when they spawns in a tight corridor for example, just being able to see the encounters already made the game feel less random and the player more in control. Additionally, in larger areas such as forests, he is sometimes able to avoid encounters altogether by taking alternate paths. It also gave me the ability to balance the game out more easily by added more or less encounters depending on how open the dungeon is, as well as deciding the movement speed of these encounters.

Of note, I did decide to keep enemy encounters invisible on the overworld screen. I tried adding them, but because the overworld map isn't to scale, having numerous encounters made the world feel more claustrophic and the map smaller than it actually is. Lufia 2 was brought to my attention

This choice was made following research into games with visible encounters, and looking at Lufia 2 specifically. Lufia 2 has set encounters in dungeons, with set patterns, and invisible encounters on the world map. I felt this added to the scope of the world, the overworld map not being made to scale so large encounters would feel claustrophopic

And as an added bonus, I also decided to add loot after encounters. Rather than having the player gain items through the victory screen following his or her success in battle, enemies will sometimes drop a bag containing a useful item. This was introduced to increase player interaction in general and follows the ability to open drawers and cupboards in most houses. These extra bits of interaction brings the world to life and gives more to do for the player rather than just walking from story event to story event. 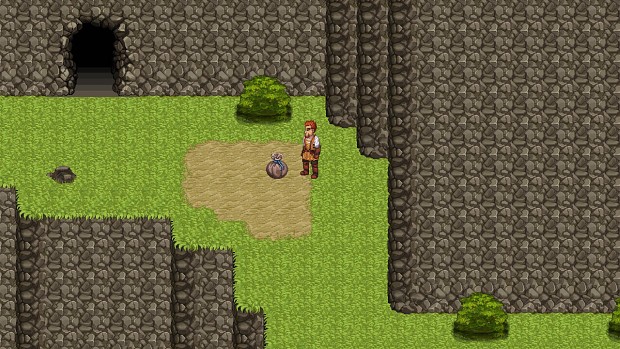 To the victor go the spoils!

The solution is definitely not perfect, I wish I could have implemented the Chrono Trigger method properly. That being said, for only a few days of work, I've mostly addressed the biggest concern my audience had and through good balancing, I think they'll be quite satisfied with the result. At the very least, early comments are a lot more positive.