This week we managed to finish a set of character portraits you'll be seeing in-game. We figured you might enjoy them, so here they are, complete with a bit of backstory! 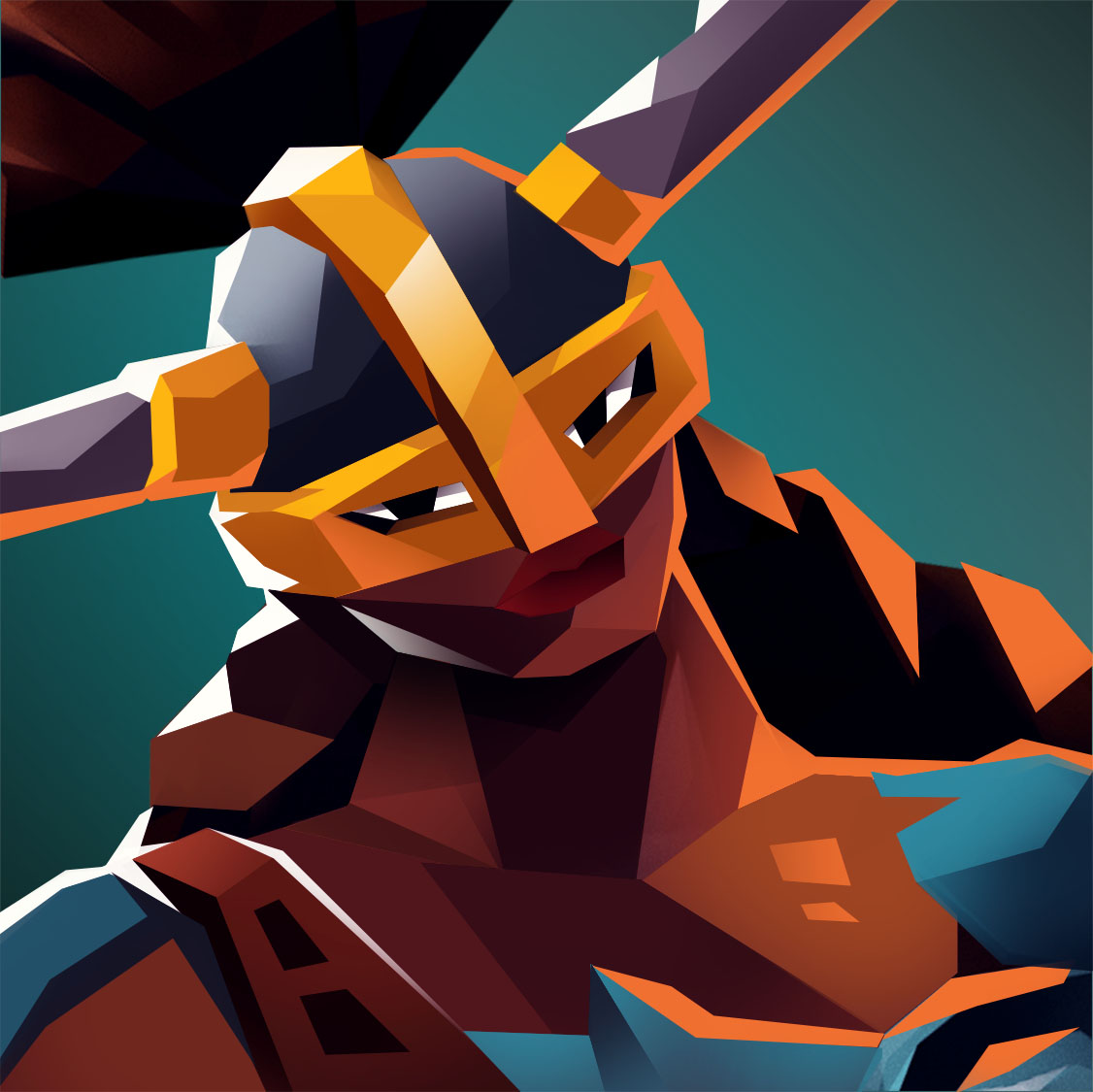 A great engineer and an even greater warrior. Wielding a hammer inspired by Thor's Mjolnir, she deploys a mechanical auto-turret that shreds her enemies to bits. 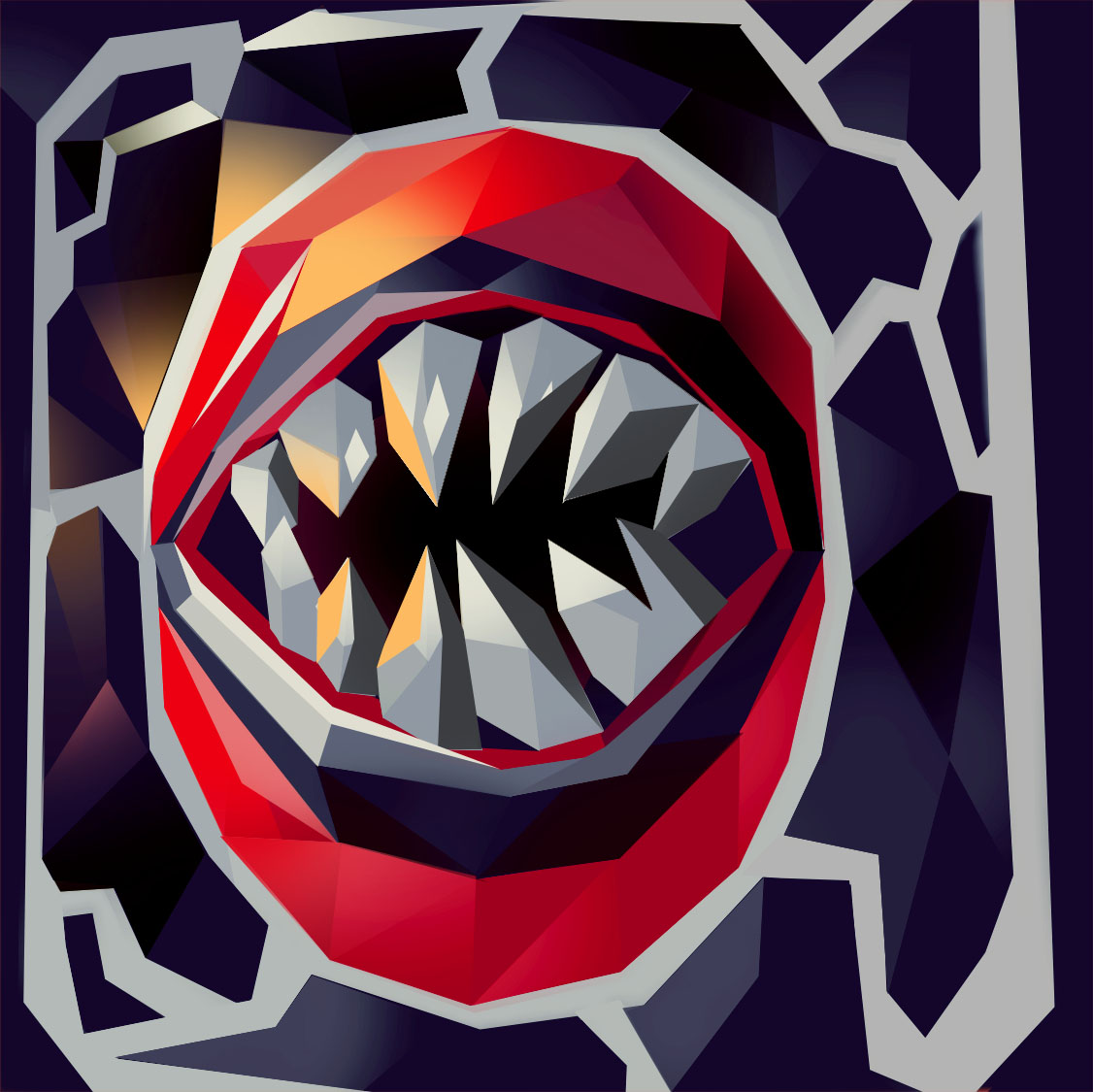 Bhaar-Boot - The Demon of Chance

Initially a rigged die used by Loki to trick his victims, Bhaar-Boot is the embodiment of frustration and unfairness. 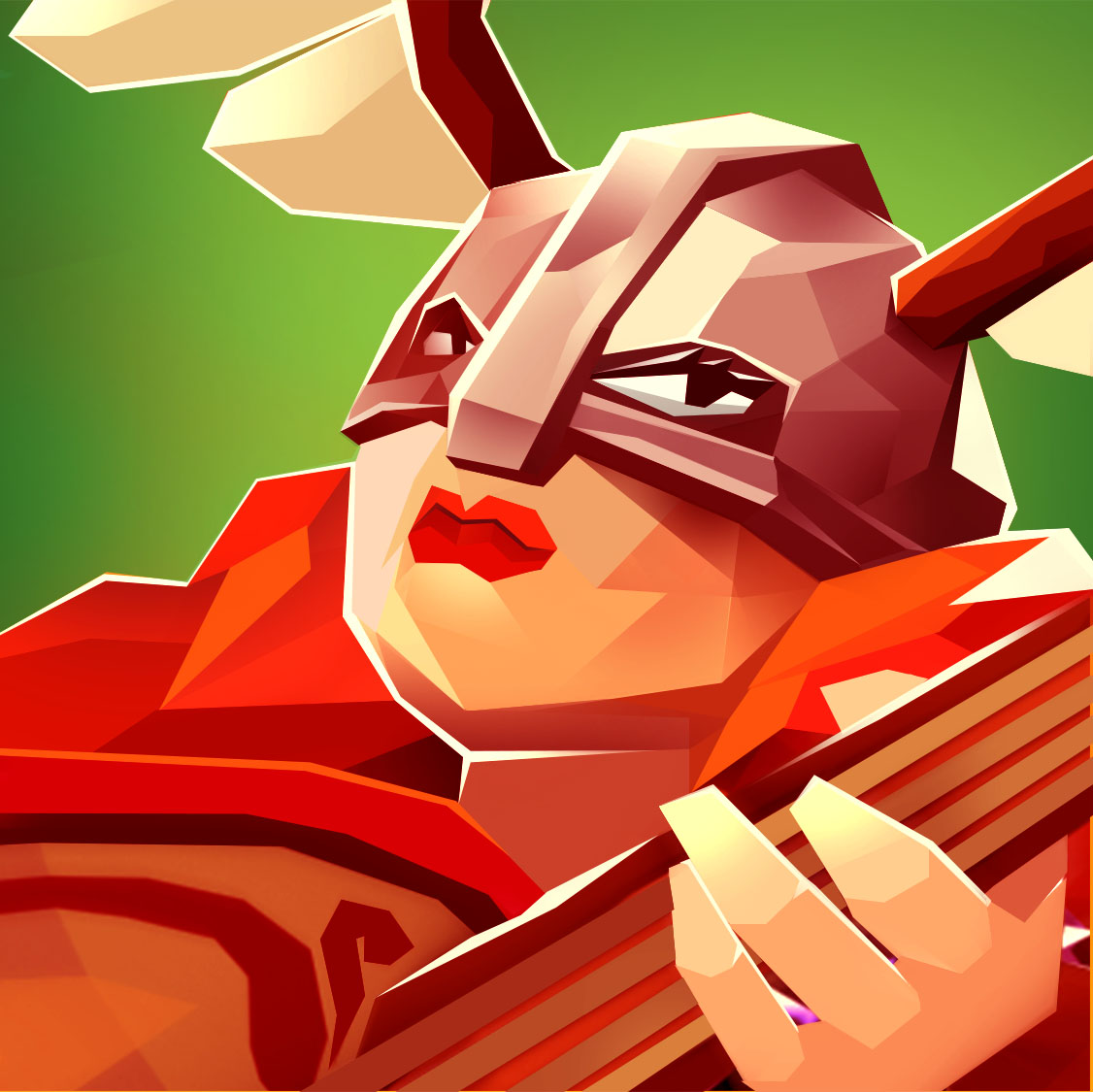 Also known as the Bard of Bards, author of the Ballad of Ballads, Bruhnilde is a clumsy yet brave warrior. Resembling a dwarven Valkyrie, the only thing Brunhilde can handle better than her lute is the spear. 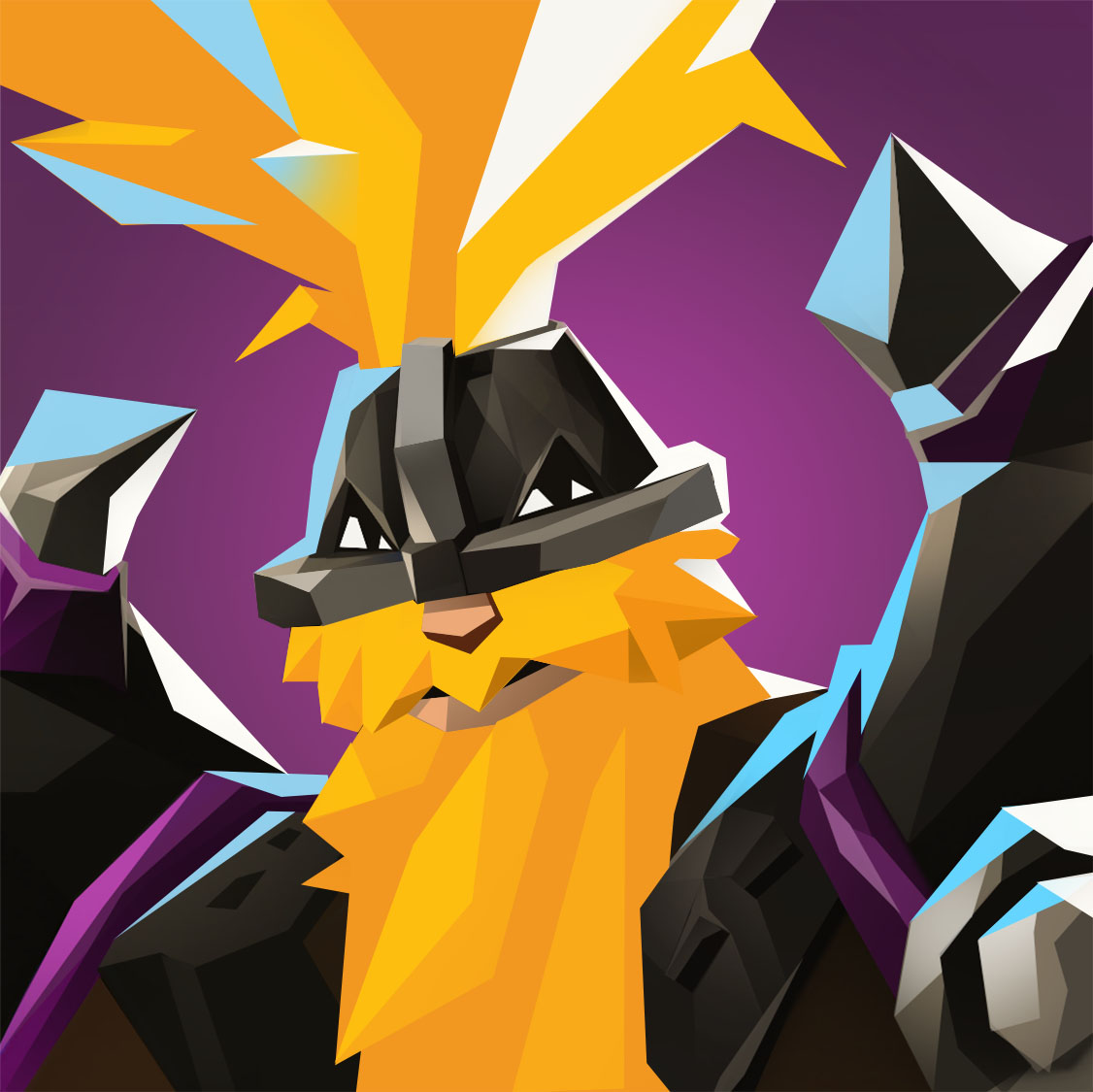 The Dude, the Man, the Bro, Duke is the supreme lord of the seven seas, the first Viking to figure out that surfing is way better than sailing. Although a masterful spear hurler, Duke truly shines when he's riding the tallest wave. 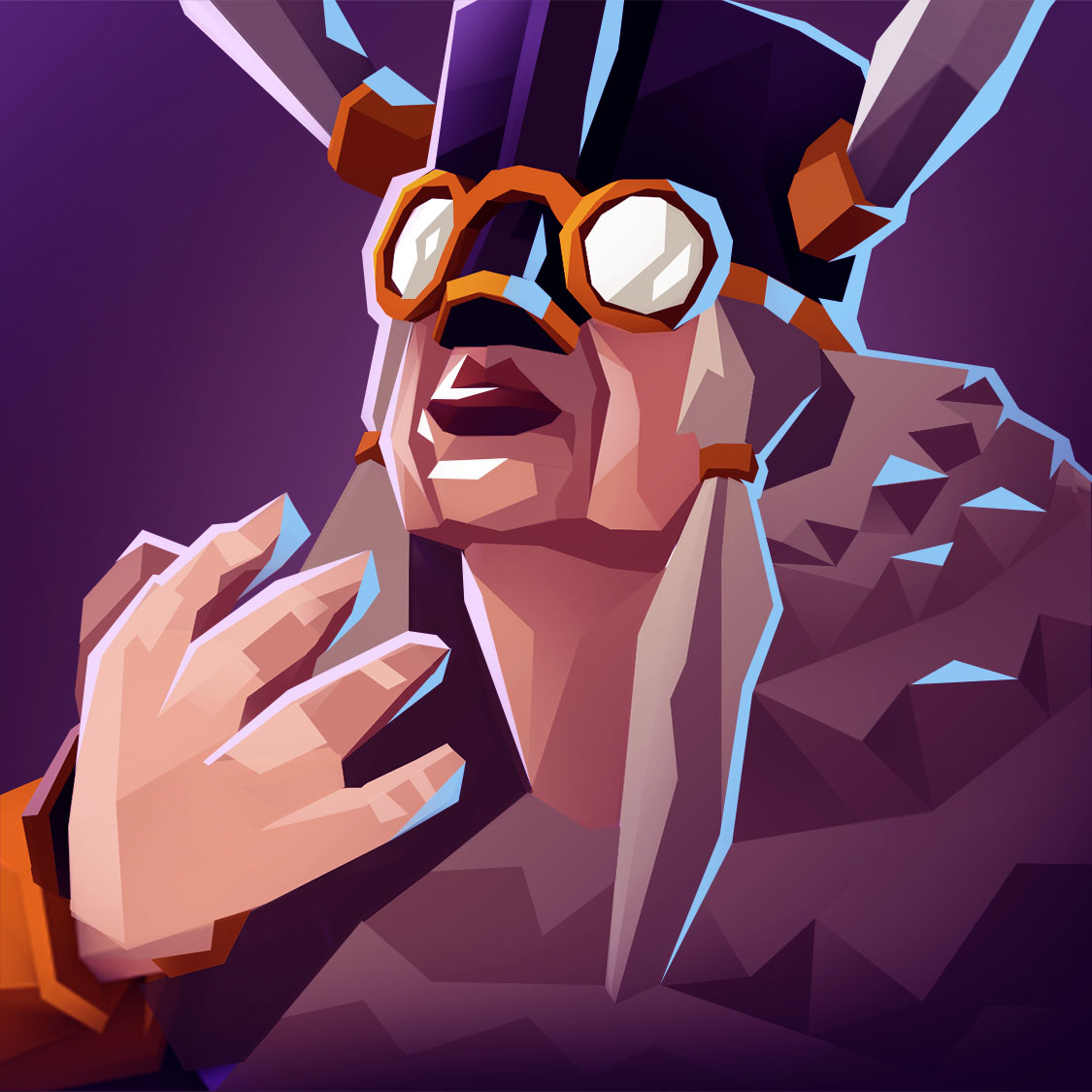 An oddball of the crew (which is really saying a lot), Edith is the kindest necromancer one might come across. What Edith values most is family and tradition, which is why she always enters battle alongside her resurrected relatives. 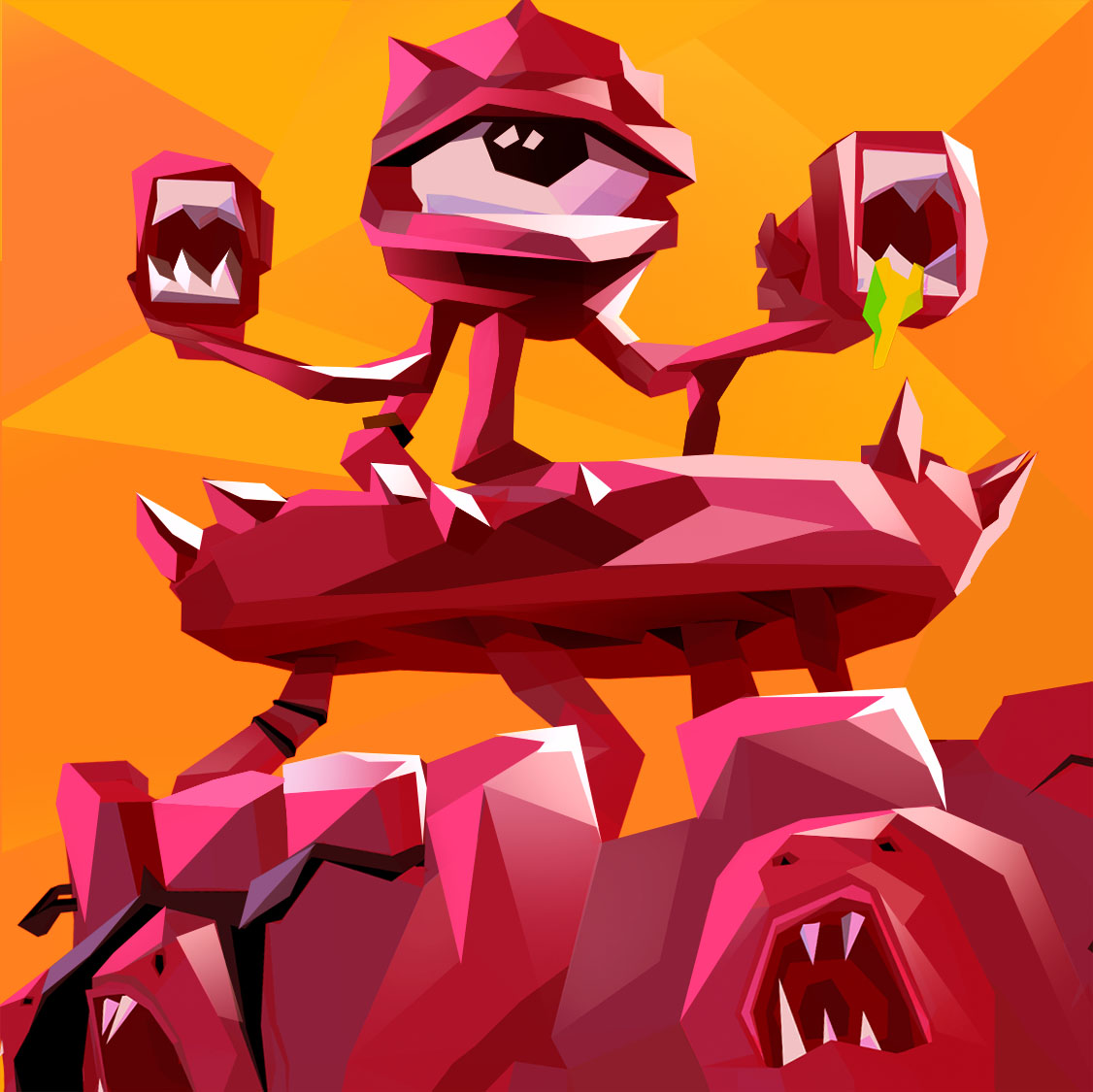 A terrifying living structure, the entity known only as Fortress is believed by some to be born out of Odin's sacrificed eye. Fortress' hatred for the Norse Allfather suggests the same, although nobody really understands the Overlord's utterings. Except of course for the army of minions that follow each and every of the Fortress' commands. 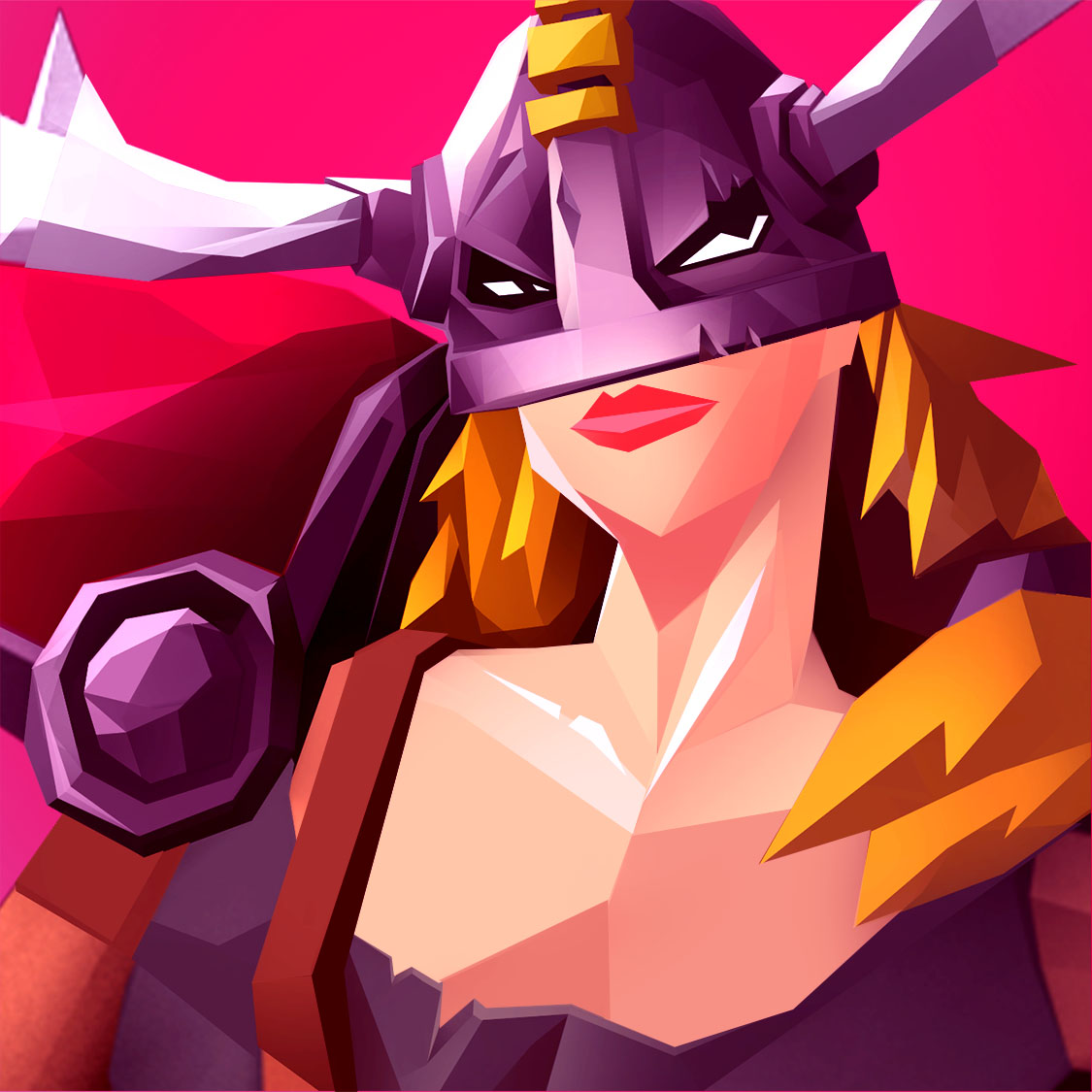 Survivalist, beast tamer and master of the bow, Innes strikes swiftly and without remorse. Although she grew up alone, her days of solitude are behind her, finding companionship in her pet Fifi, the last remaining saber-toothed cat. 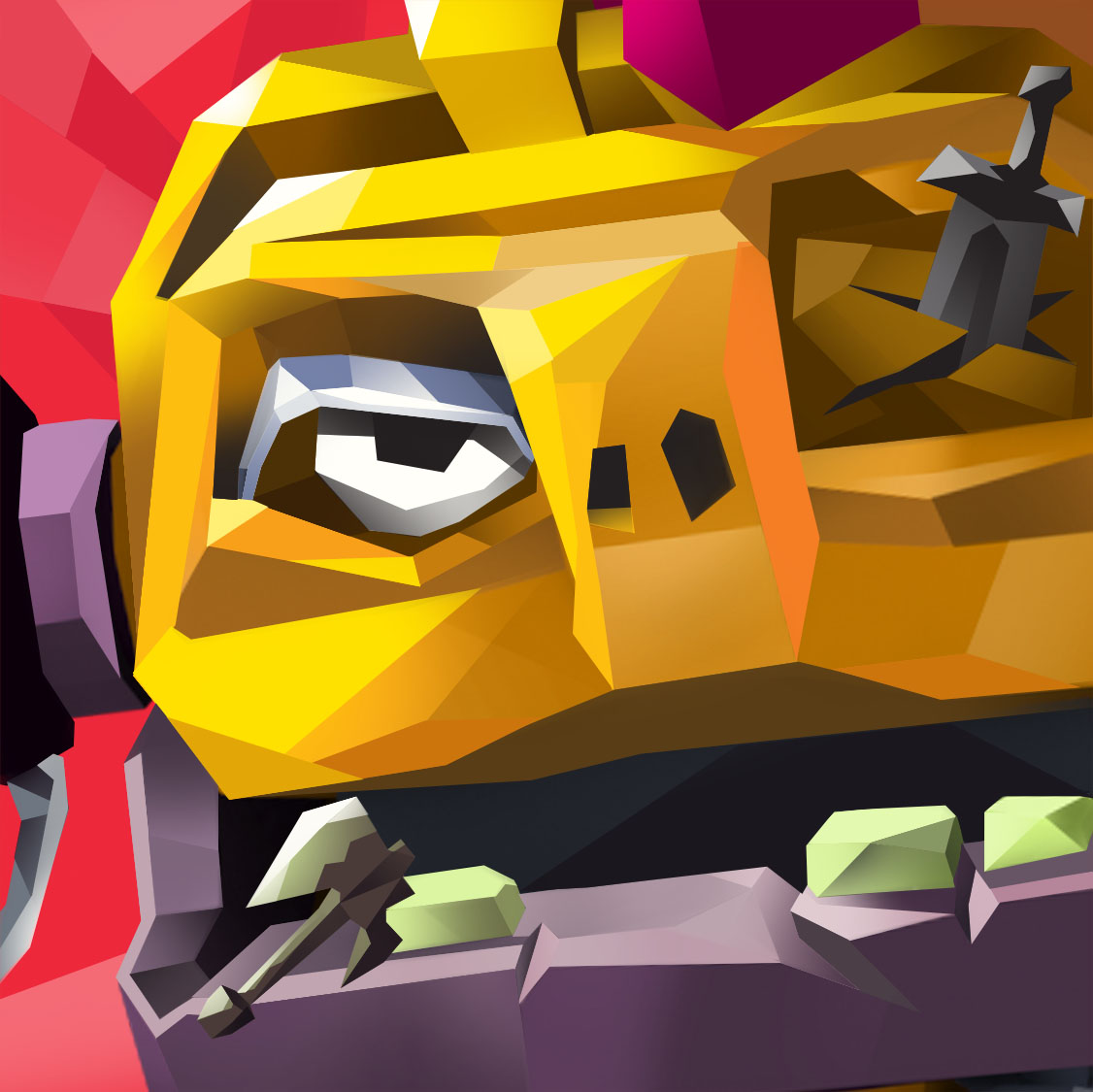 Initially an oversized mining tool, this malevolent warmachine was adapted to serve as a weapon in the wars stirred by Freyja. 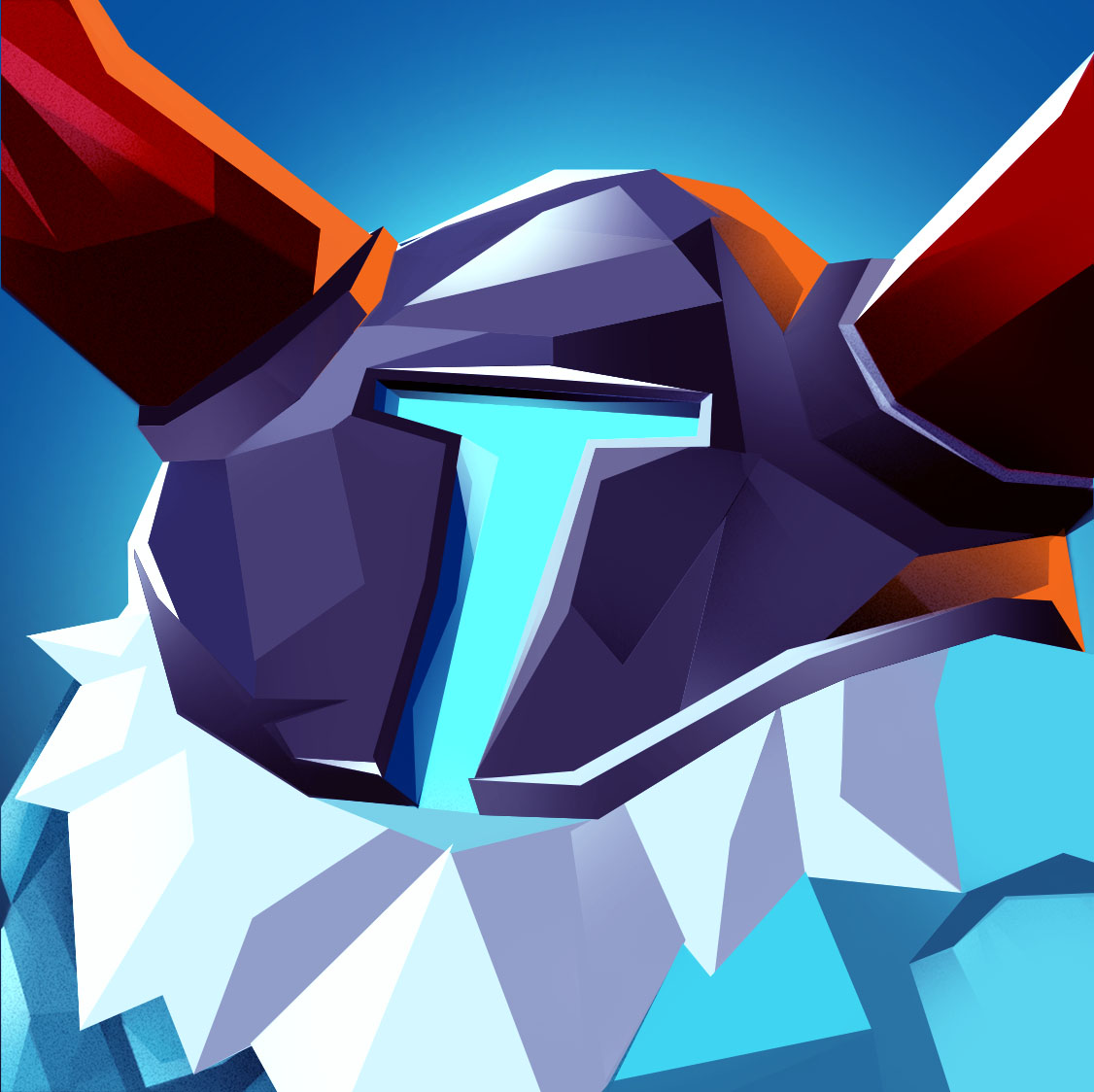 Not much is known about Krampus other than the day he fell from the sky in the form of a blue nugget. Years have passed and Krampus grew up to be a great warrior in spite of the fact that nobody understands a word of what he's saying. He's insanely handy with the Greataxe. 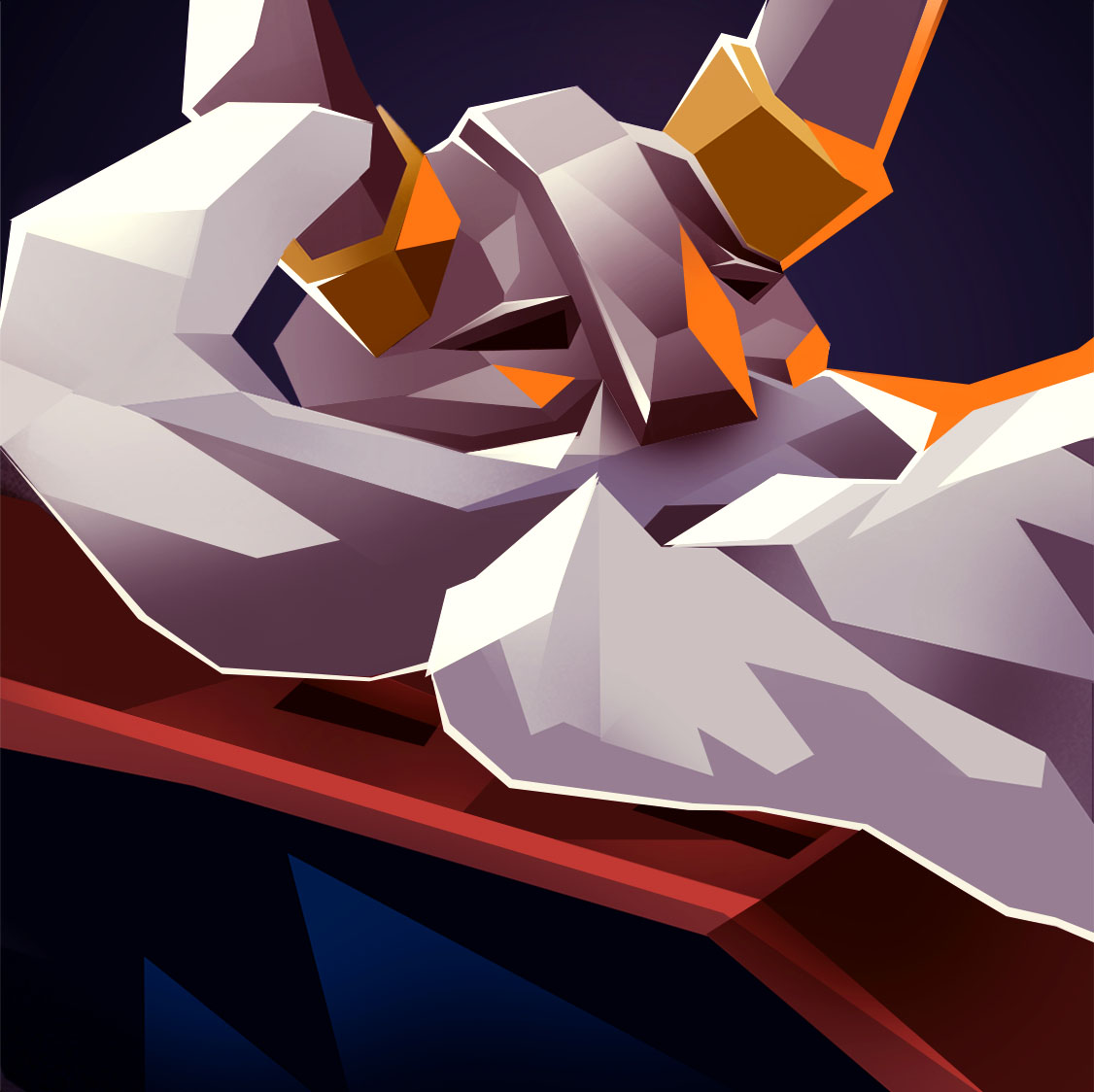 The embodiment of Vikingness itself, Magnus is a born leader. His age, wisdom and experience serve as guidance to his fellow Norsemen, while his skill with the twin greatswords serves as inspiration. 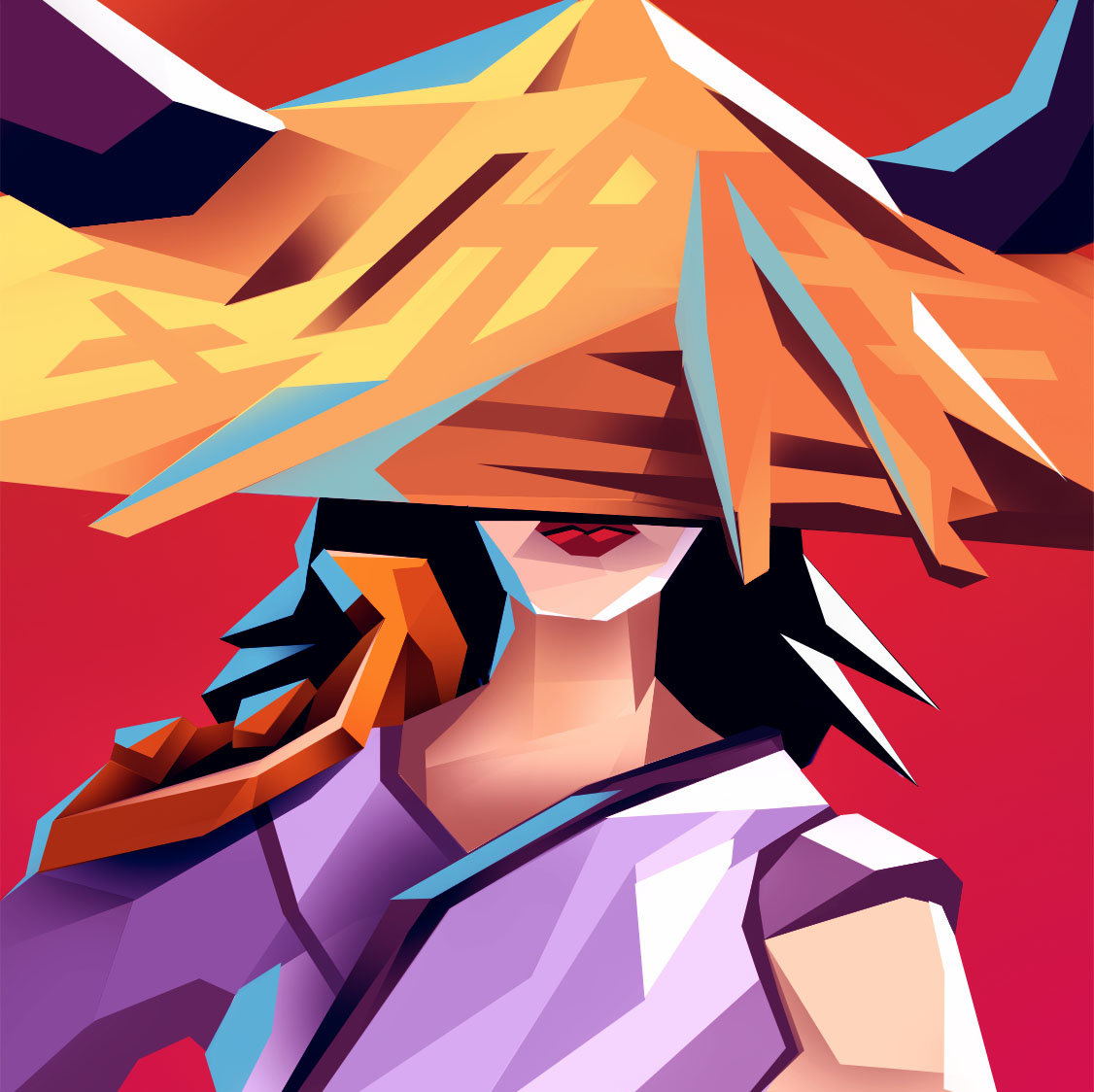 A wayfarer and a woman of culture as well, Miko is best described as reserved, careful and downright deadly with the repeating crossbow, acquired during her travels through China. 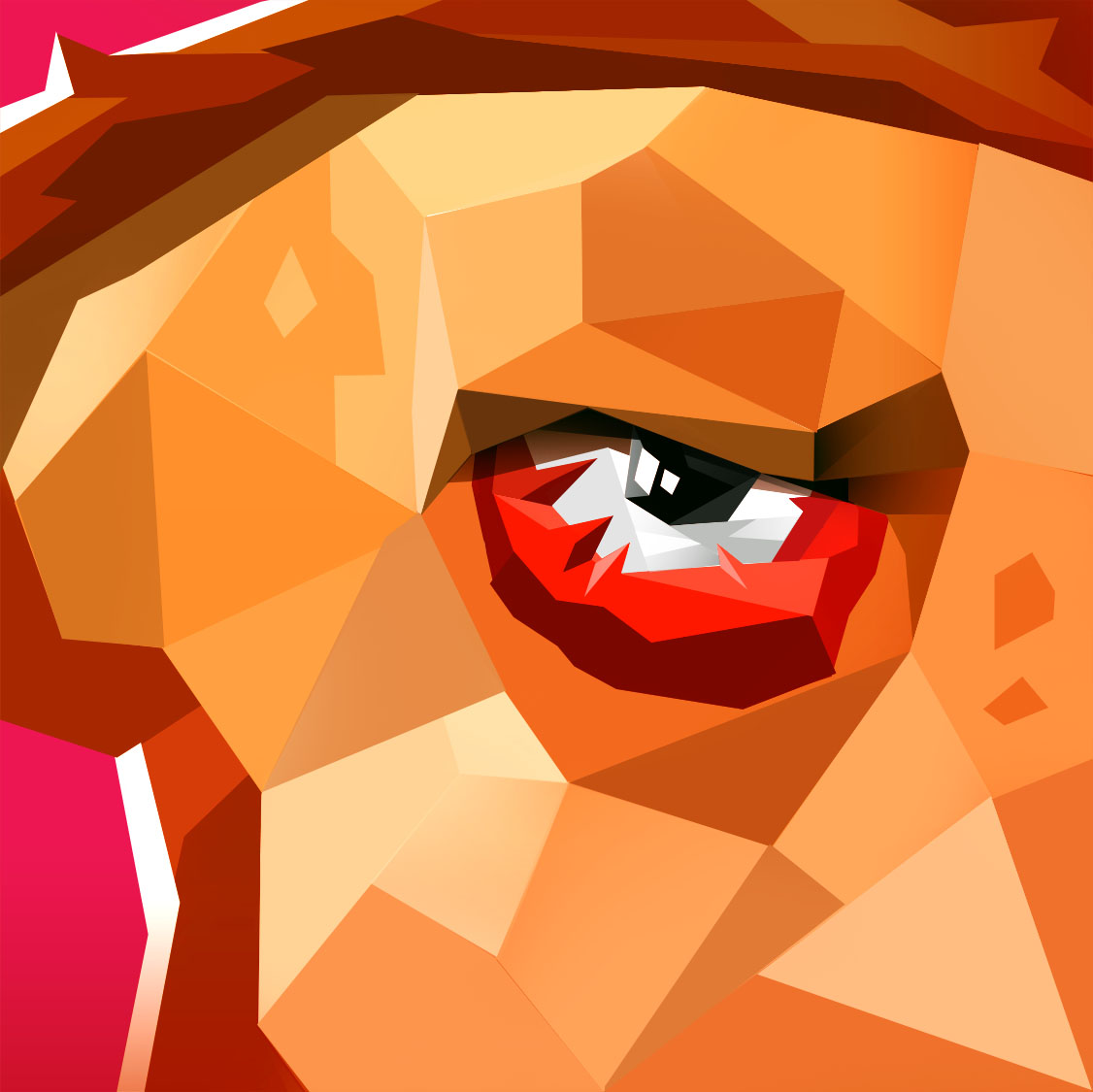 Olaf of Bread - The Cyclopean Slice of Toast

Few have managed to stare Olaf straight in the eye and remain unflattened. A professional dealer of pain, Olaf excels in both cunning and might, stopping at nothing from bringing his foes crumbling down. He has a hatred for anything non-starchy, especially for Idun's healthy, rejuvenating apples. 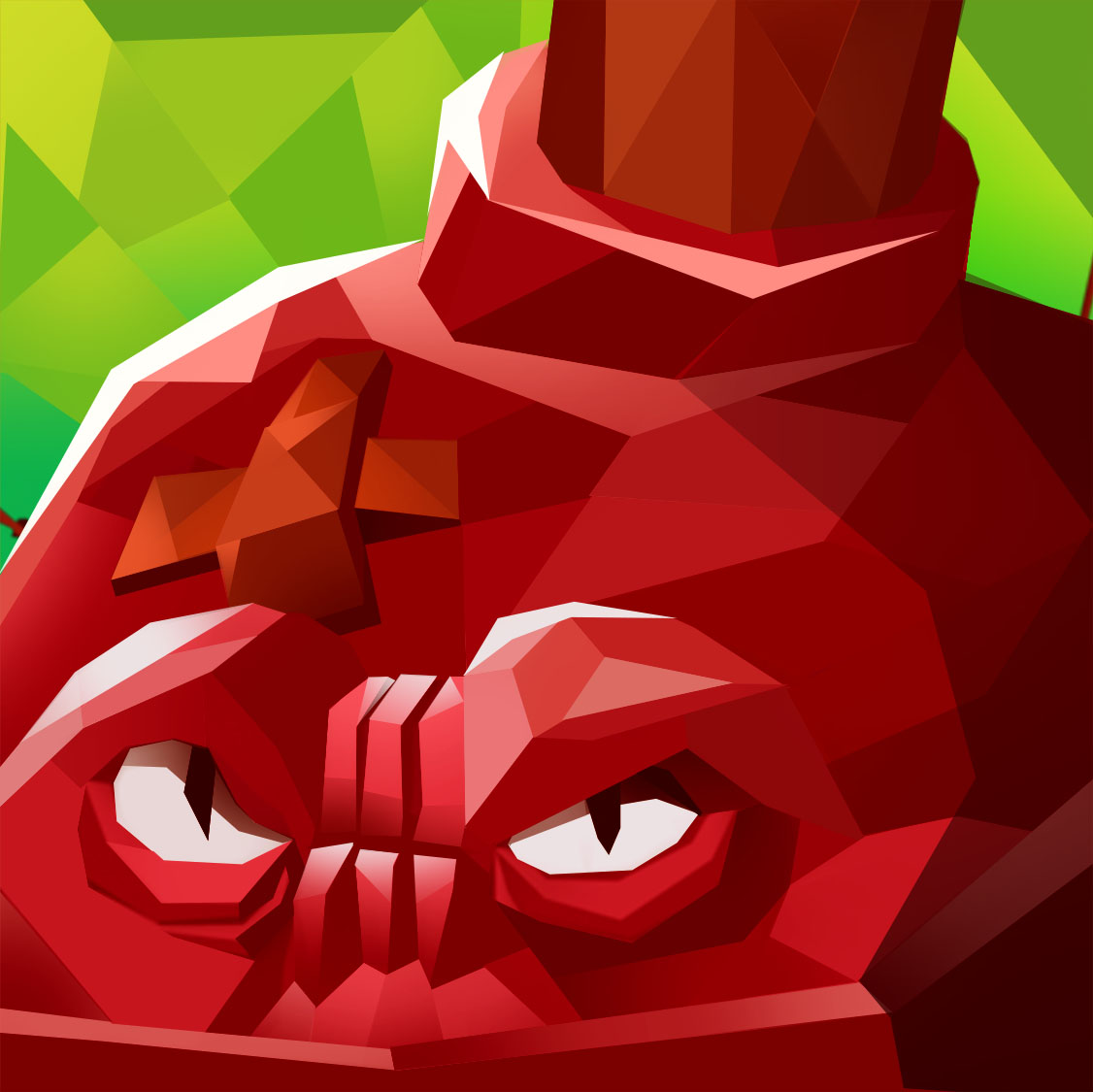 Plunge D - The Purveyor of Stench

A foul anomaly caused by Thor. Plunge D. used to be the Norse God’s weapon of choice against the Giants, long before Mjolnir was crafted. Thor discarded the plunger after receiving his new hammer. The now-abandoned plunger grew jealous and swore to prove its might so that one day Thor may choose it over Mjolnir.

We hope you'll enjoy them. Feel free to use them as your game avatars or social media profile pics if you wish.