Action Circle Tempo (ACT) is a Quick Timed Event (QTE) in Legrand Legacy's party combat system. ACT is a feature where before a character hits its target, the player has to hit the correct button shown at the right time for a critical hit. If the player misses, damage & hit % & critical penalties will be imposed. 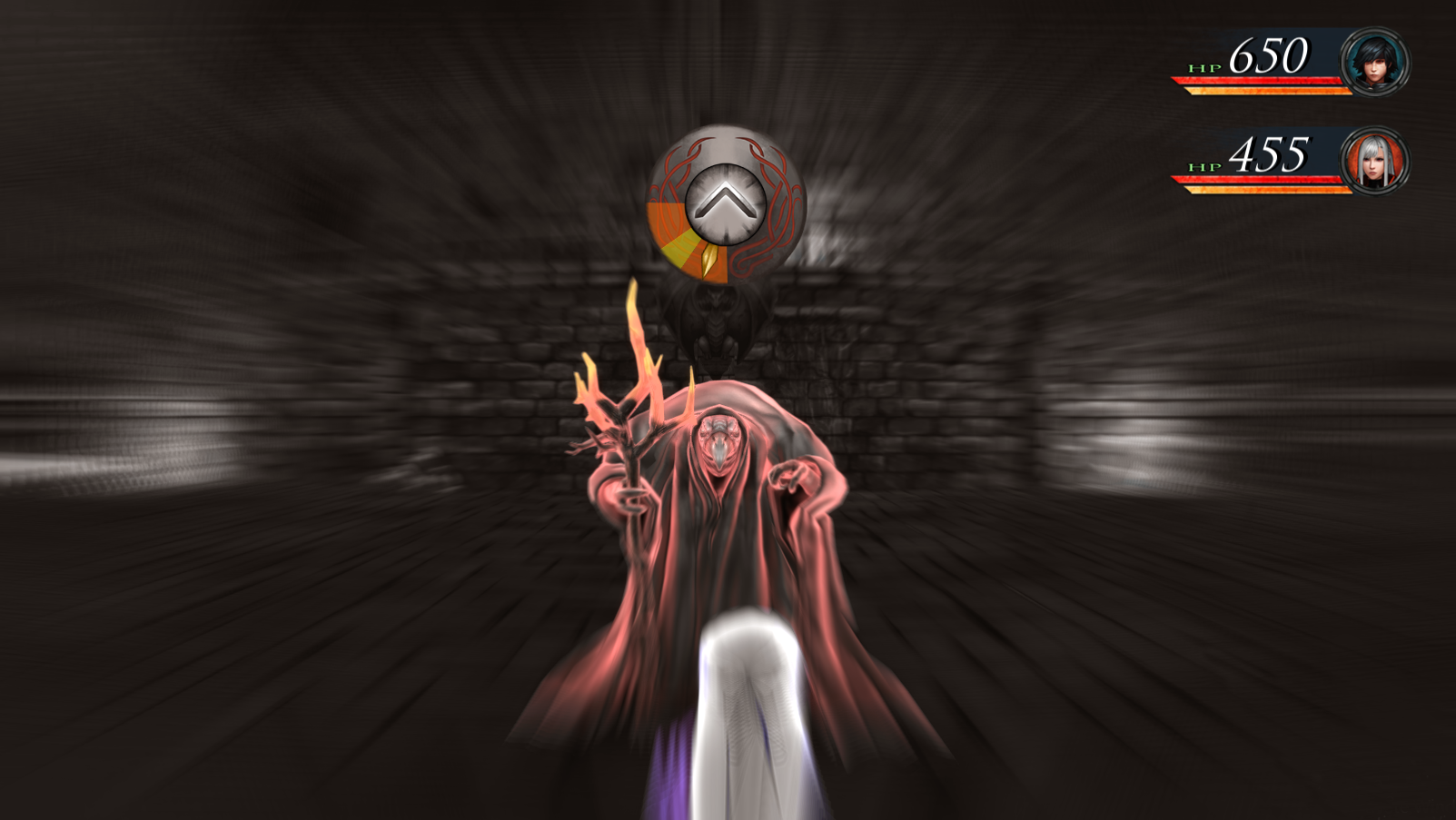 ACT as shown above in Legrand Legacy

Why we choose ACT?

There is not much “X Factor” or should we say “differentiating factor” in the latest RPG games. When you choose a command (attack, defense, etc.) in battle, there is an almost fixed result with a very small deviation that you get. Once a command has been inputted, the player does nothing else but watches as the results unfold. We won’t do that in Legrand Legacy. By incorporating ACT, the player’s attention is still engaged while results are unfolding. The results are also more dynamic than if ACT is absent. ACT basically prevents button mashing with no strategy user experience.

How did we start developing ACT?

The original idea when we were developing ACT was just an arrow that spins 360 degrees with no surrounding circle. But it looked kind of weird visually. So we started experimenting with a circle gradually shrinking with the same mechanics at its core. This feature’s inspiration was from Legend of Dragoon’s Timed Hit System.

After some iteration, we found the feature to be too linear: there were only success and fail. The “perfect timing” was also ambiguous for the player and this is not the kind of challenge that we want to impose on the player.

The next design idea was a pendulum. This design started to incorporate a “Good” and “Perfect” range of timing. But soon after, we found that the pendulum swinging back and forth was a little confusing for the players. So we decided to scrap that idea.

After many iterations, we finally concluded the current ACT is the best balance between challenge and reward while preserving the attention span of the player.

What are the challenges in developing ACT?

Our main focus right now is that the player is not caught off guard when ACT appears. Hence, the visual and audio design, position, and frequency of ACT appearing are constantly being iterated.

The next difficulty is to determine whose ACT is this on the player’s screen? One of the unique features in Legrand Legacy’s party combat system is the “results” are resolved simultaneously for all present characters and enemies alike. That’s why, we face a unique problem whereby multiple ACT can appear one after another within split seconds leaving the player bewildered, a classic “what just happened there”.

So, any solutions for the problems?

Addressing the “players caught off guard” problem, the position and size of the ACT are randomized within a visually clear range. We want to make sure that players don’t feel that the combat experience is tedious and that they are constantly anticipating for the next ACT.

The solution to the other “what just happened there” problem, we used different striking colors for the “good” and “perfect” range. Different colors and camera angles are also used to differentiate between the different character’s offensive and defensive ACT.

ACT essentially challenges the player to be adept in the eye to hand coordination while also constantly keeping their attention span even after inputting their commands. ACT also rewards the players with additional EXP (to ease grinding) and considerably speed up repetitive combat. Well then, what do you think of ACT?