Over the past month I've been slowly but surely making progress on v0.5 and the migration to Godot 3.0. I said this in my last update, but I can't say enough how much I appreciate everyone's patience as I work through this stage of development, especially considering the constraint it puts on adding any new major features to v0.4.x.

While I've been working on the new Map Editor implementation and general editor functionality, my wife took some time and made these awesome new dungeon assets to include in my official example game! These will eventually be included in the sample assets that come bundled with RPG in a Box.

In regards to the new editors, I've been focusing on building out the Map Editor further, various tweaks to the Voxel Editor, and the usual bug fixes. I don't have many visual things to showcase, however there are some small but interesting new features that will be useful.

For the Map Editor, I added a new shortcut key that will temporarily hide any "extras" (navigation paths, grid lines, marker icons, etc.) while the key is being pressed. This allows you to easily see what the map looks like without needing to individually disable each of the indicators from the toolbar.

Another small but useful feature coming to the Voxel Editor in v0.5 is a "frame length multiplier" setting that can be adjusted for each frame of a voxel model. This will give you a lot more control over animations. For example, for the dripping pipe below I've changed the frame length value for the last frame to a higher value so there is a delay in the animation between drips. Currently you would have to insert a lot of duplicate frames to achieve this effect.

Since I've received feedback from several people about including some sort of built-in documentation and/or guides, I thought it would be cool to implement an offline documentation viewer based on the existing wiki pages available on my main website. So I spent about a week writing a tool to automatically generate a set of UI components from the DokuWiki sources. Godot's wonderful scene system made this quite simple to do! 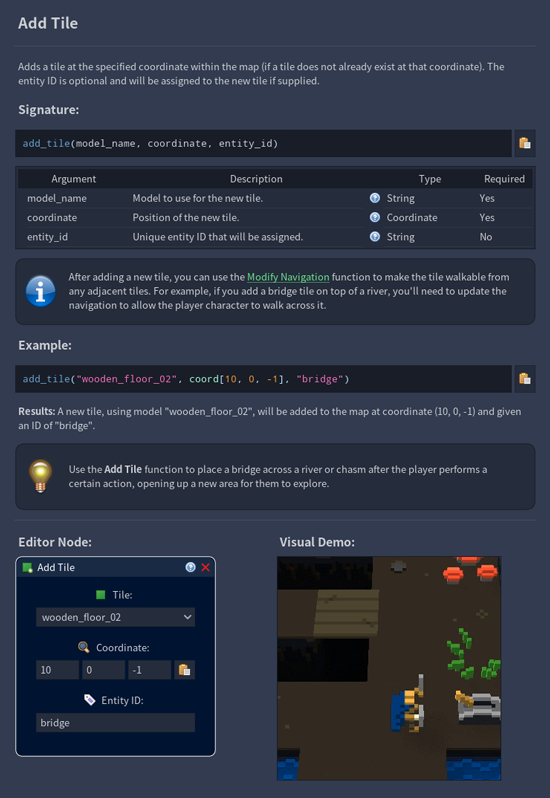 At this point, my tool will convert the reference pages for all of the scripting functions (including clickable links between pages), but I still need to make it a bit more flexible so it works on other documentation like guides and tutorials. I also plan to add some search functionality so you can search by keyword. I'm excited about this as it will allow me to easily include a self-contained help system that doesn't require you to be online or leave the application.

I recently updated the Demo Game Hub with a small PETSCII-style world! As with the other areas within the Demo Game Hub, there's not much gameplay-wise, but it's a great way to explore one of the many possible visual styles you can achieve with RPG in a Box. :) 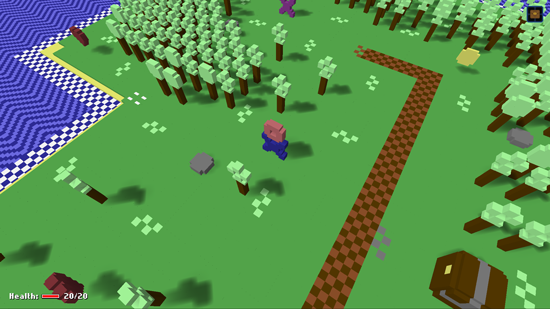 With the addition of the PETSCII-style game, there are now three areas to explore, each of which can be accessed from the main hub level. The Demo Game Hub is available for Windows, Mac, and Linux and can be downloaded for free on Itch.io here: Demo Game Hub on Itch.io 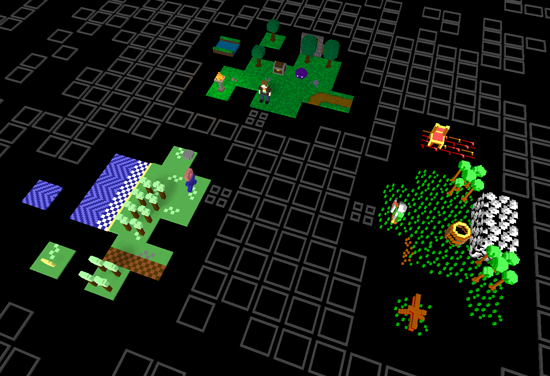 I don't have much in the way of other news, but as of earlier this month (March 6th, specifically) it's been three years since I first announced the start of RPG in a Box! It's hard to believe it's been that long. Now that I'm working full time on it, I'm really excited about what this next year will bring, and I expect a ton of progress to be made. Thanks so much to everyone, both those who have been following from the beginning and those who have just discovered RPG in a Box. Your support is very much appreciated! 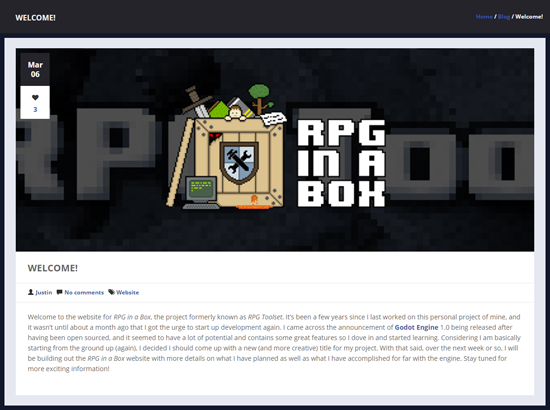 If you'd like to find out more about RPG in a Box or try out the free demo version, check out my Itch.io page here. Once again, thank you for reading and for your continued support! :)

Check out the Trello board for RPG in a Box to follow my progress in real-time!

And those bats? You based on my Vloxelworld bats and upgraded them?

My wife designed and created the bats on her own.