The Drag[en]gine is a fully customizable game engine and game development environment designed with modularity and extensibility in mind not requiring expensive licenses.

Also managed to get the IGDE (development environment) on the Microsoft App Store. You can install it from there to get automatic updates

Now both the Game Engine and Development Environment is available on the Microsoft App Store. 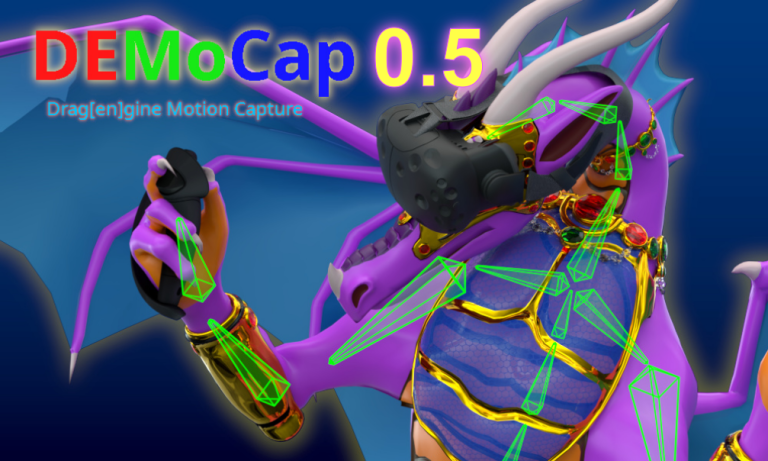 The DEMoCap submission to the Microsoft App Store is still being worked on. Certification of the submission is still stalled but should move on soon. Additionally DEMoCap will be also made available on Steam later on.

The video below shows a complex motion capture test with non-humanoid actor. The captured animation has been imported into Blender and post-processed into a video sequence. This has then be rendered using Blender 3.0 and GPU rendering.

This could be now improved by improving the scene in blender as well as motion capturing also the wings. Here the goal had been to test full body motion capture. Wing motion captured is a separate topic.

Follow
Mod SDK & Community
Built a game for Drag[en]gine and want to support mods? Try mod.io, a cross-platform mod SDK created by Indie DB which makes it easy to get a mod community up and running in-game. Currently seeking games to integrate and promote