Star Blitz X is a 3d first person shooter that’s homage of the 1980's and 1990's arcade light shooter genre like Duck Hunt, Time Crisis and House of The Dead. It uses the same game mechanic of applying a defense tactic to position, point and shoot from those past games.

The year is 211X A.D. and Earth is invaded by an alien race called the Gargon of the Andromeda galaxy. Their purpose is to save the universe from an unknown event from the legendary "The Omega Black Hole" that arise for every 1000 years. It is said that will consume a solar system and continue to grow larger until at least two galaxies are engulfed before it disappear for another 1000 years. The Gargon where believed of having the technology of preventing the event. But the price for each citizen of the world must be pledged to be assimilated within the Gargon's empire for salvation. Just as Earth is the next target the scientist learns the truth of the Gargon are exploiting a false event to further their enterprise into conquering other worlds. Met with resisted as the Gargon created a ring of asteroids to surround the planet, and launch both asteroids and missiles at the Earth. As the planet faces its darkest hour. The United World Space Defense activate the deflector shield to protect the Earth, however little did the U.W.S.D. knew that the Gargon set a trap within the asteroids and missiles to counter and penetrate the shield. Realize that the shield was not enough the U.W.S.D. depot the defense satellite called the Star Hammer to Counter the Gargon's threat.

The Game is in the beta stage of the demo that comes with high octane action of 20 levels and the bonus round. The difficulty level of the game play becomes engaging with 30 seconds is added to the time limit for level 6, 12 and 18. When reaching the bonus round, it switches to a 2d fix shooter that is similar to the arcade game Galaga as you take in a parade of Gargon’s space ship.

Once the full version is available it will include 50 levels, two bonus rounds, time limit of 30 seconds added for every 6th level, more variety of asteroids and a nonlinear gameplay of two ending sequences

Contact us at artinkstudios@protonmail.com for your feedback or suggestion to help improve our game.

Tip: The game can be played with a PlayStation joystick, or any controller with a USB cord to connect with a PC to get a better control experience. 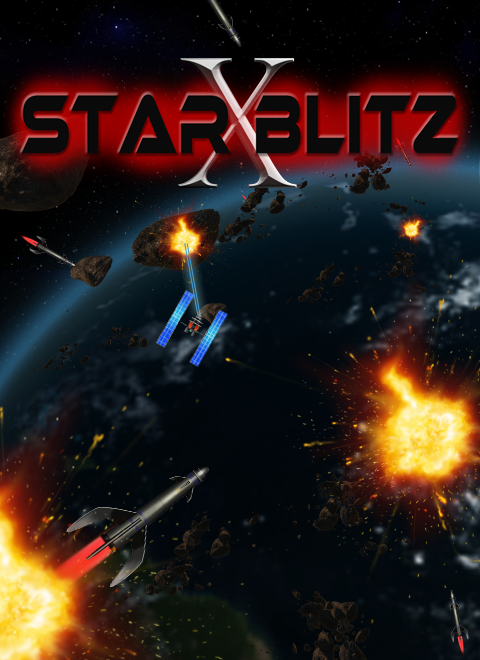 A quick tip when uploading the game. As far I know it would take 11 minutes before loading is complete on slower computers. Here is the system requirement to play the game for the computer or laptop.

System Requirement as suggested by Unity:

Also when you on the configuration of the game to which make sure that the graphic quality is set to Fastest if your computer or laptop is slow.

At the moment we are solving the problem for slow pc of why it is not loading faster to the game. It can be playable, but mostly on new pc or laptop for the require system that is discuss above. Mean while, we are including a webGL real soon.

Mama mia, ..11 minutes loading is very bad, why not some dynamic loading when needed. This will kill the cat.

Thanks for replying to us. Sorry for the loading screen problem to which we are immediately handling it with any option to solve it. Its still playable, but only for updated pc or laptop. In its place to were we are going to launch the webGL version of the game. But, the only problem is that it would not accept the animation for the game. We are working on that too.

Great News. We already updated the demo for Star Blitz X based
on the slow performance of PC and laptop. Lets us know if the loading screen continue to lag, and we see to it right away.

Would be really nice to use the mouse left click to fire.