Heathen Engineering is an independent group of engineers, artists and writers focused and dedicated to the creation of fun, unique, quality indie games for the PC, Mac and Linux platforms. Spawned from the group’s initial title (working title) Project Fury the team aims for an open and collaborative development process of games and tools from gamers for gamers. Heathen supports and leverages indie and open source tools including Unity 3D, GarageGames various engines, GIMP, Blender and more. Its projects include tools, mods and full standalone titles made available through common hubs or as contributions to the root technologies communities. With a presence available on Steam, Nexus, Google+, Facebook and of course the IndieDB collection of sites; finding, contributing, promoting or trolling  Heathen work is just a click away.

The selection of include material shaders includes dev favourites such as bumped specular, parallax specular and of course the transparent and cut-out variants and also throws in a tri-planar shader with glow enabled. 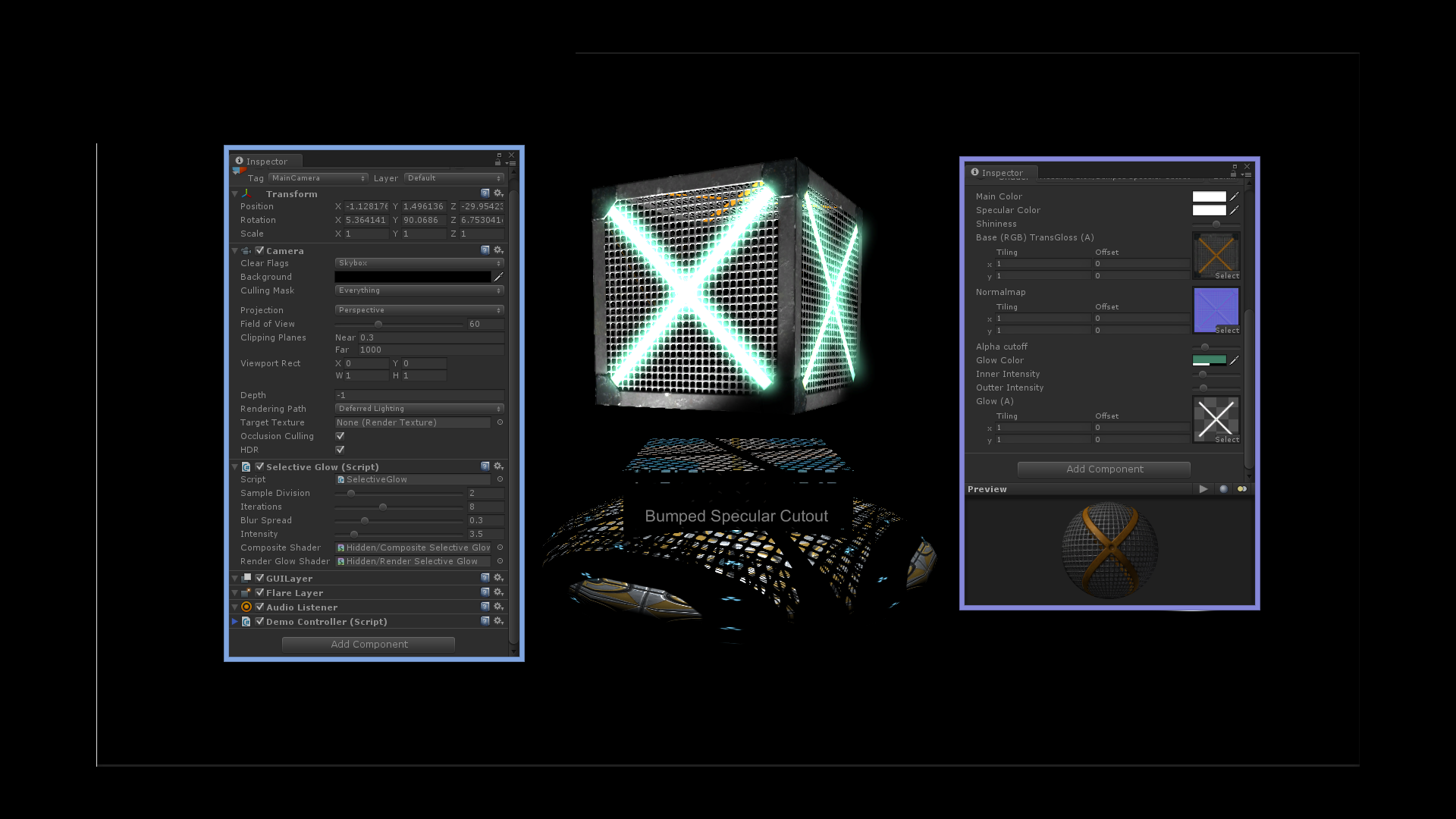 Expect to see more standard material shaders added to the asset over time; Heathen Engineering is committed to customer service with a dedicated support site including knowledge base, FAQ, tips and tricks and more as well as a place for the developer to submit feature requests and the likes.

As to the inner working of the Selective Glow shader; the Heathen approach leverages Unity’s RenderWithShader feature on its image effect; material shaders with a glow enabled shader attached are processed on render based on the RenderType tag making it a trivial matter to enable your own custom shaders “Selective Glow”.

The Image Effect shader carries a number of configurable values aimed at adjusting the overall feel and quality of the glow effect while the material shaders themselves carry the information necessary to describe per object glow intensity and colour. 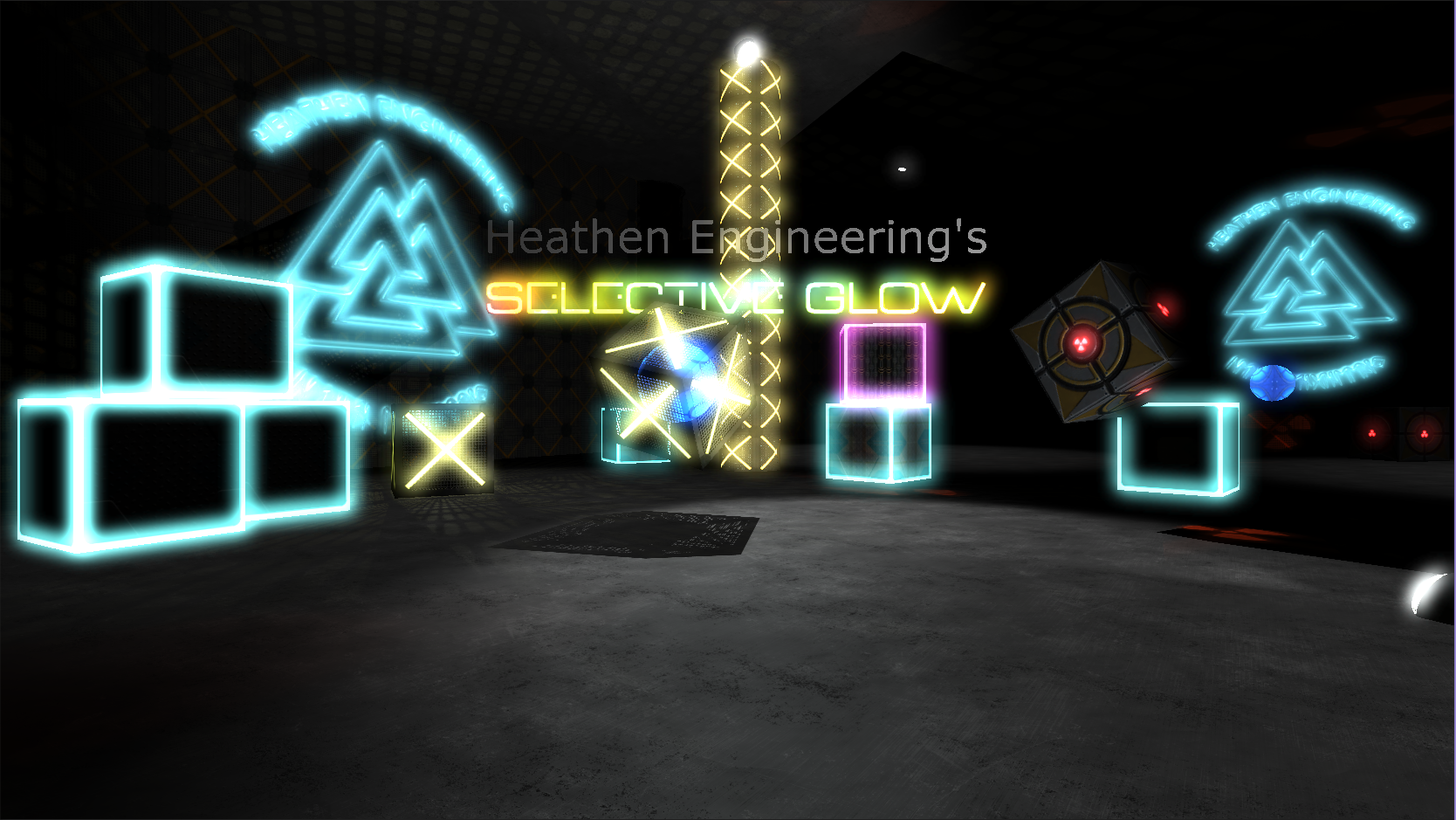 Glow colour its self can be adjusted per-object through 2 different mechanisms; 1st by selective a “Glow Color” which acts like a tint and 2nd by the colour of the Glow Map texture applied to the material which enables multi-colour glow effects on for glow enabled materials.

Heathen Engineering has published a video of the asset in action along with a playable web demo available on Heathen’s main site (see links below) and of course the traditional demo scene is available in the asset its self; showing just how the demo was done. Heathen’s Selective Glow asset goes on sale today for $30.00 on Unity’s Asset store. 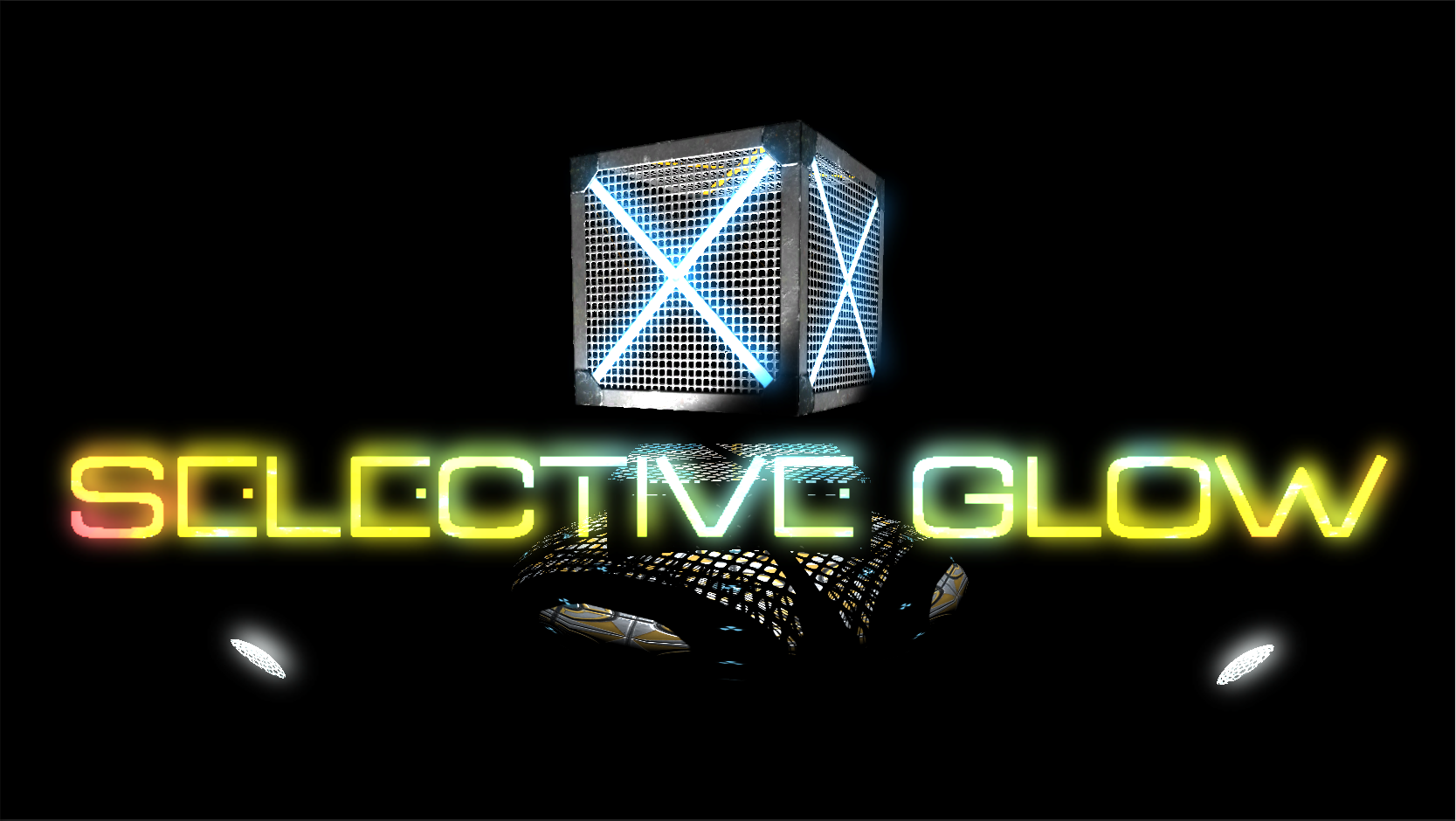 Heathen Engineering has submitted v1.2 for review with Unity Asset store. This update brings a load of new shaders including conversions of the stock Unity Mobile shaders and few improvements to boot.

Heathen Engineering's Selective Glow Essentials v1.3 has gone live. This update includes several bug fixes and improvements around mobile to include new offset parameters giving you the control to shift your glow effect on screen this to correct pixel shifting on OGL and the separation of the blur cone tap shader from the main image effect thus providing better support for iOS.

Heathen is committed to the quality, stability and continuing development of its products; be sure to give us feedback on the Unity store or if you prefer directly on our support site at Support.HeathenEngineering.com

Find us on the Unity Asset Store @ Assetstore.unity3d.com
There you can find a complete listing of our products and links to our main and support sites.

v1.4 has gone live on the unity asset store; this version allows for correct rendering on Direct X platforms with AA enabled. Previously there where some conditions where the effects y would be inverted this is due to differences in GL and DX which aren't normally an issue as Unity handles them behind the curtain.