This is an objective map completed in 2011. It was originally built for a multiplayer mod, known as Zombie Survival, within the game Garrysmod. It is officially my second Objective map made for zombie survival and the most popular one on the server ever since its release. It is also the largest map on the server, requiring a full hour of progressive gameplay in order to complete it. Most things won't work since you probably won't be using the most up-to-date ZS version. Still, it's a beautiful map and you might want to fly around it for fun. You can check out the video demonstration on my Moddb profile or my youtube channel(Modeststudios. However, the video doesn't show the beautiful particles I created, but you can see an example on my Moddb images. 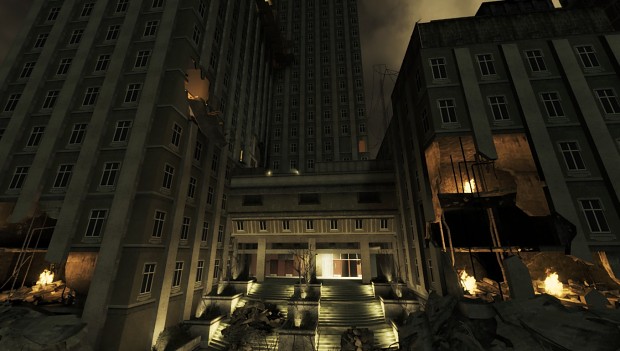 is it from the leak??

If you're refering to the HL2 leak, that is a stupid question. The quality you see is not the same as the unfinished work from the leak. And it doesn't look like anything from the original storyline.

Do some research instead of acting like a ****. Vertigo is a chaper cut from HL2 and this map has a smiliar look.

Thank you very much for awesome map remake.

this is №1 map of the world thanksss man