This is week is all about the character and its weapon with sketches and concepts.

Until this article we have been showing content about the level or overall game. But now, following last article both playable character and weapon have the concepts ready.

The idea behind the character was to have a feeling that was fast, light and powerful. There are some details that help understand it, the metal parts for powerful, a female body for light and the cape to have a visual queue that the character has fast movement. 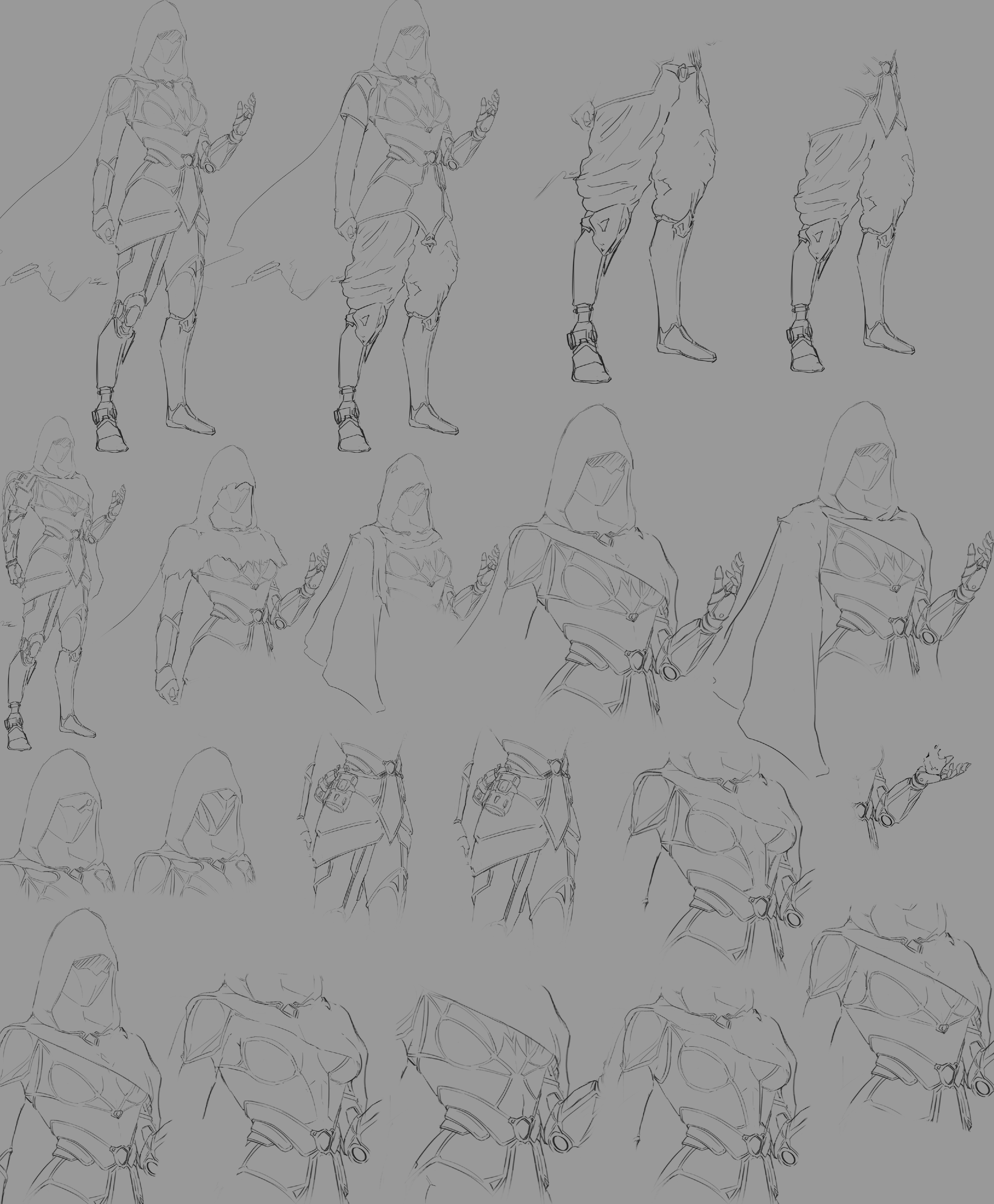 As the overall color of the game can be both shades of green and orange, in order to have a simple color scheme (with few different colors) in the overall game, the character would adopt the the same color concept. 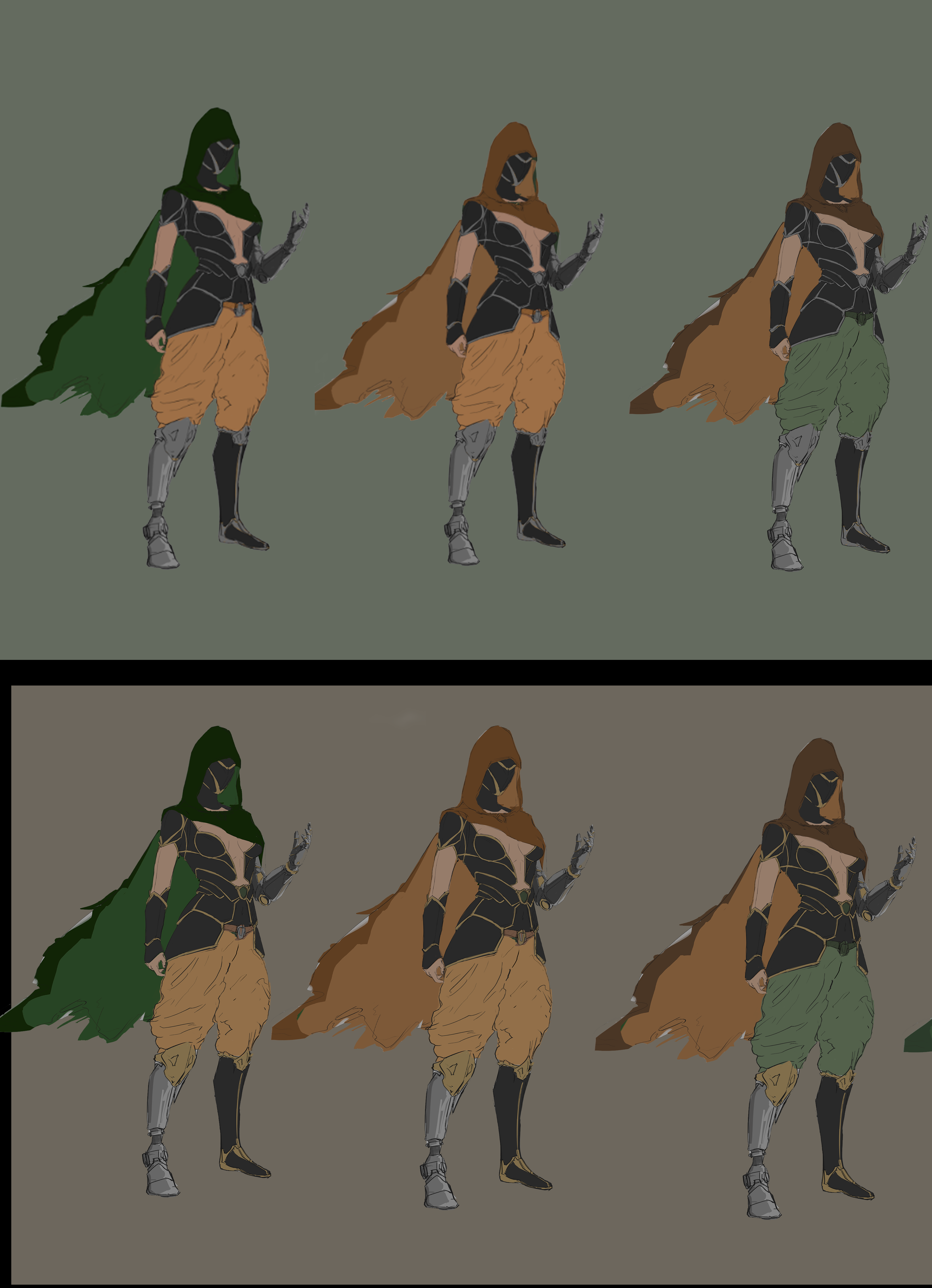 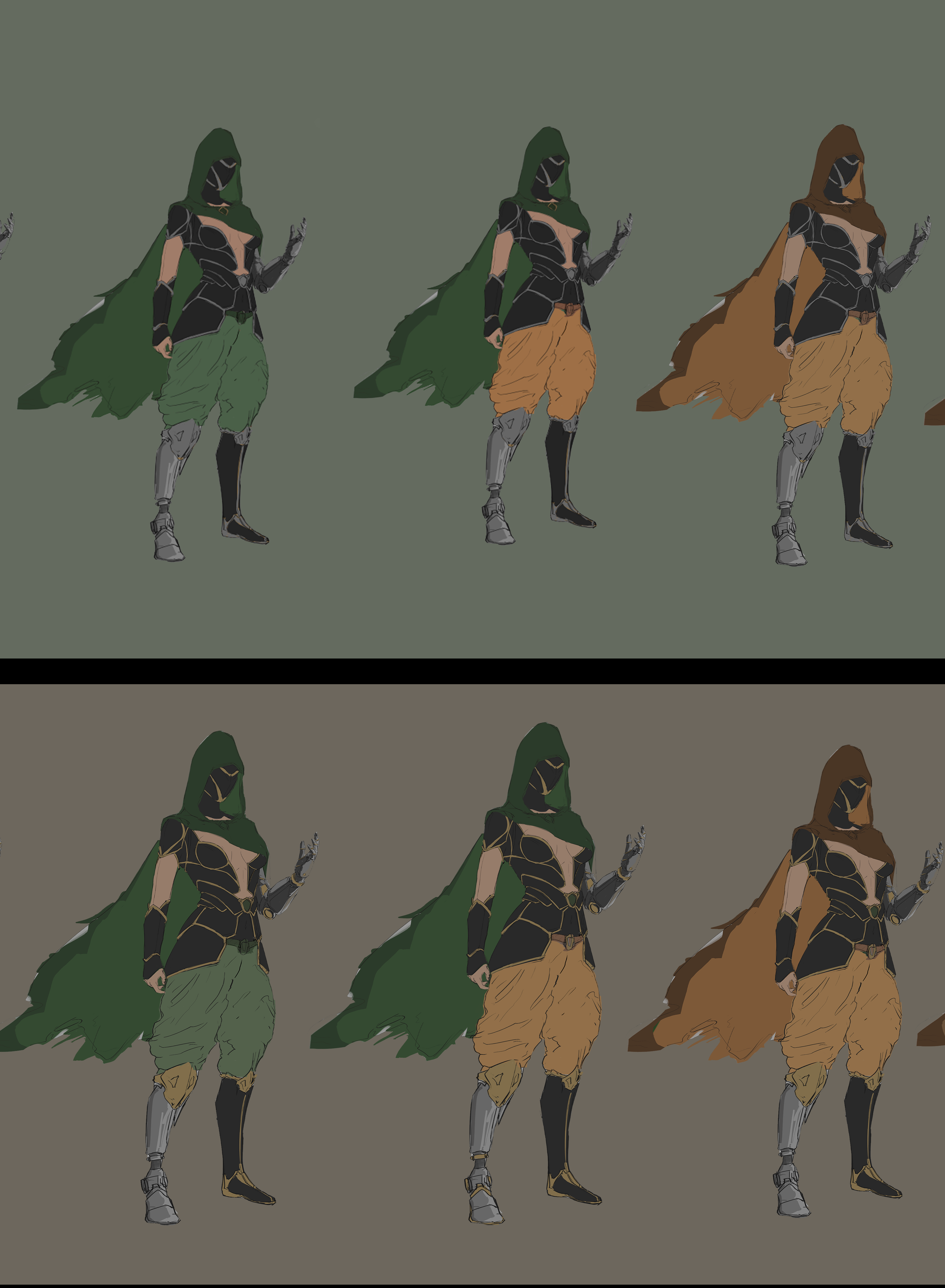 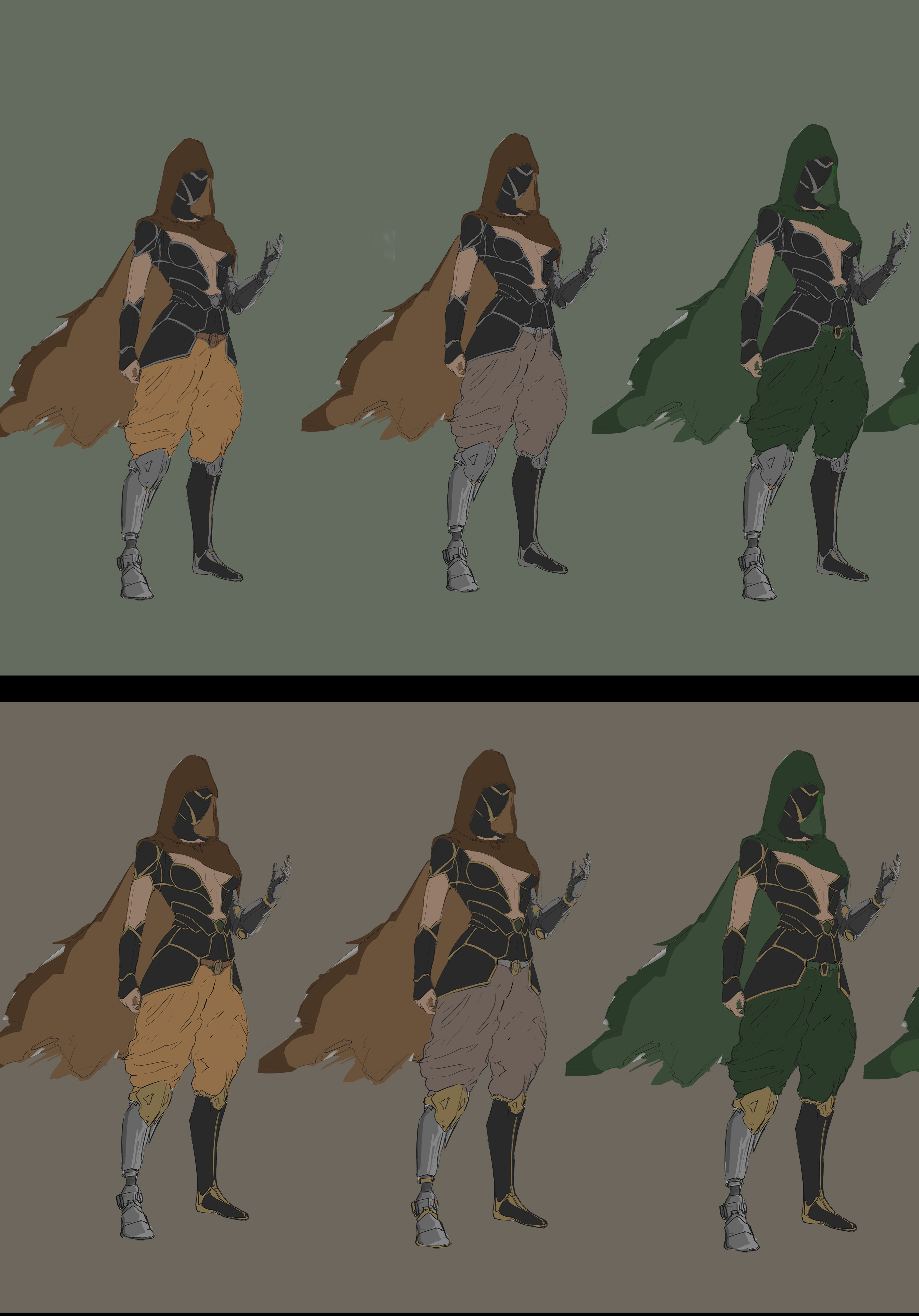 And so, the concept, where everything character related will be based from now on. 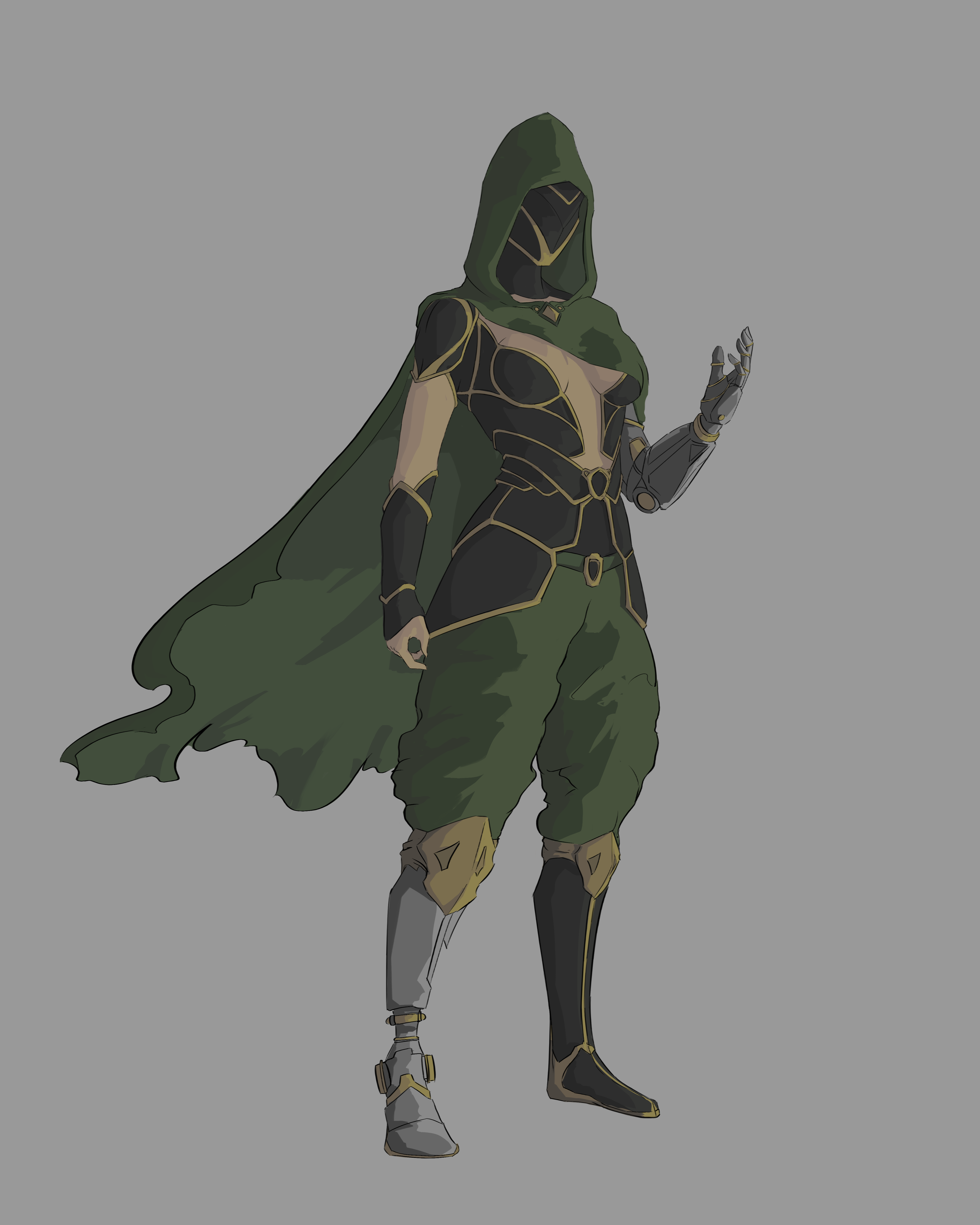 For the weapon the main idea was to have it shot 2 times before reload, much like a shotgun but with different aesthetics, like a repeater carbine. Maintaining the powerful feeling various sketches were made until one was of the team liking. 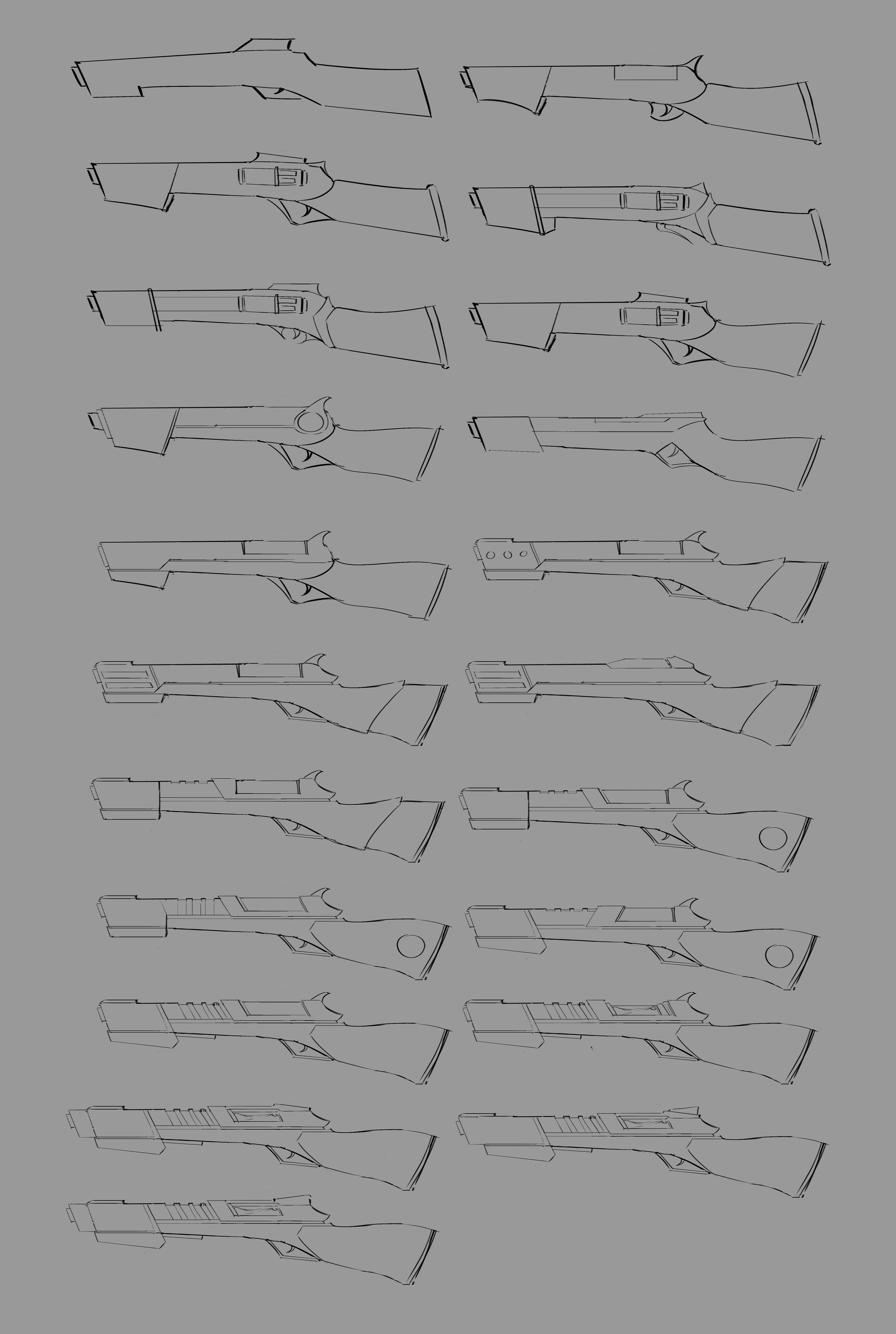 To better understand its dimentions

Clean and powerful. Later during the 3D modulation some details might be added in order to make it more character owned. 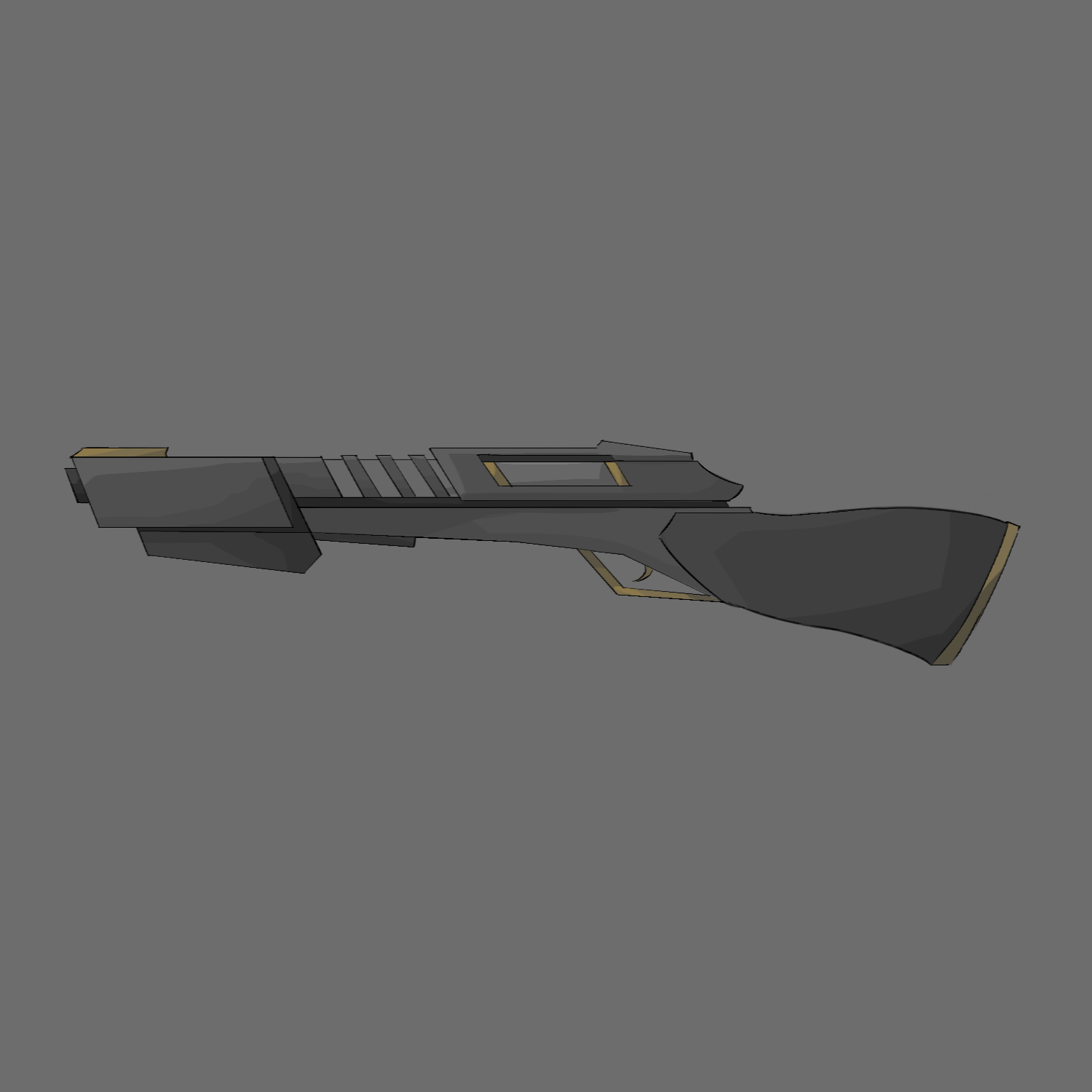 For now this is everything we got about art, but more is in the works so keep visiting :)

So far it is all.
Hope to see you next time.