It's been over a year (time went fast) since our last actual news-update. Here's an overview of where we're at, with some media while we're at it.

Over in the WWI: S Developer Skype-chat we figured it would be time to write up a proper news-update and not simply post media with some description, so here goes!

It's been a long, long time since we've written up something to be honest, and things have changed. For the last 6 months we've been headhunting coders because our previous ones had to leave because of several reasons, we'd like you to welcome our new one; Holymac. He's worked/working on several sourcemods already, and we're happy to have him in the team. We've seen some proper quality work from that guy already I tell you!

Several team-members has come and gone during these months too, but the core-team is still very much alive and kicking. We've been making models, textures, maps, animations, and code for the 2.0 release, just as normal. You have to understand though, we're normal people with everyday lives too, we've pretty much all got upcoming summer-finals at school, and other things that keep us occupied, so work might not be as fast as you might expect.

This obviously doesn't keep us from producing quite a bit of material, and we've got a few things to show off:

ww_mons is another one of Ashton's maps, and it is as the name suggests, based on the battle of Mons in the early weeks of the war in 1914. In fact, the first time the British met the Central Powers face to face was at the Mons. A brutal and bloody fight it was, and it was here that the first two Victoria Crosses of the war were earned. Ashton's map is based around the battle of Nimy Bridge, one of the key points the British tried to defend against the advancing Germans. A neat little thing with this one is that the layout is very much based off the map ww_marne you can see in 1.13b. We figured the layout and theme in the 1.13b version worked rather well with a little bit of adjustment here and there. (Don't worry lads, the ww_marne made by Semmel which you can see on the media-roll at the top is still existent, we simply have two maps now, the completely new ww_marne, and ww_mons with the old Marne's layout!) The spawns have been swapped around, and the British are now the ones who occupy the side of the river with the tall river-banks. The previous British route has also been made longer to balance up the times at which both sides reach the bridge. It should be rather fun to play online! Ashton has made some comparison-shots showing the 1.13b version of the map and the 2.0 version:
(View the images in the media-section for higher-res pictures)

Next up: The MG08/15. This thing was a true killing-machine when it was introduced in WWI, and it often caused havoc for the Allies when they charged the Central Power lines. The MG08/15 was not only a killing-machine in real life, it still is in WWI: Source. The weapon you see in these shots was modeled and textured by our artist Johan "Strayferret" Streiffert. Keep in mind this is still a work in progress, but it should be finished in the very near future. 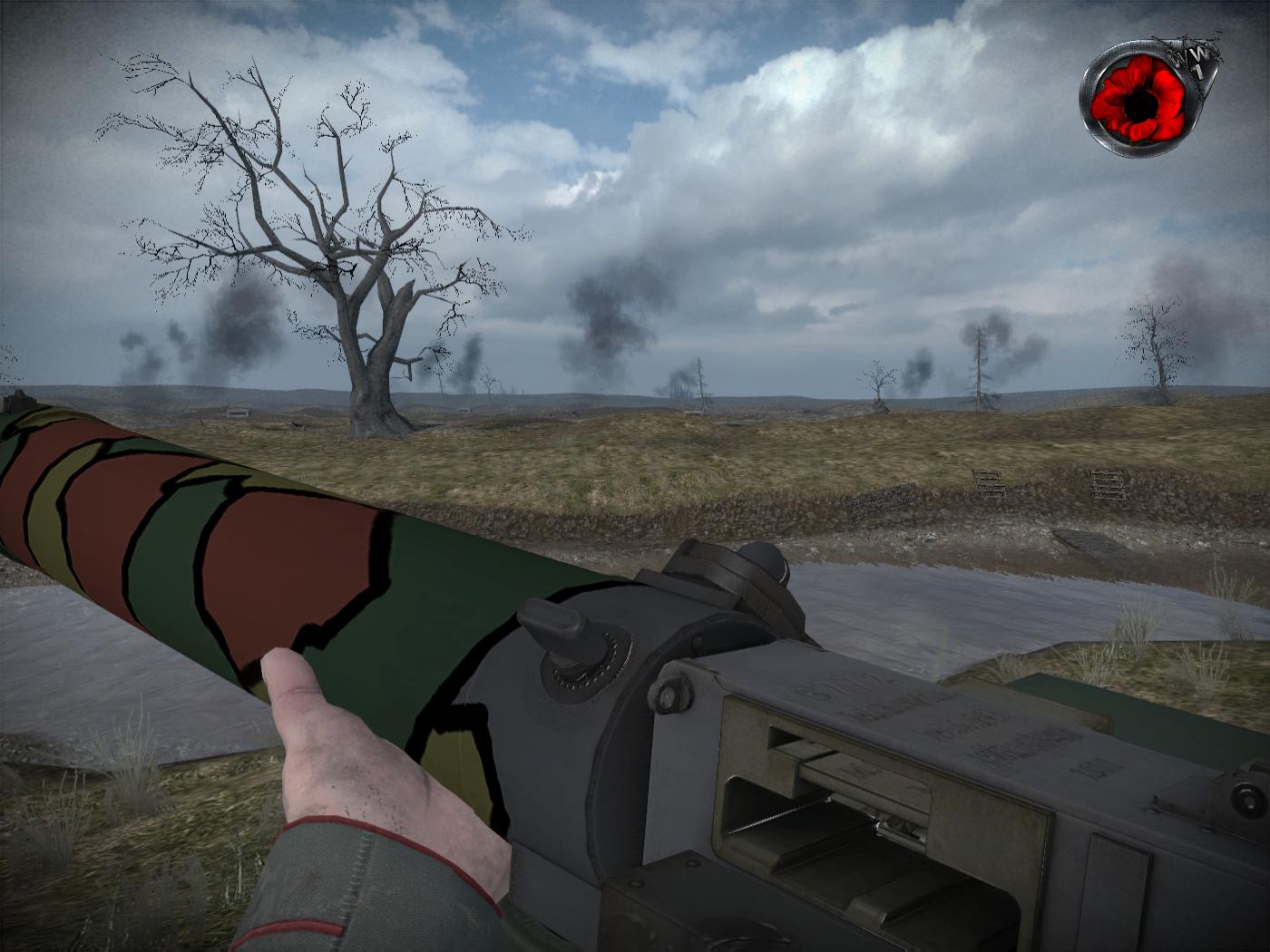 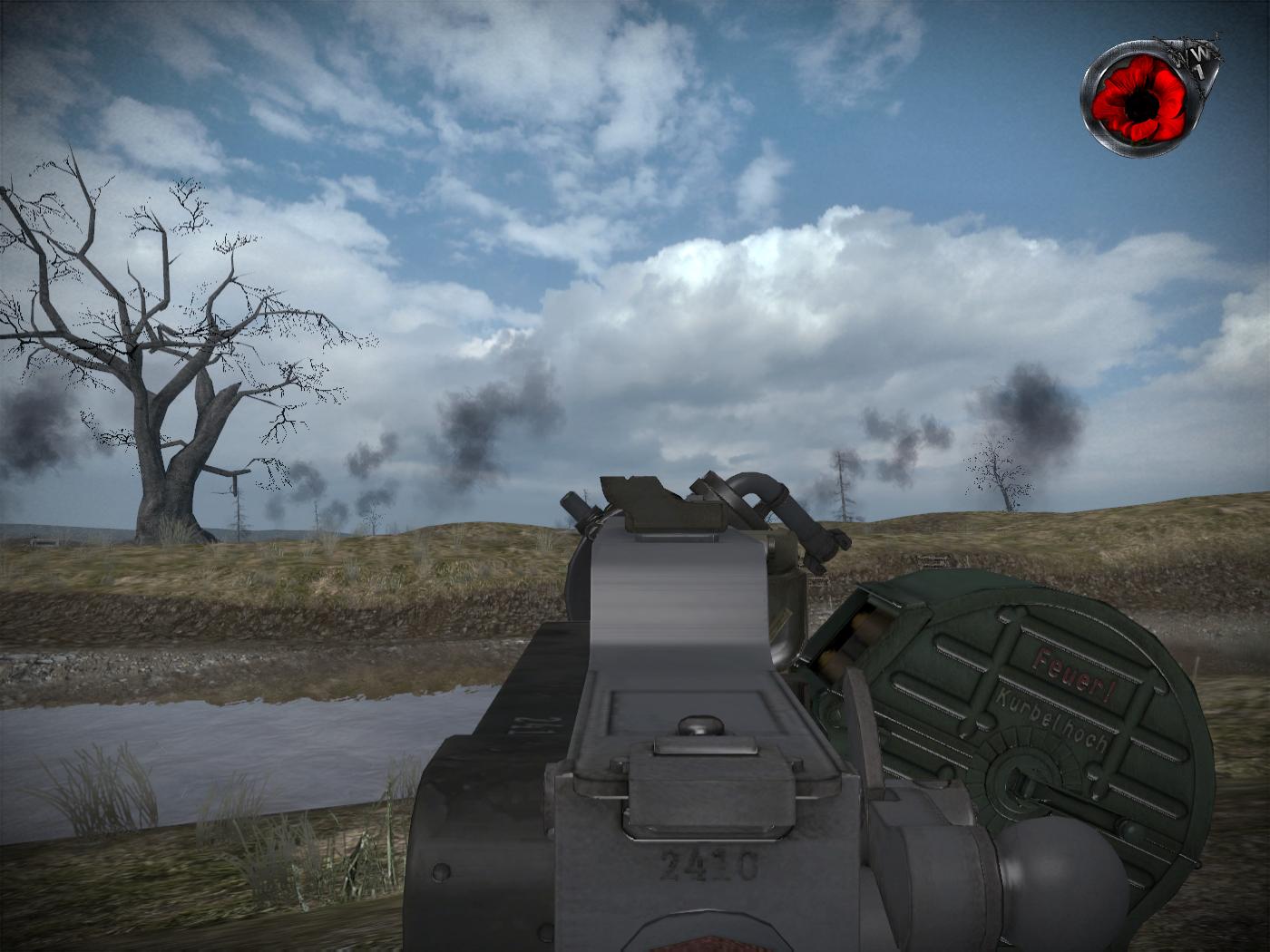 Some of the developers have gotten the question rather often; when will 2.0 be released?
Well, problem is, we don't really know! What we can give you though, is a rough
estimate of where we're at in the progress:

Overall, we're on about 75% altogether.

We'd like to point out though; we're still in need of team-members, especially Texture-artists and first person Animators. If you're interested or know someone who'd be interested, you can view the Jobs page on this mod profile to find out more about the requirements e.t.c. Filling these two roles would massively boost the rate at which the mod will reach a finished state!

We hope you liked our little news-update guys, and as always:

Well.. couldn't see this coming! Great you are still working on with this project! :)

I remember a long time ago someone pretended to be or actually was a coder and caused several source mods to die by sabotaging stealing assets or something (i cant remember exactly).

I might be mistaken but I am quite sure it was holymac, i think he was banned from moddb too! If I'm right you should be careful with this guy.

Ah yes, those problems were solved a long time ago, and all parties are happy again. We cleared this up when he first joined the team, he's a good lad! Personally I've known him for about 4 years now, he just had a period where he made some bad decisions.

That's really big of you to forgive someone like that, and to let him join the team. Way to go!
Still, I'd make backups if I were you.

wow, this is the first time i see this mod here on Moddb, i do follow all HL2 mods and its episodes. Nice to see a WW1 mod, hope it will be released one day because there are so many great mods out there that are never heart from again.

much success and i will track this one from now on,
Leon

Good to see that you are still working on this mod! The new images looking really nice, especially the MG 08/15 ;)

Amazing as always! Looks like any WW1 Source players better play now before 1.13 is a thing of distant past! 2.0 is TOTALLY different!

Glad to see such beautiful work as always. Everything is just as expected (if not a little more), and personally it couldn't be better. I'll miss the big blocky red Marne house though. Can't wait for the new trenches, these are certainly old and dirty.

Glad for the news to bring us up to speed!!!
Thanks for the info and Good Luck on the game ;]

Looks fantastic guys well done keep up the good work i love hearing about all the great work you are producing :D

I need to have Half Life 2 Deathmatch for this?