In which we talk about our trip to the Ohio Game Development Expo and how much people liked the demo of Collapsus!

We already posted this on the official blog under the title of "To OGDE and Back Again", but we figured since it was VERY Collapsus related, it deserved to be here as well: Wow! We had such a wonderful weekend in Columbus for OGDE! So many cool things to talk about... so lets get to it!

We left Hamilton a bit later than we expected on Friday, but made it to load-in without too much hassle. After going back to the hotel room, eating some fine local cuisine and playing some Magic, we went to sleep so we'd be ready for Saturday's activities. 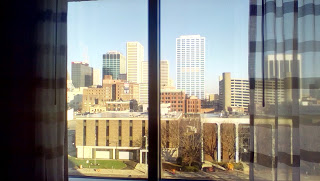 (The view from our hotel window)

We set up for the first day rather quickly and almost immediately we had people coming in to check out our Collapsus demo and trailer. No clue how many people came to the booth over the course of the whole expo, but we do know that over 100 people took business cards (and that that number is only a fraction of the visitors we had). 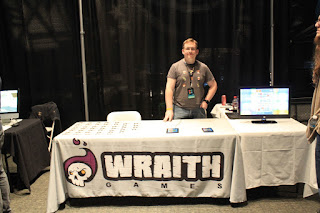 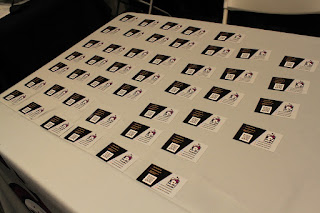 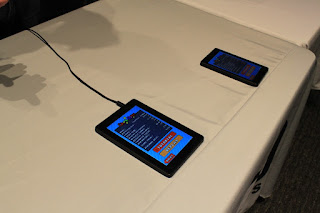 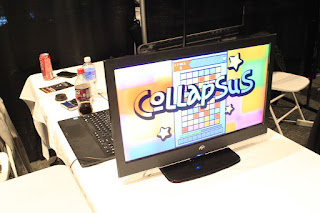 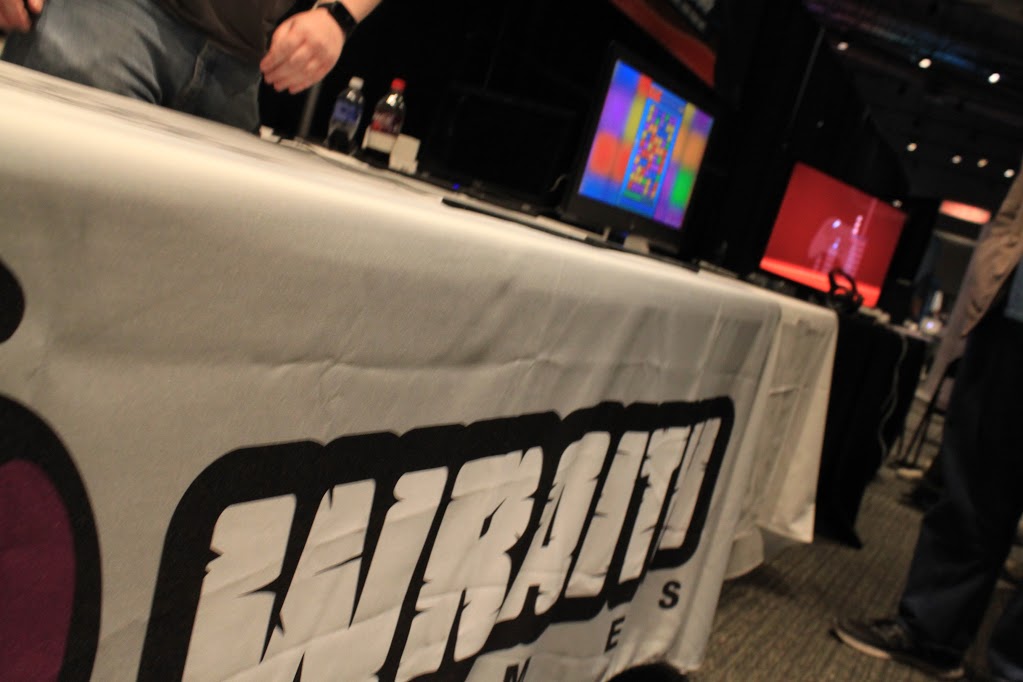 Most of the people who stopped by seemed to love it! We had a few (very small number) of people who either weren't "in to" puzzle games or found it far too challenging for their liking, but for the most part (I'd say over 95% of those who stopped by) loved it! We also had some pretty cool suggestions as to new features we should implement into some new special modes... we may have to give those a try ;) One guy stayed to play for a full 15 minutes and there were even quite a few repeat visitors who just couldn't get enough of the demo! 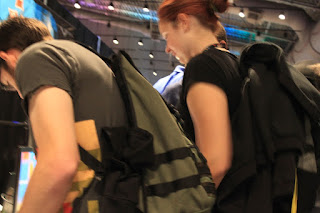 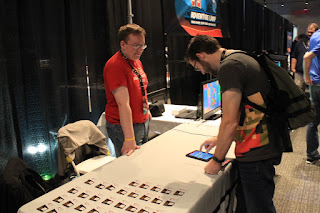 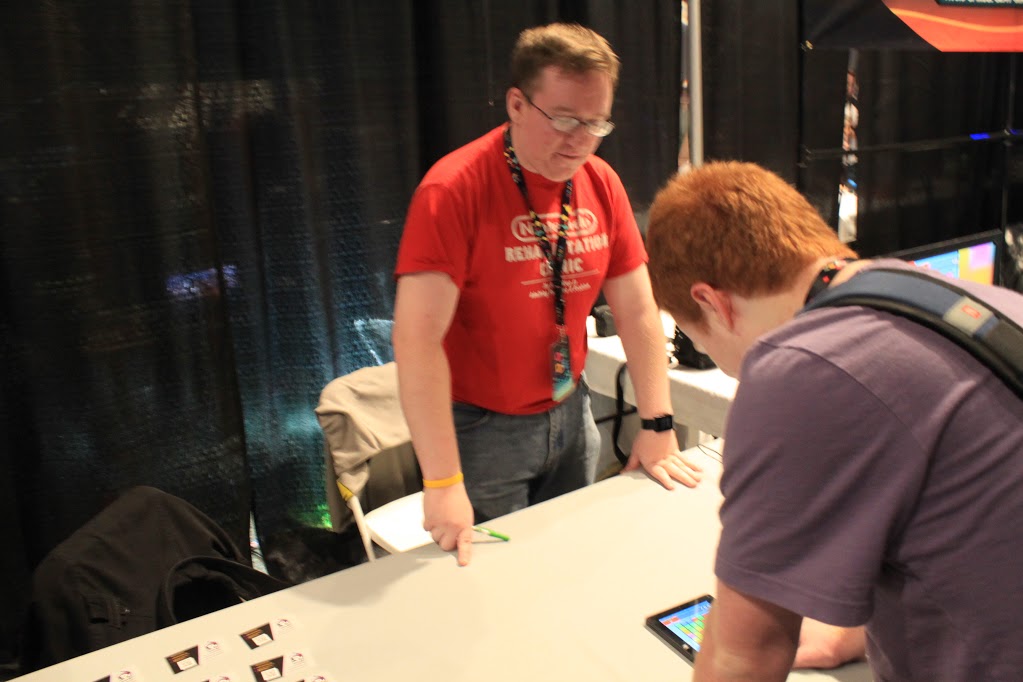 The whole time we were demoing Collapsus we gave the option as to which difficulty to try (Easy, Medium, or Hard) as well as whether or not to play with a timer. Those who choice Hard and Timed both seemed to fin it very challenging (just how we like it). Tons of people stepped up to take the challenge of getting to level 2 and only 3 people succeeded, Robert from Hullbreach Studios and Max who was just visiting the expo. The third, however takes the cake... Brett Platt managed to get all the way to level 5! Brett, if you're reading this, know that we're going to be sending to a free shirt! 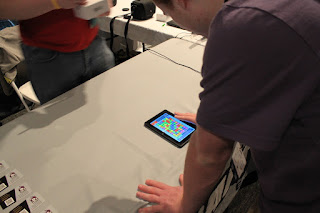 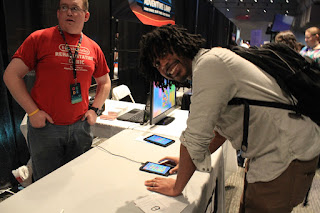 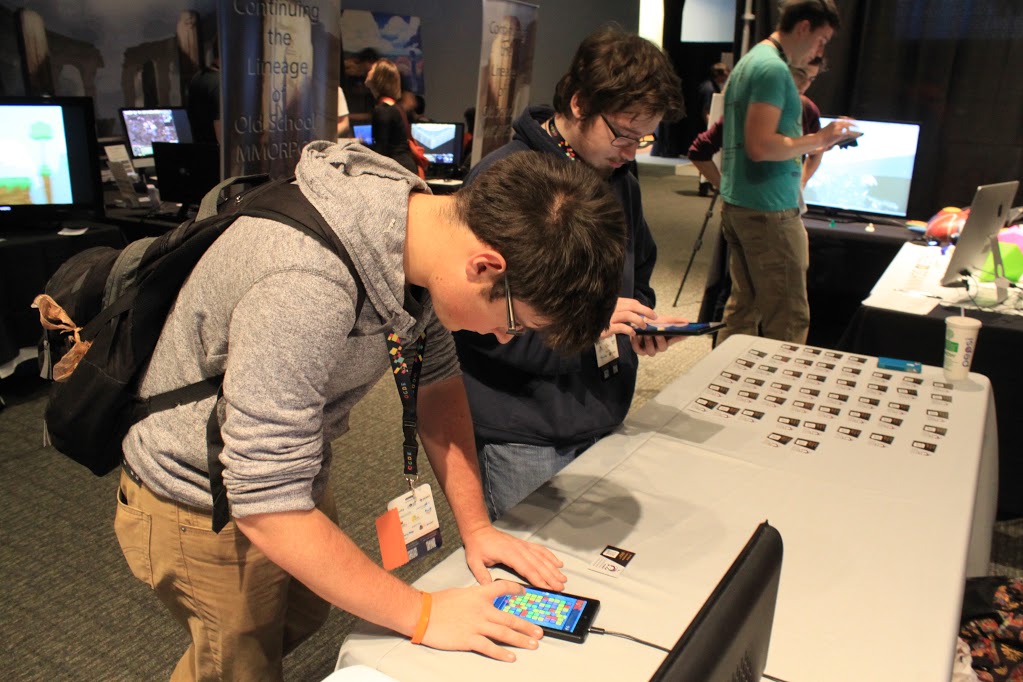 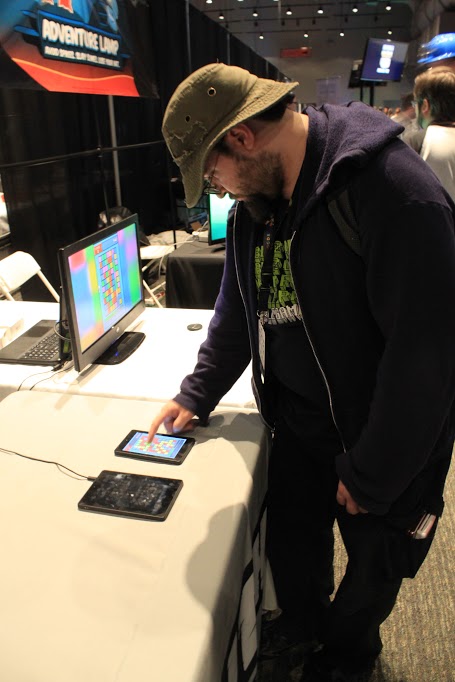 Not only did all that happen but we were also visited by Brian and Craig of AbleGamers, one of our favorite charities! It was really cool to hang out with them and talk about what we've been doing to make Collapsus as accessible to as many people as possible. They are really cool guys and we're all very happy that they loved the game! 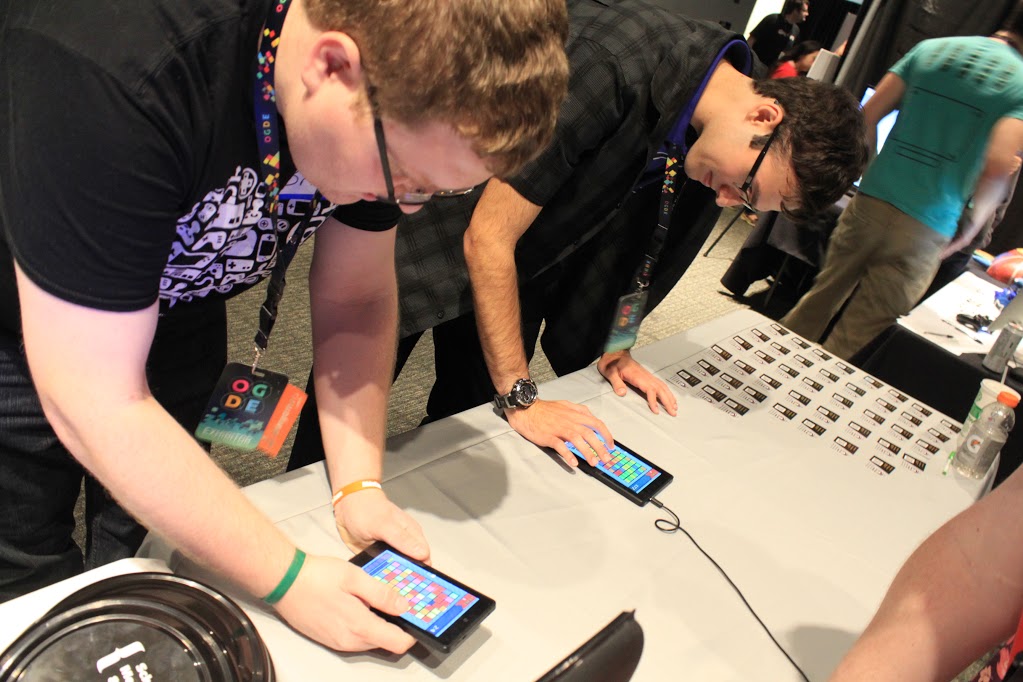 In addition to that, we all got to play some really cool games from other developers! Unfortunately, because we had to man the booth in shifts, none of us really got to get our hands on everything we wanted to play, but some personal favorites of my were: Adventure Lamp from RyGuy Games, both Placards and GetClose from Wombat Source, Falling Clyde from Battle Cavy Games, The Pedestrian from Skookum Arts and Robo Puzzle Smash from PXLPLZ (which I am pretty sure I now need to buy a stand-up arcade cabinet of if they get it released like that plan to)! 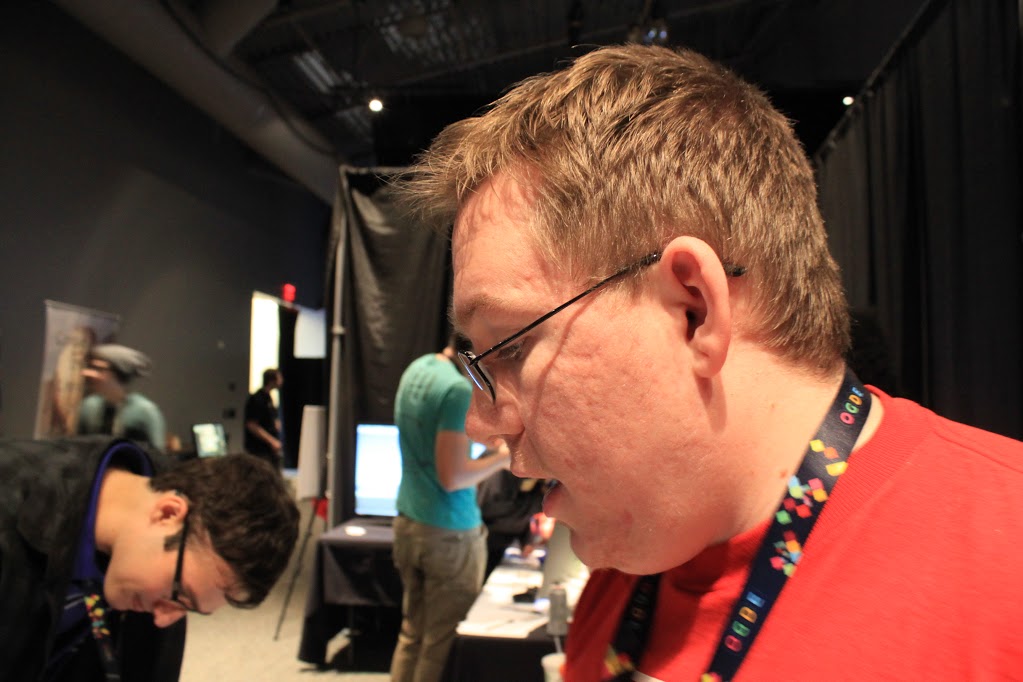 We had so much fun and got to meet so many of our amazing fans and fellow devs alike! We hope that those who attended loved it as much as we did and that we can be invited back next year to do it all again!

Thanks for the kind words about Robo Puzzle Smash! Looking forward to playing more Collapsus.