Action Rpg made for small team based adventures. Airships, floating islands, dungeons, with next-gen combat. Featuring life after max level, new skills are acquired via monsters and lore. Voxel-based islands can be tunneled & show destruction. Monsters can be cut to pieces and can destroy the environment around them. Wield powerful magic but also face hoards of monsters. The mantra is, you can cut it, burn it, break it. Team-based 4-6 people per dungeon.

** Kickstarter Launching in the next few days.

Etherion is made up of thousands of islands floating above a dense Miasma.

Rising at night and is burning off during the day, the only safe areas are located at the top of the islands. The Miasma spawns terrible creatures and is a constant menace to the people of Etherion. Recently the magic keeping the islands afloat has begun to wear off.

Just about everything features dynamic destruction.

The main form of transportation on Etherion These vehicles play a vital roll in all aspects of life on the Isles.

One does not gain levels, only power. 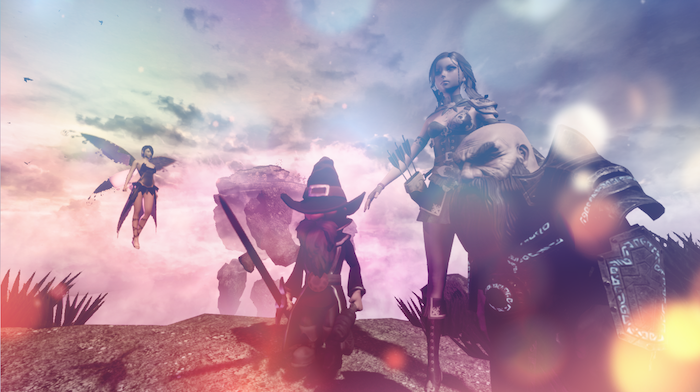 The Isles are home to a variety of races, each with their own abilities.

Though all Wild-Mages are technically Wizards they purpose their magic in a variety of ways.