Post news RSS Why do we keep user testing?

Reclone is a game we develop with the help of weekly user tests. But what does that actually mean?

User testing? What’s that? Sounds dull.
It’s a process we use at Rust0, often and a lot. For the few weeks we’ve had Reclone play sessions outside of the company. Why do we do it? Because the tests always reveal new problems we haven’t realized due to a magical thing we call the Developer Tunnel. Also in the case of Reclone, testing on a larger scale tends to reveal horrible network bugs.

What’s a Developer Tunnel?
After working for a while, we tend to fall in love with the game we are making: “It’s our game, it’s bloody perfect, it’s the best game ever. Never mind those few things we’ll fix for the next release.”

This illusion continues until you give the game to somebody outside of your team to try, who hasn’t got a clue how the game works. This is when you should realize that you are deep in the developer tunnel and can’t be objective about the quality of your game. To prevent the tunnel from ever becoming a problem, get feedback early and often.

So I’ll just ask my game developer friends to test the game?
Well, you should. But remember that other developers are the second worst testers after your own team. As you know, most development softwares actually have terrible UI’s, as do the games we play daily to see how things should not be done. Due to this developers are pretty darn good at figuring out gameplay & UI stuff, as they do it for a living.

On the plus side, they can be shown an uglier version of the game without knee jerk reactions about some assets that look like something digested by a carp, as they understand that 'In development' versions are just that. 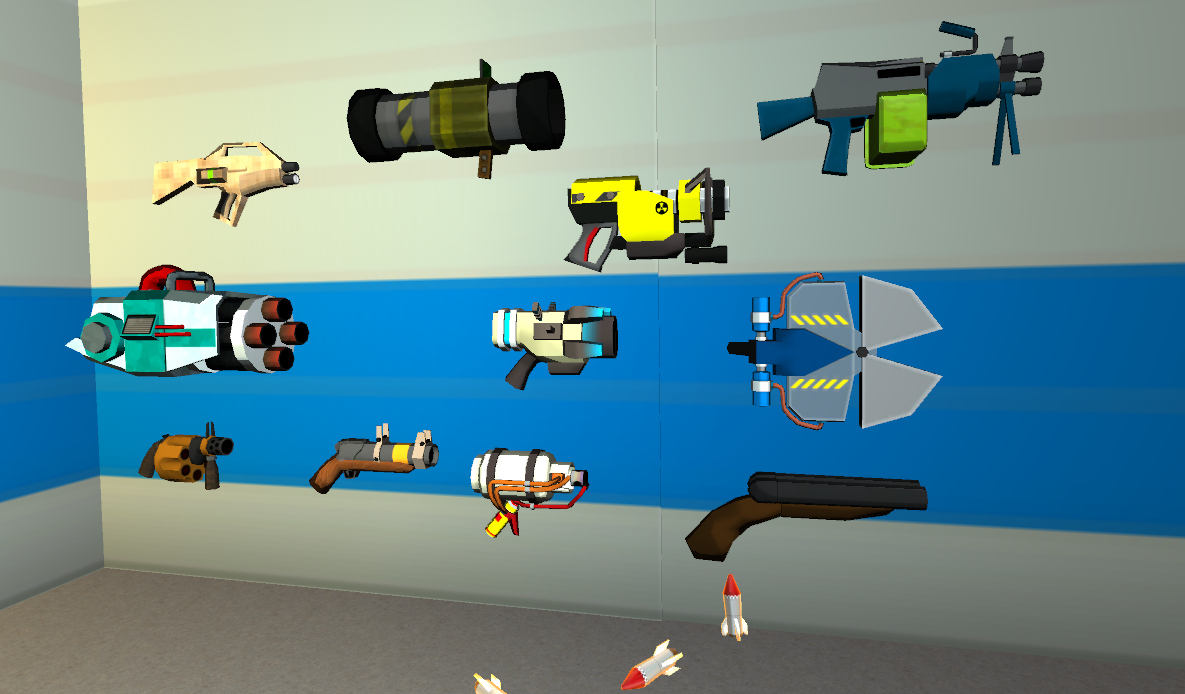 The usual Screenshotguy has some technical difficulties, so you'll have to be happy with some guns!

So who then? My mom?
Well, that depends on the target audience. If you want your mom and her friends to play the game, then yes: Your mom is the best option. But for example to us the target are PC-gamers, so we like to use our friends who play games but don’t develop them as testers. These are nice and easy to find on the interwebs and they tend to be quite vocal about their opinions.

So my friends told me it’s better than (insert huge AAA title here). I’m going to make millions!
There are a few things that need to be realized when getting feedback. Very few people are completely honest: Some don’t want you to get hurt, some want to stay on your good side, some want to watch you fail. Not to mention that a great deal of people have no idea what they are talking about when they are giving feedback for your game. Thus, you should always watch what they are doing and only after that listen to what they are saying. Also, don’t help them unless technical problems show themselves: You’ll learn a lot just by watching what the player will try to do.

The biggest issue with randomly picked gamers is that most of them have many opinions to give that are based on just playing a lot, which is not always good.

Okay, so I did a test with a random dude and got some good points. What now?
Do some more user tests. Basing your changes on a small amount of data is never smart. Gather enough data so that you can make a decision based on facts instead of the blabberings of a random dude. If you’ve the time, you should also gather some data from your game to a server.And no matter what others say: It’s still your game. You are the only one who can finish it like you intended and you should do it like you want. This doesn’t mean you shouldn’t listen to feedback and make changes to your own plans.

Ps. Sorry about blabbering all about our processes instead of showing any progress with the Reclone. The thing is, right now we are working on stuff that’s not too sexy (servers, gun spawns, sounds etc.).

Ps2. Check out our previous blog posts and trailers @ www.rust0.com to get a better idea what Reclone is and why we are making it.