Posted by centaurianmudpig on Jul 3rd, 2020

I'll have to be honest. The Steam Game Festival, for myself, was a little underwhelming. After the initial rush of seeing gamer's download the demo and wishlist numbers increasing over the weekend, I was able to evaluate the reception of Absolute Territory.

First, I think the Summer Gamer Festival was a great idea. Absolute Territory was put in front of more eyes in a weekend than an entire month. However, lessons need to be learned. As the festival progressed numbers started dropping and have now returned to what I was experiencing pre-festival. I think that is pretty natural to expect, and likely an indication of launch too.

What I was hoping for more of was feedback. I've been lucky to feedback from a few gamers on the demo, since the initial closed beta I ran back in February, and I've identified a few key areas to help improve the Absolute Territory experience.

The demo for Absolute Territory, which is still available to download an play at the time of this post, was already a month old build when the Festival went live. I did implement a few improvements and bug fixes I came across in the live build, yet the demo doesn't appear to offer a good first impression.

Do you Hands On Throttle And Stick (HOTAS)?

The death of space sims in the late 2000s was either chalked up to the failure of Freespace 2 or the high purchase price of requiring a Joystick / HOTAS (depending on what you read). As consoles became popular Joysticks faded out and controllers became the norm. The space game genre fizzled out and FPS became the popular genre. The barrier for entry to FPS was significantly lower with a standard controller that everyone on their console had.

I don't know the numbers for Joystick / HOTAS, but I'd be pretty sure it be still low. While Elite Dangerous and Star Citizen support HOTAS, they also support console controllers, along with keyboard and mouse.

I've had Joystick / HOTAS support in Absolute Territory for a long time and was meant to be the primary device to use. Facing reality, mouse and keyboard is the number one choice on PC, and I expect many console owners with a PC use their controller additionally.

I added mouse support as an afterthought. And mostly to make development easier for myself, I didn't have enough desk space to be developing a video game while testing with a HOTAS, without moving peripherals around each time.

Having spent hundreds of hours of flight using a mouse in Absolute Territory, I got used to its implementation. After additional feedback, it has failed to provide a solid flying experience.

Over the last week, I've been working on improving flight using a mouse. 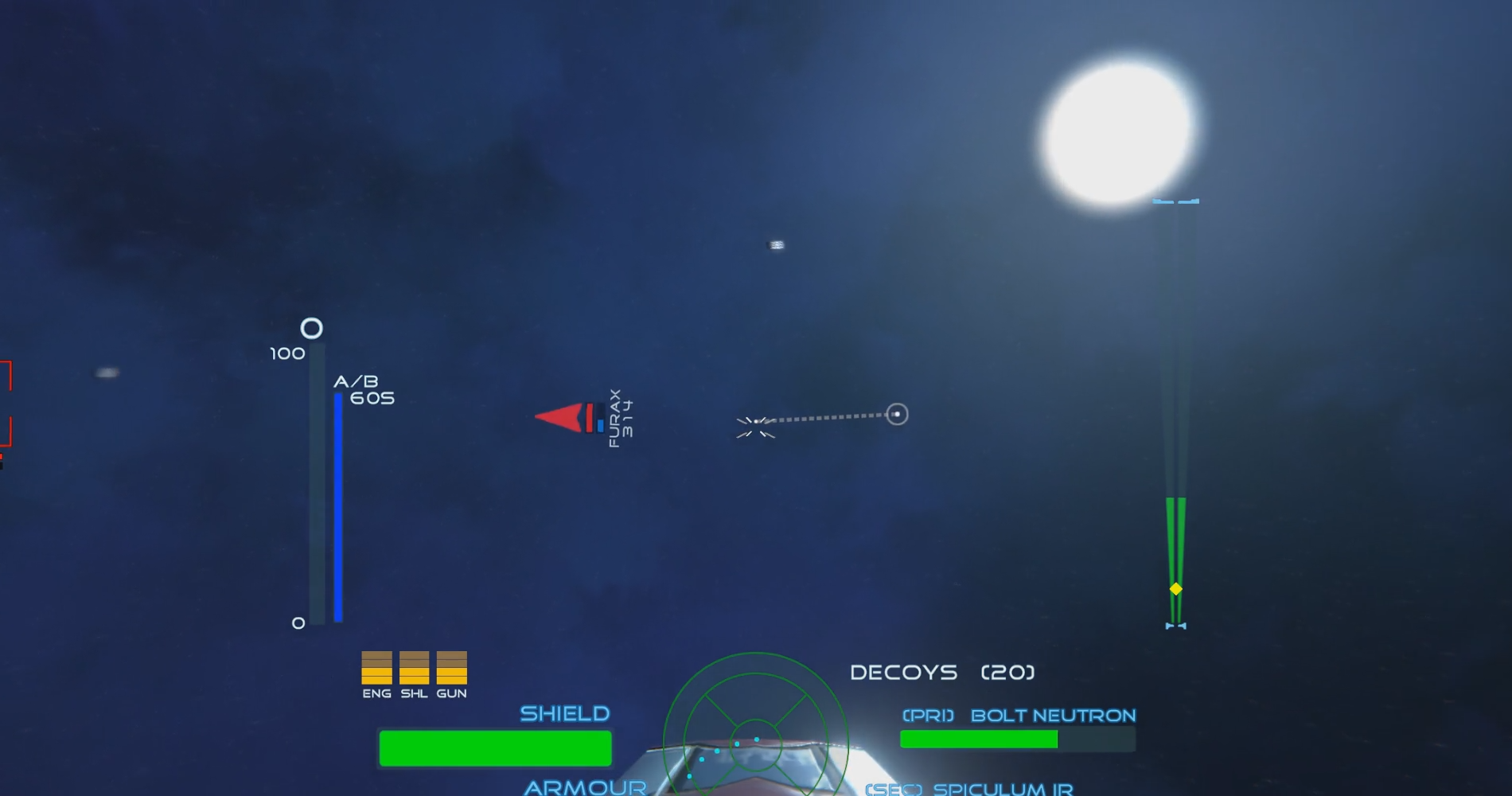 Various console controllers are supported, you will only help glyph's in the tutorials for Xbox and PlayStation controllers. These work well, but as Absolute Territory progressed, more controls where added. Now, there are more controls than buttons on a controller. At this moment, there is no solution.

What I am considering is either a control wheel, which you bring up to select controls (like Mass Effect or Rebel Galaxy Outlaw). Or shift functionality where you hold down a designated button to swap the bindings to a second preset and back again when released. I have gravitated to the shift functionality as it would take the least amount of development time. What would your preference be?

If you make a Let's Play or impression video of Absolute Territory I would love to see it. Just be sure to tag me in if you post to Twitter.

Thank you for reading, head on over to the Absolute Territory store page for more info, and hit that wishlist button.