We were pretty quiet last month (sorry), so we’d though we would share exactly what we’ve been up to and give an update on the current status of the game...

It’s October already? Oops, we totally forgot to do a news post last month... But don’t worry- it certainly wasn't because things were quiet here. In fact, its pretty much the total opposite.

September was a great month for Bushido. We've created new weapons, a new demo map (called ‘The Dojo’), nailed down the GUI for the character customisation element, re-modelled and hand sculpted/painted the player model, and also finished a bunch of new environmental assets.

We also went to EuroGamer, the UK’s biggest gaming event. We got to play a whole bunch of cool games- as well as chat to some Industry hotshots to get some advice and feedback! We also re-visited the Rezzed area to play some other indie games and it was great to see how well the UK indie industry is doing! 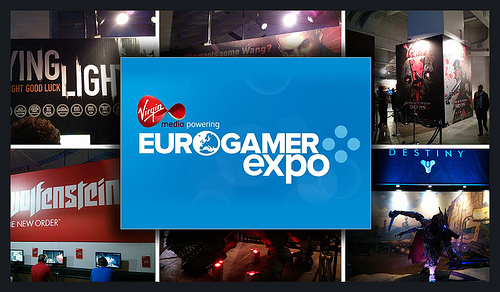 As mentioned, Kieran (who couldn’t make it to EuroGamer- boo) has redone the player model! Compared to the older version, this one looks much more realistic and on the same level of quality as our recent weapon models. Sadly- you won’t actually be able to fight in your pants in the game... Your character will be wearing a Hakama (which will be (customisable) over which your armour will be placed. 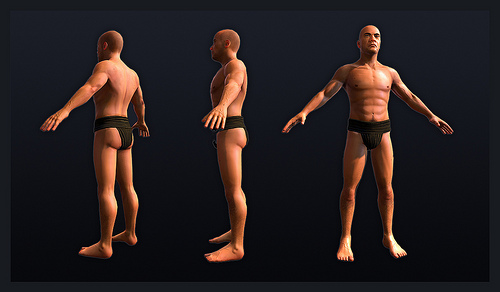 We also mentioned the GUI. Well folks we’re actually nearing a really exciting point in the project- BEING ABLE TO ACTUALLY SHOW THE CHARACTER CUSTOMISATION! Jay and Marcus have been hard at work getting this coded and have just started integrating some of the art assets. We’re hoping to show off a very early version of this feature in a video over the coming weeks... 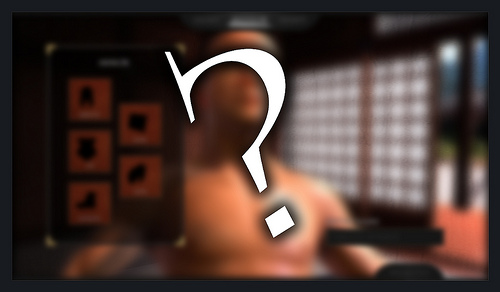 Anyway, stay tuned for updates. If you’ve got any feedback or questions- use the comments section below!

hehe maybe i can make sumo :)

lol :D
Jokes aside, you wont be able to modify the body type as all armors have to fit onto this one. You'll be able to change the face/ hair though!

"Sadly- you won’t actually be able to fight in your pants in the game... Your character will be wearing a Hakama (which will be (customisable) over which your armour will be placed." nope lol

Hm.. Any kind of silly equipments? Like a big fish instead of sword?

Lol that would actually be brilliant. We don't have that planned. Yet...

If you'll need ideas for that kind of stuff, I can give ya some of mine ^^
+ If you'll include that stuff I suppose it would be fair to give them to only a part of the community. Like for backers (kickstarter and etc) or for lucky ones, who will win some in special events giveaways. I believe that giving limited amount items is a great reward for people ;]

We'll definitely be doing some cool things in regards to that! Unique armor pieces and so on ;)

The model looks to me more like a Caucasian male than Japanese. Probably up close the characteristic face features are more evident.

Farm6.staticflickr.com Here's a Close-up. Built with photography :) This image isn't from the final render though, it lacks the SSS map and colour correction of the final in the images section Farm8.staticflickr.com

Thanks! We'll have a selection of faces and hairstyles too if this one doesn't do it for ya hehe ;)

The arms and head look good, but the rest of the body looks a little flat or disproportionate to what a body looks like X:

Hmm it's possibly down to the FOV, purely because this was sculpted directly over a front/side photograph of a Japanese guy to ensure proportions were 1:1 even down to muscle placement/size. Here's an early development pic of it in an orthographic view Farm4.staticflickr.com
< Please keep in mind that link is an incredibly early version so still has a neck seam, no subsurface scattering channel and unfinished textures. The scale did not change from this image however.