Lot of stuff happens this week and the major changes are on the new tile manager and on the project scenes - the game-over scene doesn't exist anymore but was cut and pasted in the main game scene for a faster reloading of the game.

This week we work hard and fix a lot of stuff. 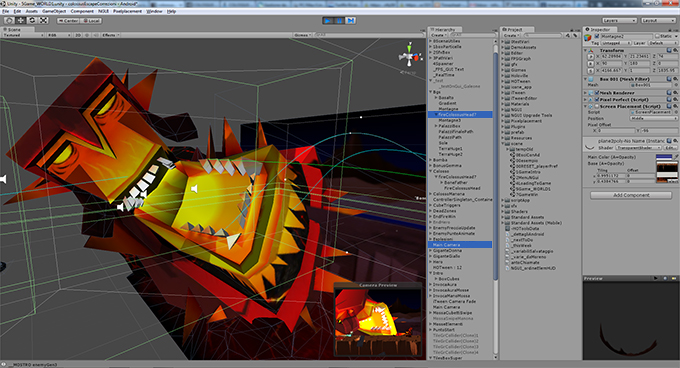 Now it's time to adjust the enemies poling script and all the behavior scripts (there is a little mess :P )).