We have started the implementation of multiplayer!

I had a lot of plans for the reactor room two weeks ago, but as tends to happen, one thing lead to another and I ended up implementing Multiplayer into the game instead! In retrospect, I'm glad I did this before going any further with the ship's systems because the complexity that adding multiplayer brings cannot be understated. It truly does make everything many orders of magnitude more difficult.

That said, it's going relatively smoothly so far and players are able to join sessions and run around together lag-free. It's not without its issues of course, but I'm ironing them out as we go. The worst issue on day one was players changing decks causing the lights to go off for all other players in the session. Thankfully that was a swift fix, but it's an example of how Starsim's complex optimisation system gets even more complicated when multiplayer is involved. 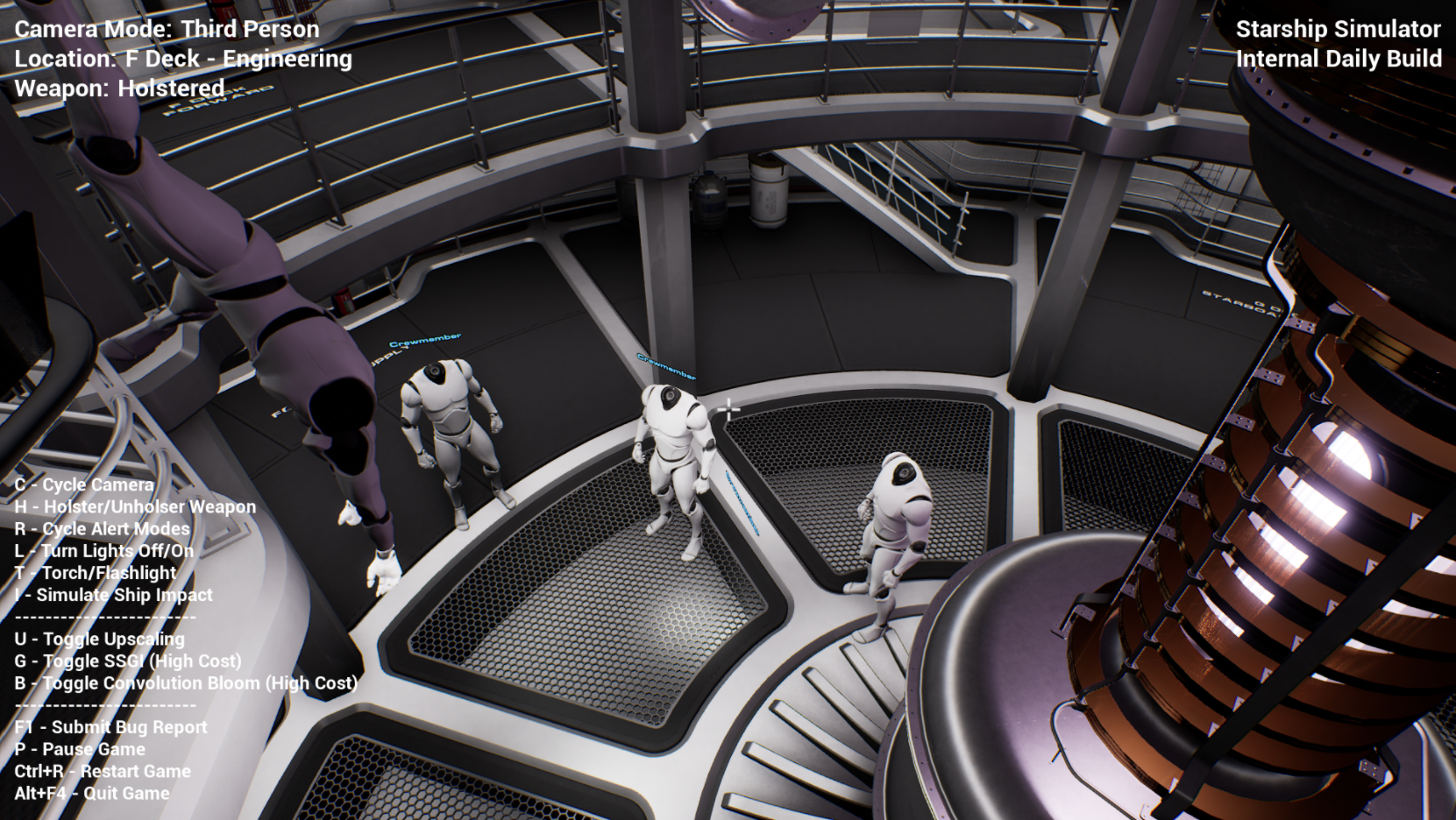 Another big challenge was the various UI screens around the ship because in UE4 it's not actually possible to replicate their state over the network directly. Instead, I had to develop a new system to manage multiplayer button presses, and I'm happy to say it seems to be working perfectly so far. It's really immersive to see other players pressing buttons and using controls in real-time, and this is a big step forward in multiplayer Bridge gameplay too, because that's all screens and buttons. 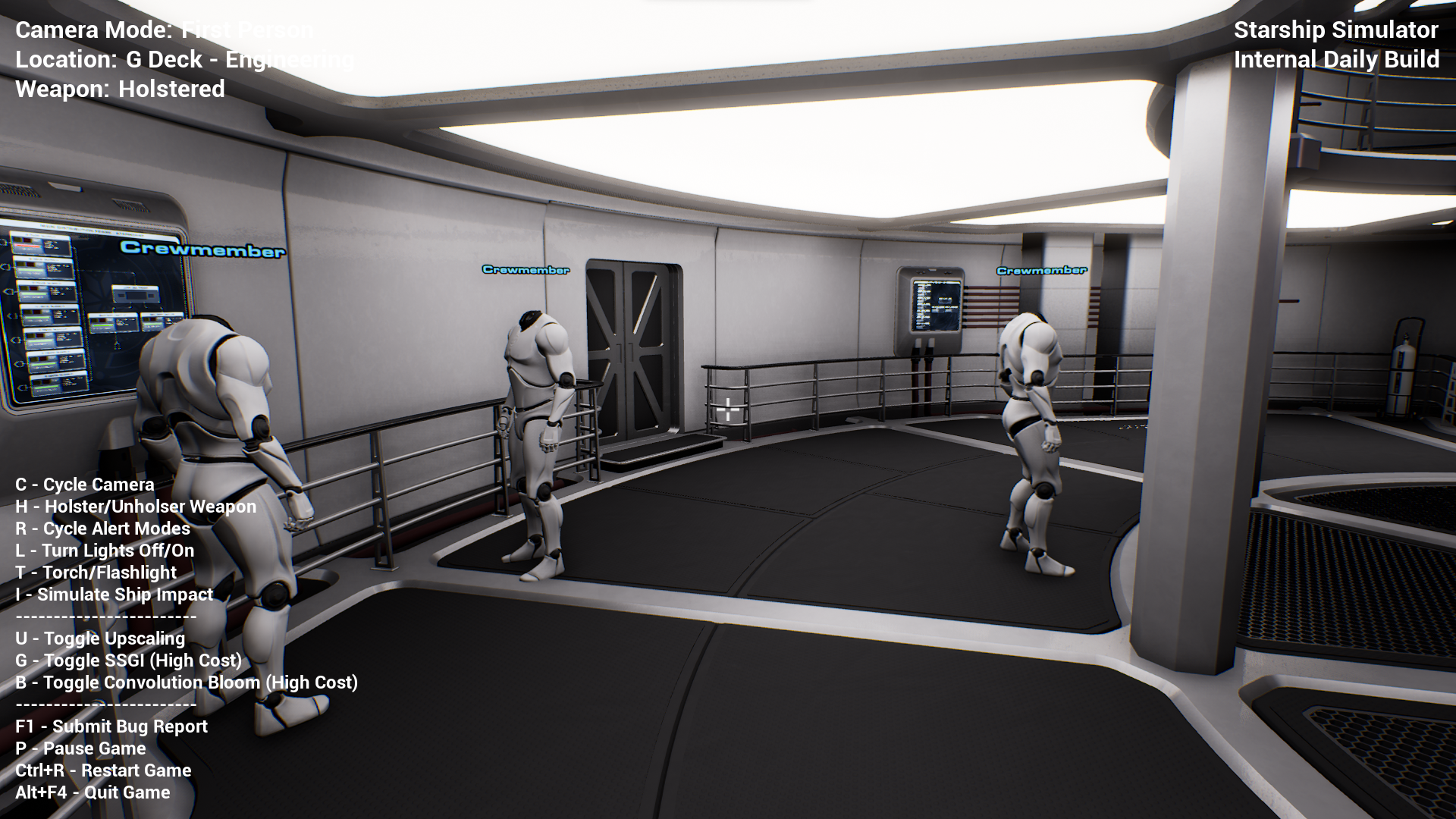 The other big news this week is that I've started a "100 days of game dev" challenge. As I write this we're now on Day 5, and I would encourage anyone who's interested in daily updates to join our Discord server and check it out. In fact, if you're looking for regular information about the game and want to get involved directly with dev discussions, there really is no better place to be!