I had to take a step back and get a proper user interface into place before I could hope to finish my editors. Now it's starting to pay back.

Lately I've been working a lot on my GUI (graphical user interface) system. I started building my level editor and then a weapon editor before I had a proper GUI in place. I quickly ran into problems because there was just too much unstructured code dealing with buttons and controls and there was no order. So I took a step back and worked on the GUI as a system of its own rather than as a by-product of the tools. Now I'm starting to reap the rewards.

The procedure for making a new weapon is to select a texture, then select which components the weapon should have and after that define where in the texture the different components are located. Then you select which audio samples it should have for different actions. For each action you can select multiple samples and then it will be randomized which one of them plays each time the action is executed (such as firing the weapon). Finally there are some properties to set. Rate of fire, magazine capacity, which ammunition the weapon uses and so on. Weight of the weapon will be used to calculate recoil in conjuction with some parameters of the ammunition, but this is not in place yet. There will be a separate ammunition editor to cover those needs. 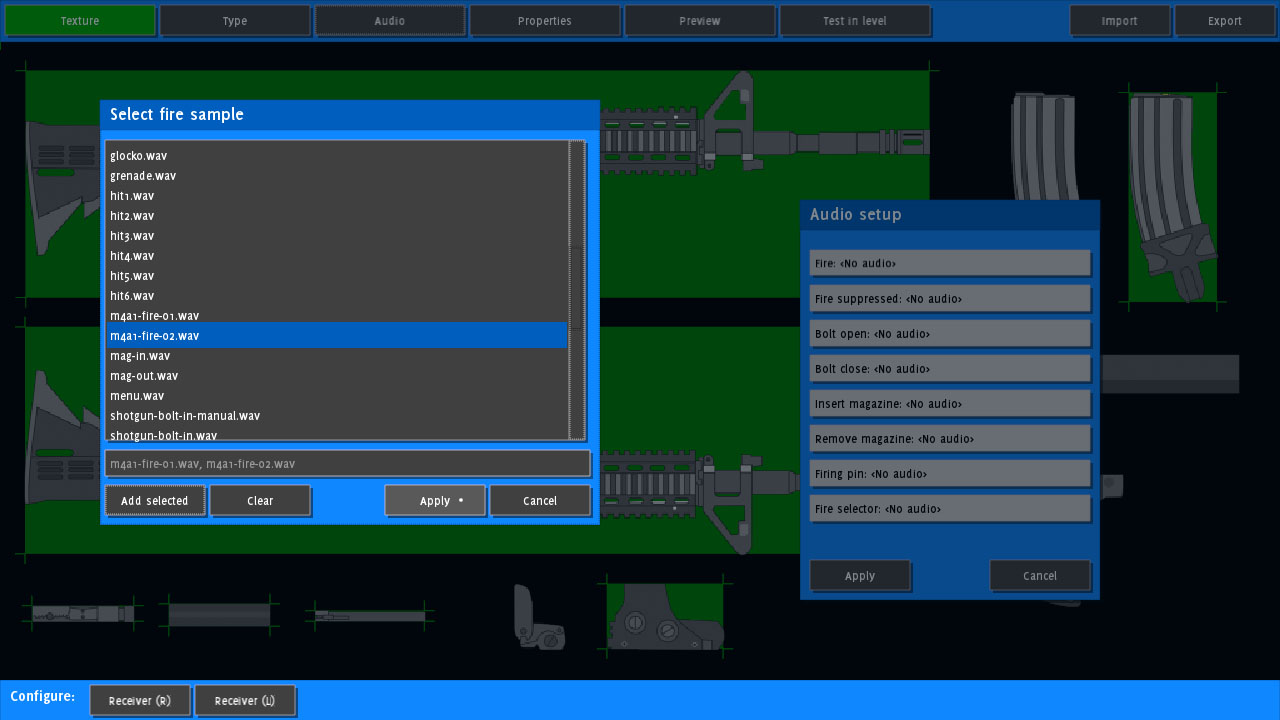 Browsing for audio samples in the weapon editor.

For my next update I hope to have a title screen in place. The next demo is a couple of weeks away still but until then I will smoothen the edges of the weapon editor so it can be included then, and also fix a bug with the sniping. That's it for now!