This patch we juuust managed to get in FIVE new editor items, campaign updates, bug fixes, FIRE, and some new community tools! Let's look under the hood!

Posted by bscotchshenani on Oct 9th, 2019

This one really came down to the wire, Levelheads! This patch we juuust managed to get in FIVE new editor items, campaign updates, bug fixes, FIRE, and some new community tools! Let's look under the hood!

Although all of Levelhead's enemies are unique from one another, and they all do something interesting, some would argue that the current slate of enemies is... too interesting. We've got teleporting sharks, drill birds, giant tongue-whip chameleons. Heck, even Vacrats, the simplest of enemies, have multiple states. And they chase after the player!

So we thought, maybe it's time we take this DOWN a notch. How about some dumb enemies that hardly do anything at all? So that's what we did! This patch, we're happy to introduce two new enemies: The Scrubb, and the Ocula!

These two bad robots are nearly identical in behavior, except the Ocula has no depth perception, so it runs off cliffs. When defeated, the Scrubb and Ocula become "squished," turning into a throwable disk that does all kinds of weird things. It can plow through other enemies, you can bounce off it, and it can even break brittle rocks and open prize blocks!

Perhaps even weirder, the Scrubb and Ocula are the game's first "Shrinking" enemies. When you damage a large one, it loses a size and keeps coming. Once it shrinks down all the way, it can be squished!

These enemies are simple but endlessly useful. We're pumped to see how you all use them in your levels!

This patch brings TWO new updates to fire. First, we have a whole new type of fire: WILDFIRE! Wildfire is identifiable with its blazing green color. Wildfire unique is extra hot, so it will destroy enemies as well as GR-18. Plus, it looks cool!

In addition to Wildfire customization, we added a new Fireball hazard that you can put anywhere you like. It has many of the same properties as Whizblades, with the added bonus that Fireballs can be switched on and off using Levelhead's switch system, so you can turn them into some super-heated doors! 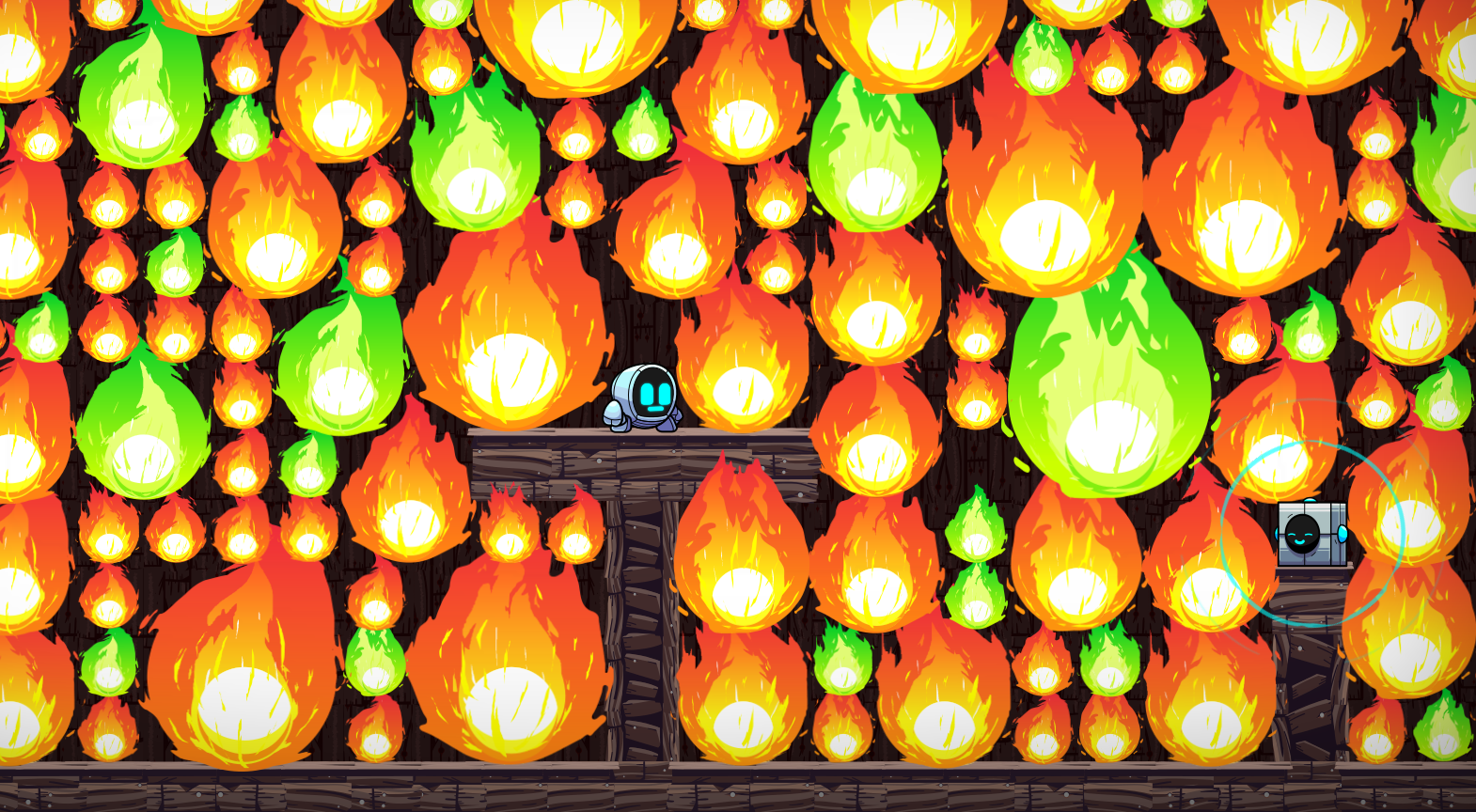 Keycards have always been in Levelhead, but until now, all you could do with them was open doors. Well, NOT ANYMORE! For starters, you can now use them to DELIVER GOODS to your players, with the power of the Key Chest!

Key Chests can have their colors changed as well, so you can give your players a special key that can only be used to get that special treasure you've hidden away!

Doors? Chests? Of course. But those are just regular key things, and this is Levelhead. So we just blew the lid off this whole thing, and integrated Keycards directly into the editor's switch system, with a whole new item: the Key Switch!

Key Switches are toggled every time you toss a Keycard into them. Not only does this let you use keys for the traditional approach -- unlocking stuff -- it also lets you create weird, limited-move puzzles or contraptions! For example, if you give someone five blue keys and a blue Key Switch, then they can only flip that switch five times.

Let's get that Wiki going!

This past week, the Levelhead Discord community started comparing notes about all the various documents, tricks, contraptions, and everything else they've created learned about Levelhead over the past months. And suddenly the discussion turned to, "WHY DON'T WE HAVE A WIKI?"

That's a good question. Why don't we? We've put in a request over at Gamepedia to get a Wiki off the ground, so we'll have more information about that soon. But in the meantime, we've added a button to the game's Settings page that lets you export some of the game's data, plus item icons, directly into the save directory.

That should be enough to get started on the Wiki, once we get the thing created!

We're gearing up to fully launch Levelhead early next year on multiple platforms, and we have to make sure we're ready for the big time! Much of our development time over the coming months will be going into various cross-platform compatibility things, certifications, localization, and lots of bug fixes and improvements. We'll also be working toward getting in some really big features that are going to take longer than the current 2-week timeline to design, implement, and test. We've had to put these big features on the backburner during our current phase of Early Access, so we could ensure we always had new content to deliver every 2 weeks.

Going forward, to give ourselves time to get those features into the game, and hit all our other targets, we're going to be spreading the patches out more. But we'll always make sure you know when the next patch is coming, so you won't be left in the dark! And as always, if you want to peek in on how things are going and see some sneak previews, pop into the Butterscotch Discord!

The next patch will arrive in four weeks: November 6th.

Would you like to know more about the current patch? Dig into the detailed patch notes below!