Introducing, "Seafarer", the 9th major release of Wayward on Steam, and the end of limited exploration in the game. 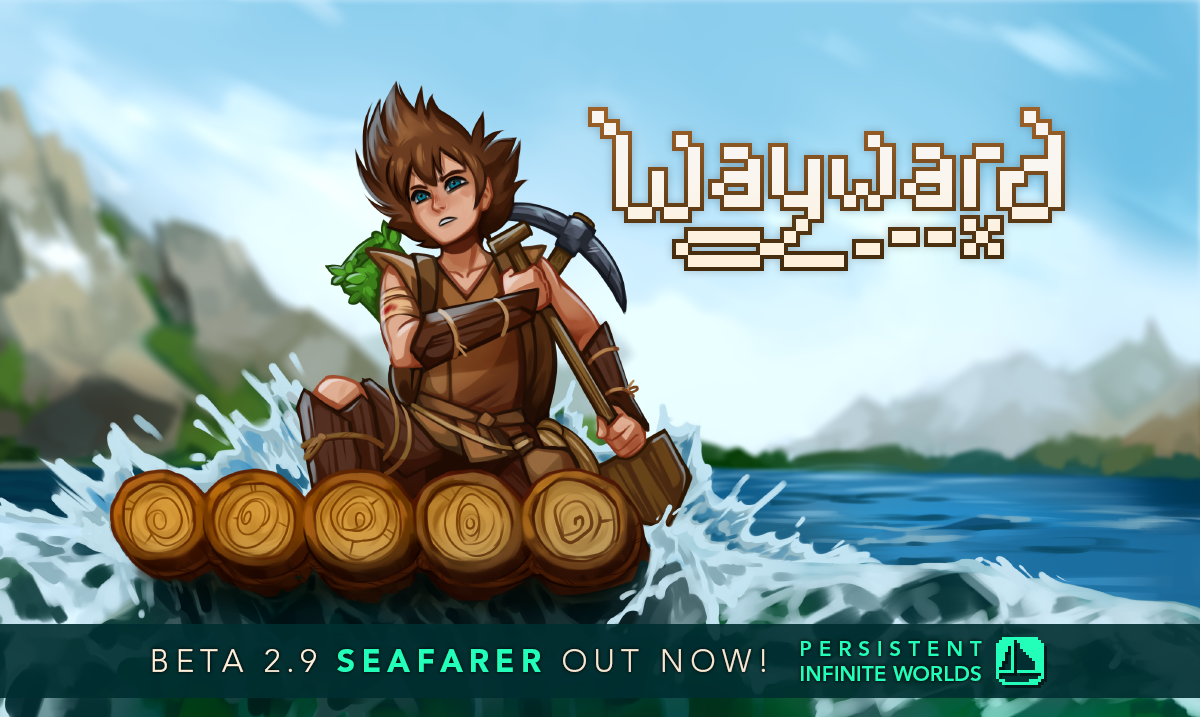 Introducing, "Seafarer", the 9th major release of Wayward on Steam, and the end of limited exploration in the game. You can now sail the seas and explore new worlds and sets of islands. A few stand-out features in this release also include:

This release was one of those big ones. Adding infinite procedural generation while keeping the world feel smaller and meaningful was no easy task. But it's also one of those things that tons of players were clamoring for. Like some of the other big releases under our belt like beta 2.5 which added multiplayer; a feature I previously said would probably never happen. This was also one of those things design wise I was pretty strongly against initially and thought tech-wise, we would probably never manage to do. Well, I am constantly proven wrong by both what I think players would want most, and what my co-developers are able to pull off. Shout-out to:

We still have lots of iterate on with the concept of island types and seafaring in general. Our plan with this cycle is to focus on a pretty large content patch somewhere in the set of 2.9.x releases, so the releases might be a bit more sparse than normal after a major release. This is because we want to focus on some bigger additional content for Seafarer. Things like temperature, more biome content and other unique island-based features like charting/mapping features. We'll still be providing bug fixes of course.

As with all major releases so far, I'll be doing some streaming tonight as well as over this week at random points. This time I'll be doing it live on the Wayward Steam store page. You can tune in from there, or from the Broadcasts page: Steamcommunity.com

Check out our Discord for more information and future community news: Discord.gg or just add me as a friend on Steam to chat.

Also, like other major releases, Wayward is currently on sale for -20% off for a full week.

Speaking of Steam, as most of you might know, that in the ashes of the recent Steam Summer sale, you might have some extra Steam "points" laying around. I would encourage everybody to give out some rewards to all the community contributors out there for Wayward. Reviews, guides, Workshop mods, screenshots, and more! Show them some love!

Wall of text changelog below: