Post news RSS Wayholm has been approved on Steam Greenlight!

A couple of days ago, Wayholm was accepted by the greenlight moderators, however because it has almost been a year since the game was submitted, I've gained new perspective on the project, new skills and new techniques in the fields of modeling, animation, mocap and cgi and instead of publishing the game on steam as it is right now, I would like to completely re-design the games assets with the updated skill set I have today.

Posted by theconceptboy on Jul 1st, 2016

It's been almost a year since the Wayholm project was submitted to Steam Greenlight and just a few days ago I've received the wonderful news of the game being accepted. This is the update for what I am hold in store for this project now that this major milestone is reached. When I've submitted this game, the initial feedback and experience gained from development gave me a good insight about the amount of work that a project like this will require to push the game all the way to the end. I have come to a conclusion that this project needed rethinking as at that time it bore barely marginal presentation quality based on techniques I went with during development. During the past year I've had time to clear my perspective on the project and learn a lot about modeling, mocap and camera tracking as I worked on our other projects. I strongly believe that this project can be much better than what it is right now. The news about Wayholm being greenlit has hit me like a ton of bricks as stats-wise it was not doing too well and it's success of being greenlit seemed to be stacked against the odds (not that it's a matter of a gamble). Since the game was made in Unreal Engine, I thought this would be a fantastic opportunity to re-design the project now using C++ instead of bluenprints as well as tackle this project from a proper direction with efficiency. Before finalizing the greenlight procedure, I will take a few weeks to majorly redesign the game assets, most prominently - lighting models and animation. Lighting is one thing that many users have commented about. The game is too dark. While a year ago, when I submitted this game, I would have disregarded those comments as "of course, it's supposed to be dark, it's a horror game", I have had plenty of time to see the point from a different perspective. I've had some time to gain new insight on the trades involved in game development for a 3D title and I believe I now can tackle the issues outlined by you, the users, in a more appropriate manner.

I'm currently working on updating the script and updating the most significant assets like the house within which the main game takes place. Left is current, right is new wip. 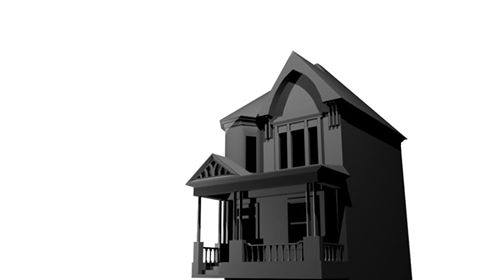