We’re excited to announce that, after more than a year of development, the Windows version of Voxeliens is finally released. You can now download the demo or purchase the full game from our online shop.

For those who don't know, Voxeliens is a retro-style arcade shooter for the PC, in which you defend your planet from waves of descending enemies. The gameplay is simple and fast paced as you battle your way through different environments using a variety of powerups. Think Space Invaders would have been better in 3D? You’re right, so download the demo and play the first few levels for free! 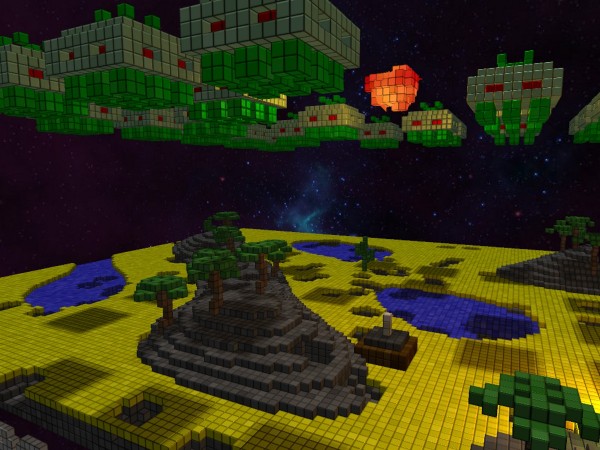 We'd also like to say thanks to everyone who has helped us bring the game to completion. It may seem like just a two-man project, but when you consider the testers, the developers of the open source software we used, and the people who contributed art and sound assets it becomes clear that we couldn’t have done it without you. We hope everyone enjoys the game, and please do let us know what you think!

Where's the Linux version? The IndieDB profile says this game is for Linux as well.

The Linux port isn't complete yet, but we hope to have it available within a month or so.