Vessels is still very early in development, but here we (my development partner and I) intend to let the people in on what we've been working on!

Vessels is a game being developed by 2 people - myself (the artist/animator) and my partner who is doing all the programming. We started around April of last year and have mainly been working a couple days (if that) out of the week on it. We have come to a decent point where we would like to share development as we would like to gain feedback from this stage on.

Vessels is a game intended to challenge the player's ability to adapt and utilize their own ability as well as their allies to succeed. From the moment you wake up, your goal is to replenish the world back to its original state by purging what is known as the Shade from existence. Their very being threatens life as it infects those who harbor uncompromising transgressions and physically manifests them into unrecognizable atrocities. Along this journey, it is also your job to save other Vessels as you'll soon realize that you are all connected. Your spirit is shared by those who have also been protected. If or when your life is taken, you will no longer be protected. You will be brought back through the Shade, and Vessels cannot be reached while in that state. Dying while in the Shade will mean permanent death for you, however, if you were wise enough to rescue other Vessels, upon entering a new game, you will have the opportunity to reincarnate as those Vessels. Each Vessel you save will have unique traits and characteristics that will aid you in your battle to restore the balance of the Grand Design.

Action combat - The combat in Vessels is meant to be a challenging and rewarding experience. We are working hard to make it feel fun while also keeping the players on their toes during combat.

Multiple Weapon Types - Several weapon types are at the disposal of the player. Great Weapon, Sword and Shield, Spear, Long Sword, Bow, Gauntlet, and Focus are various weapon types that will offer different play styles for you to take down your foe. (Animations/Combat foundation implemented.) 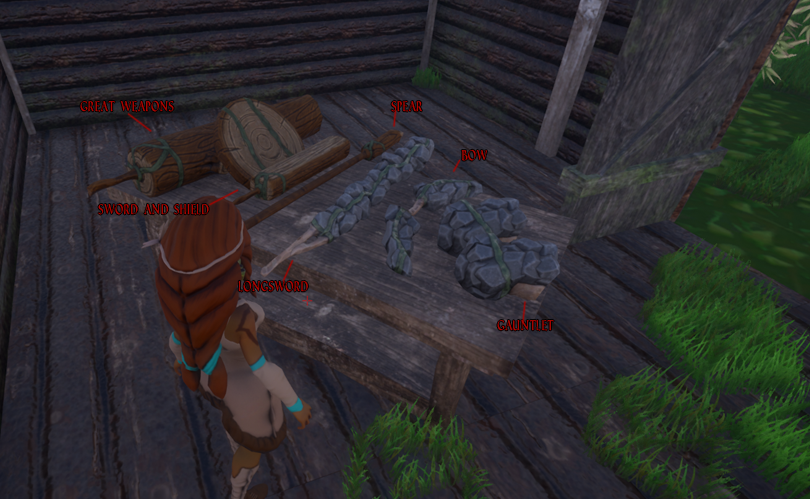 (Currently the Focus is still being developed as far as functionality. It is intended to be slightly more advanced to use because it is a ranged magical item.)

Spirit - This is the connection you have with the world. When the player runs out of spirit, him/her will no longer be protected by the Aeons that protect them from the Shade. This, as well as your health and stamina need to be maintained for you to have the best possible experience. (Foundation mostly implemented.)

Permadeath - This is one of the main features to be aware of. Although this is a feature, there are many ways to live in Vessels, but if you can't manage that, you have the opportunity to reincarnate as a fellow Vessel to change your gameplay experience.

Procedural Dungeons - Although in the future we would like to learn how to make the world procedural in one way or another, as of now (possibly for just demo purposes) it will be manually crafted with procedural dungeons that you will come across including caves, ruins, etc. These areas will yield special kinds of loot and rewards. (Foundation for this is completed.)

Swimming - Traverse through underwater networks and explore areas waiting to be discovered. 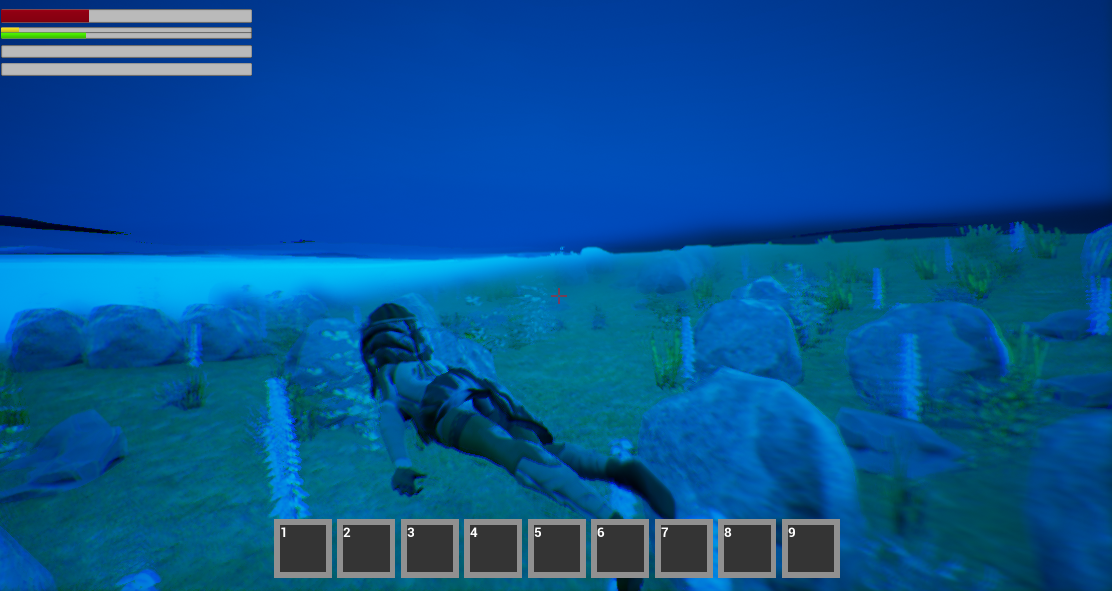 Mining/Gathering/Fishing - Find resources around the world to use for crafting or cooking. (Foundation mostly implemented.)

Crafting - Crafting items including weapons, armor, and various consumables will help you survive your journey. The creatures you slay and the items you gather will all be usable to craft something to enhance your character. (The foundation for this system is already implemented.)

Cooking - Discover and learn recipes that will restore your hunger and even boost your player temporarily.(Foundation mostly implemented.)

Loot - Creatures, crates, cabins, cabinets, cupboards, etc. will have items on or within them that you can either use directly or craft into the weapon, armor, or consumable of your choice. (Foundation Implemented)

Ailments - The environment is mostly against you, so be careful of various ailments that can be inflicted onto you. (More details in the future. Some implemented.)

Manuscripts - There is no leveling in this survival game, however there are items that can be found that will enhance your player's arsenal of fighting capabilities. Read and learn from manuscripts to give you the upper hand in combat. (More details in the future.)

Traits/Talents - Upon creating your first Vessel, you will have generated traits and talents that will determine who your Vessel is. Make the best of this by working together with allies who specialize in different areas.

Shade - This isn't not only the name of the entity which plagues the world, but also where Vessels go when they die. Vessels are pulled into the Shade in the attempt to be consumed. During this state, players can still fight, but will only be at a percentage of full capability. (Max health and stamina reduced. Implemented.)

Specter - When a player dies within the Shade, they become Specters unable to be of any use. They can still traverse the world, but unable to interact with anything. In Single Player, this would mean Permadeath. In Multiplayer, if all players become Specters, a new game would have to begin.

Resurrection - Shade or Specter Players can be returned back to full life by another player using a particle item. Alternatively, players can revive in a single player experience by having crafted an item that would return them back to full life.

Character Customization - We will likely allow players to create their first Vessel using the generation that will spawn other Vessels for you to rescue in your world. It may not be wise to get too attached.

Day/Night Cycle - Self explanatory, however players will experience a different world depending on the time of day. (Foundation mostly implemented.)

Unique Creatures - There will be a number of different creatures for you to hunt and battle in order to prepare you for your next big fight.

These are just a handful of creatures currently in the game. All of which have a full set of animations, but more details about that will be shown later.

There are more ferocious creatures to be seen in the screenshots, but more detail about those creatures will be shown later as well.

Network Coop - We have already successfully made a coop prototype over steam with a small arena game and are mostly confident that this feature is certain.

In most of the pictures and WIP shots you will see a character we call Zelle. She was the initial character early on in our prototype phase and we use her to test everything now. Because you will be creating and generating your own characters, she likely won't be in the final game.

I don't believe I named the full list of features, there may be a few others that I have left out but again, the game is still very early, so some of these features may be taken out or changed and some are still being worked on. We want to be able to create an experience for multiple people to enjoy and be able to work together for a greater good.

If you would like to see development, ask me any questions, or give me live feedback, you can follow me on twitchtv under Twitch.tv.

a question: what happens if you become a spectre and just waiting there for everyone else to die?

would it not become a boring experience if you just float around just that? or would you be able to do other things in that 'spectre' form

Currently, becoming a Specter means that you would have had to die twice since you go into the Shade after dying the first time. If you happen to end up as a Specter, you aren't necessarily waiting for everyone else to die since there is a good possibility of you being revived by an ally.

I didn't go into too much detail, but there will be a couple of ways for the player to self resurrect from being in the Shade. As far as a Specter, we haven't thought about it too much since it's not completely unforgiving to become a Specter in multiplayer. We are open to ideas though.