Some new details on features and recent additions in the asset department.

Well I have been working some nights now to get some new content, and I have to say that I am pretty happy about the way it all came out (although you always want to get more done). I have added teleportation, working traps, a health system (with general health, stamina, thirst and hunger, you can also get poisoned, get cuts and bleed and lastly break bones (and you have to cure yourself since this breaks you down over time)).

So I am straying a bit from the Heretic/Hexen style of gameplay, but I think this will add some much needed depth to the gameplay. Also added some dwellings, temples, and wooden structures for the swamp living goblins that will inhabit the underworld. Oh, and also working ladders for the player to use (this was a struggle getting it to work the way I wanted with a lightweight simple script :).

You may also notice a compass device at the top (crude prototype), this will be the main guidance the player will have, but I will also enable to mark certain points of interest the player has visited (by "tagging" them and get as a waypoint). So if you want a map you will have to draw one by hand :).

Will keep working and keep you updated, might be able to release very early gameplay demo soon (a couple of weeks) showing of some basic features (no enemies for example). 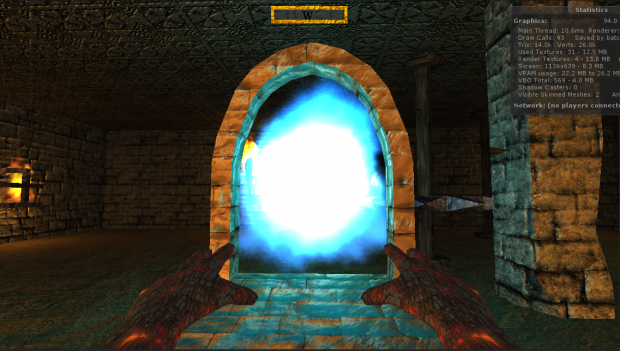 View before stepping into the portal (hope to add some videos soon). 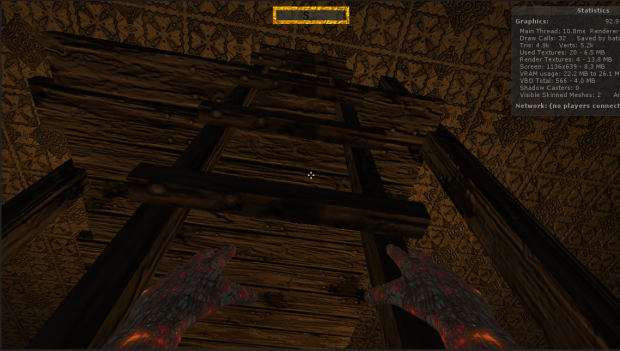 Working ladders were the player snap to on by jumping on it (or walking on to it from above), I wanted this kind of system since I hate when you die from falling of a ladder. It would be even worse in a game with perma-death (will probably add two modes since not everyone can take such harsh punishment, but we will see). 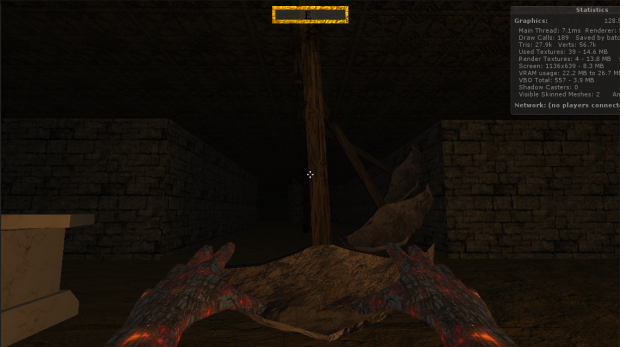 Some of the planned traps and obstacles, will of course be placed so you can't sneak past by the sides.

Also added some more pictures in the gallery, mainly just general views of things that has been done recently. That's all for now, thanks for the interest!