This update holds an upgrade menu for Team Versus Team and COOP as well as fixes. You can the health of the players, turrets an mobs as well as the damage. Turrets and mobs also have an option to upgrade the range. 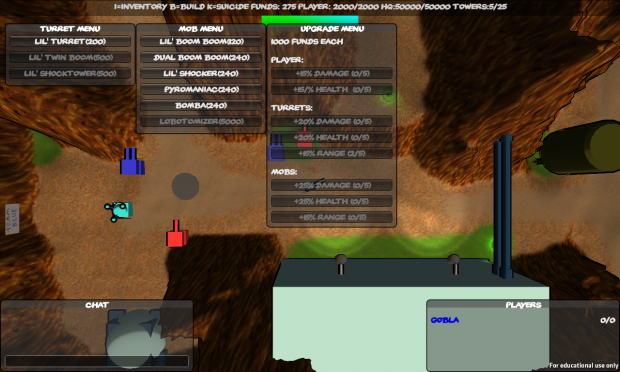 All upgrades now cost 1000 funds. It is advised to not buy these upgrades right in the beginning of COOP mode. However they can give you a great tactical advantage.

All upgrades are applied right after buying them. All your team's affected units will receive the upgrade right away including the health boost. However if a unit is damaged to 75% health, it will stay at 75% health at the new hitpoint range. All new build units will also have the provided upgrade.

Below is a list of all the upgrades by level: 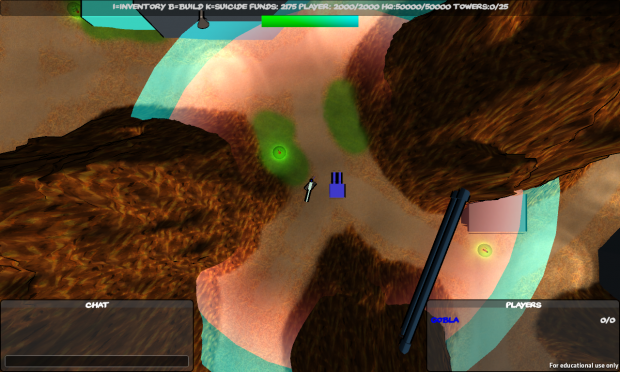 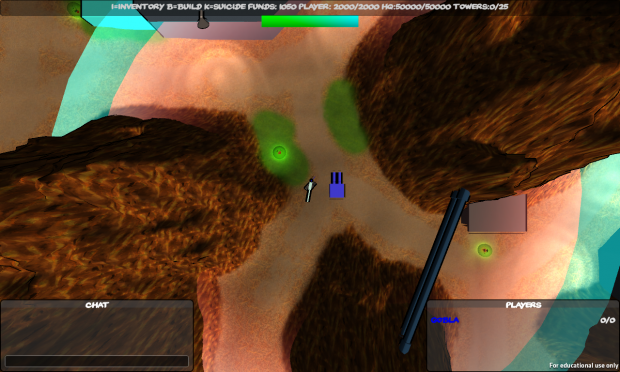 Downloads are now available. The Alpha/Development versions can be downloaded here:

Thank you. Do watch the other images for a better impression.