Welcome to Mini Tank Battles. Mini Tank Battles is a comic styled multiplayer oriented 3rd person shooter/ tower defense crossover. The current state of the game is an early alpha. Please watch the video to see some shots from the game.

The main gameplay is a fast paced 3rd person shooter with tower defense to support you in the battlefield. With 4 game modes and 4 classes to choose from. By leveling up, spending skillpoints and getting better gear you are able to overcome bigger challenges.

Registration is optional and will give you certain benefits ingame like storage of your inventory. Registered and non-registered players won't be able to play in each others games. Feel free to ask questions and do suggestions.

Please try the game at: Minitankbattles.com

Mini Tank Battles needs your support to be able to be completed! 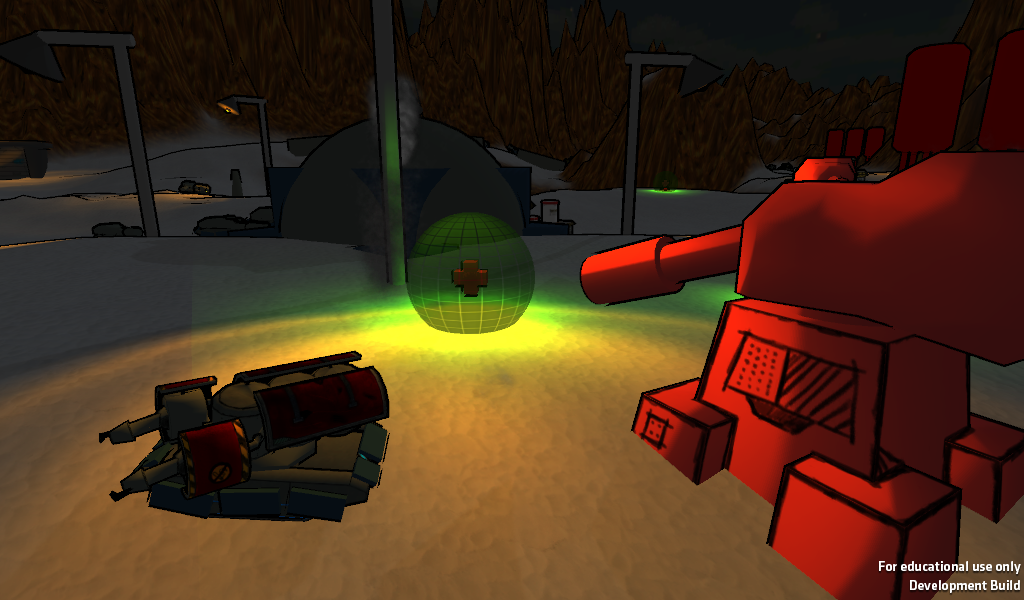 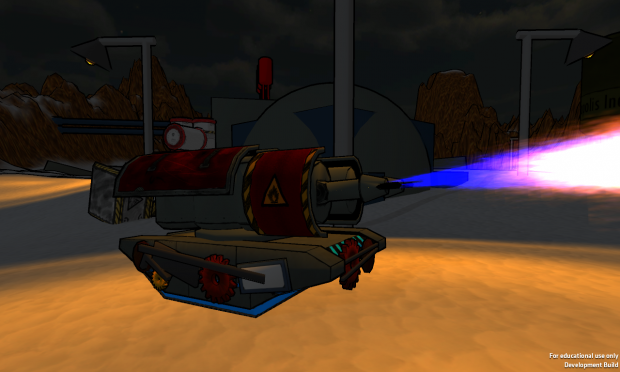 A few of the old ugly placeholder models have been replaced with newer models. The models and their textures reflect the new style of the game. The comicbook style will be maintained, however it will get more serious and darker (a bit like the style borderlands). I hope you like the new style. Do note that the current level of details is still at the low-end. This will form the basis for Android and iOS. PC,Mac,Linux will have much better graphics. However this can only be done by a successful crowdfunding campaign. 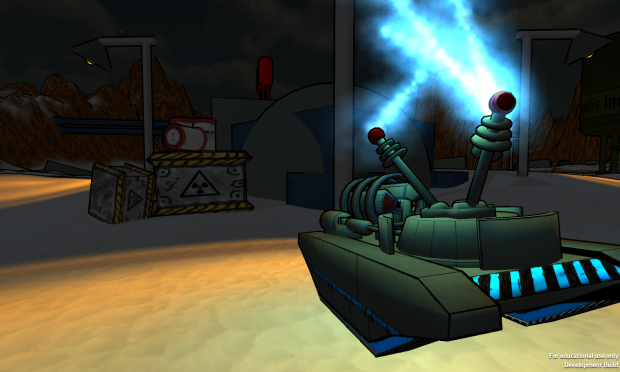 The first test version for android has been made. The game works completely but needs optimization for the mobile devices. When the crowdfunding campaing succeeds, the development for android can continue. 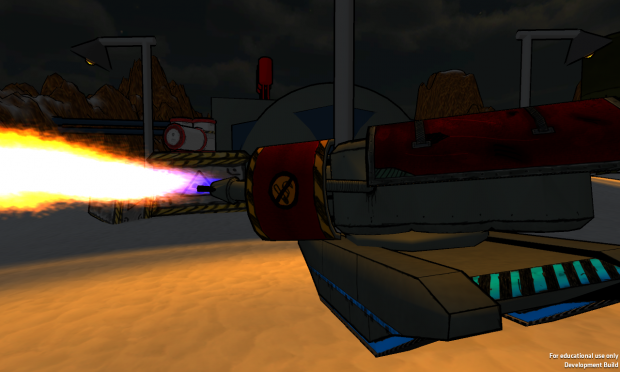 Networking has been improved and will continue to be improved over time. You can help by testing this and report any (performance) issues. 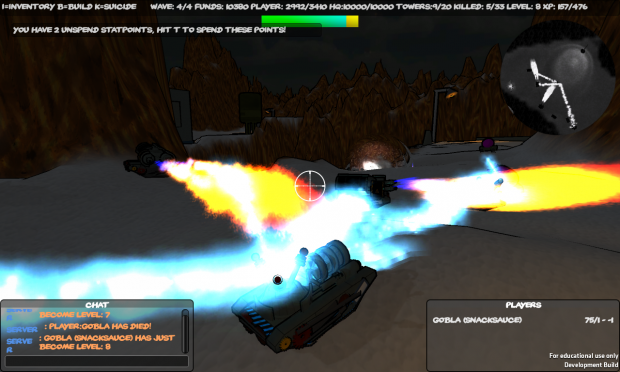 Mini Tank Battle scan now be found on Steam Greenligh t(Concepts) and IndieGoGo! Since the game is getting bigger, we need your help to make this game happen. It is most likely that the game cannot be completed without a successful crowdfunding campaign (due to the cost of licenses, servers and more). If the crowdfunding campaign fails, you get your money back (details can be found at IndieGoGo). So either way, the campaign works, you get the perks reflecting your donation and the game can be released near 2013Q4 / 2014Q1, or you get your money back. Please support the game if you can.

So please help to make this happen via:

The Mini Tank Battles Website is all fresh and updated. Valuable information about the game and the development can be there. Let us know what you think: Minitankbattles.com

This update holds a big part of the game: The levelling mechanics. Another big thing is the new map you can play if you are level 4 or above. From now...

This update is focussed at various things. One of these is the much requested repair for Turrets features. Player versus Player updates for balance and...

This update holds an upgrade menu for Team Versus Team and COOP as well as fixes. You can the health of the players, turrets an mobs as well as the damage...

There Is New Mob And New Weapon Will Released? Im Wait During Next Day

I am still converting the models to blender so I won't have to work with student licenses. This takes some time, please be patient.

The Inventory miniupdate is done.

Due to an update, your current items will be replaced with others next weekend. The type and level will stay the same, but the stats on the items will change.

As a compensation every player will get 7 random weapons and 3 random pieces of armor at the level of your highest character if you have logged in in the past month.
You will also get an option (later on) to undelete your collected items once.

I am sorry for the inconvenience. This update is necessary and will most likely be the only update ever that will change your collected items.

The change was delayed. You can log in till 10 pm GTM+1 for the compensation items. After that the conversion will start.

Yep, I am working on it. I've bought the full Unity license now and am remaking the models in blender so I can start to go official.

A think I learned the hard way is that Steam Greenlight is not full of developers. Both here and on UnityForum, most developers agree that you need decent gameplay before graphics and fancyness. On Steam Greenlight it is roughly the other way around. I've seen non-functional renders of what would become a game with no gamplay at all being attached praised to the heavens, while functional games with alpha/beta graphics being downvoted in oblivion.

Do note that this is a slight exaggeration and generalization of the situation, but it is one effect that I would like fellow developers to know before posting to Greenlight.

Also If you like this game and you can vote on Steam Greenlight Concepts, please give a vote to create more awareness: Steamcommunity.com

Looking for more alpha testers, do you feel up for it? Please contact at: Minitankbattles.com