Another fine update brought to you by the Conscript team.

Hey everyone, welcome to update 25. This update we get a look at some of the behind the scenes work jaAm has been doing, and a peak at some of our final-ish PC animations phone's been working on.
We will have another, update in week or 2 when I get back, hopefully featuring more Source Conscript material!

Here is JaAm's part of the update, It'll explain everything on his end

marmalade wrote: Hey there, been a while, hasn't it? Some of you may recognize me as JaAm, though I doubt it since I've never really posted here. Anyway, after months of me not doing a damn thing for conscript I finally got my shit together and taught myself how to model. I'm still a novice so I've been taking it easy by sticking with modeling/texturing for the quake (psp) version of the game.


marmalade wrote: First up is the Arctic Rebel and texture variants. These are hardy fellas that are gonna fight with with you in the Kraken Base and Weather Control

marmalade wrote: Next up is the Arctic soldier and a somewhat mysterious texture variant (though I'm sure you guys will figure out its purpose) 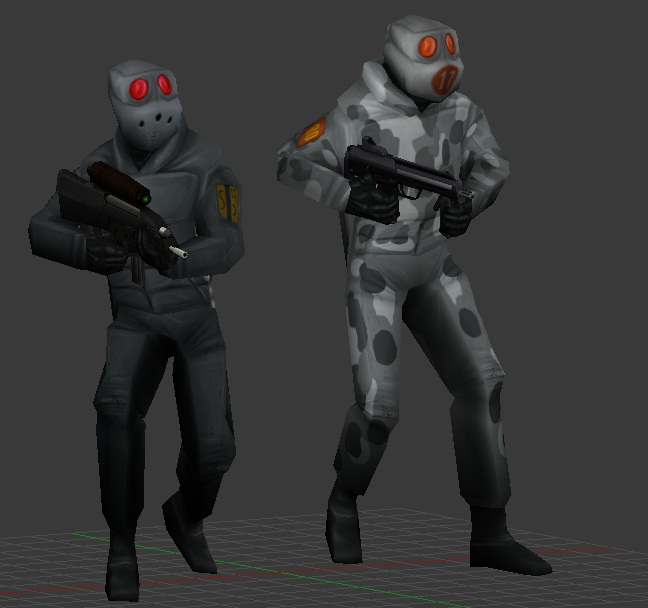 marmalade wrote: And finally is the finished Sniper, for whom I did the texture (The model was made by Orange_Tomato) 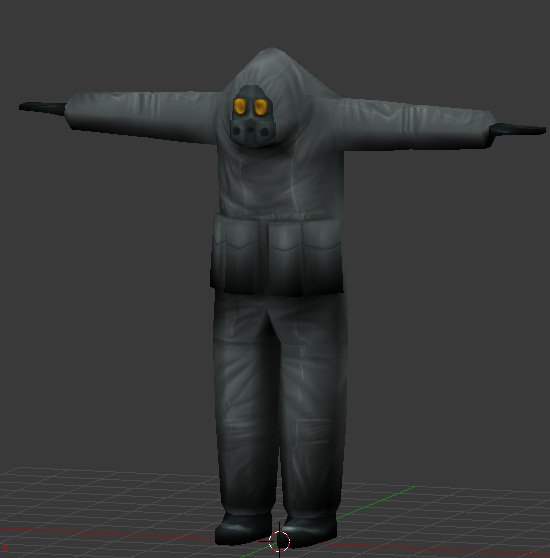 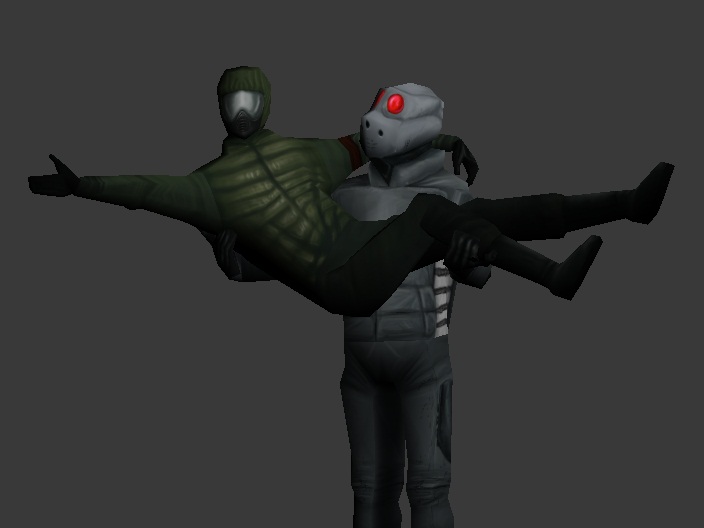 Here are phone's final-ish shotgun animations:
- There will be a few more animations added, will make a new video when the time comes
- Animations are WIP, but for the most part final
- Also keep note that the fingernail is missing from the final hand texture, will be added
- The first 3 reload animations are called "action reloads", a bit longer and sloppier than the normal inert animations. There will be a chance that these will play if in heavy combat, sprinting, or taking a lot of damage. We're editing them to make them more visible to the player

We're looking for mappers, modelers, texture artists - the usual. If you have any of these qualifications or more feel free to PM me!

Will the alternate rebel skins signify what rank they are?

No, but that's not a bad idea, I'll think on that!

Does the green guy have abs? Is he THAT sexy?

are those polka dot pajama camos

That's a left handed shotgun though...

Indeed it is, one of the features of conscript is having to try and avoid hitting your self with your spent shells. fun for all.

If you look closely, it was the same in the beta:
Media.moddb.com
It's a lot cooler seeing the shells cycle, + what phone said

Yes it's so cool to have shells fly into my face while being shot at by some combine soldiers.

Originally it was modeled with the bolt facing the other way. It was mirrored soon after since it was mirrored in the beta and looked pretty good. It's staying yo. Its the only weapon planned like that anyways

I know. I'm the one that told you to not apply it to the rest of them.

Seeing the shells cycle is always cool, it just takes more work to model; but it's not broken, so no need to fix it ;)