Today we released Update 0.1.6, a smaller update focused on gameplay improvements and bugfixes before the Steam release on Friday.

Since the last update introduced a new game mode, all old maps have been removed from the game, so it’s time again to create new ones. Today we start with a new winter map: 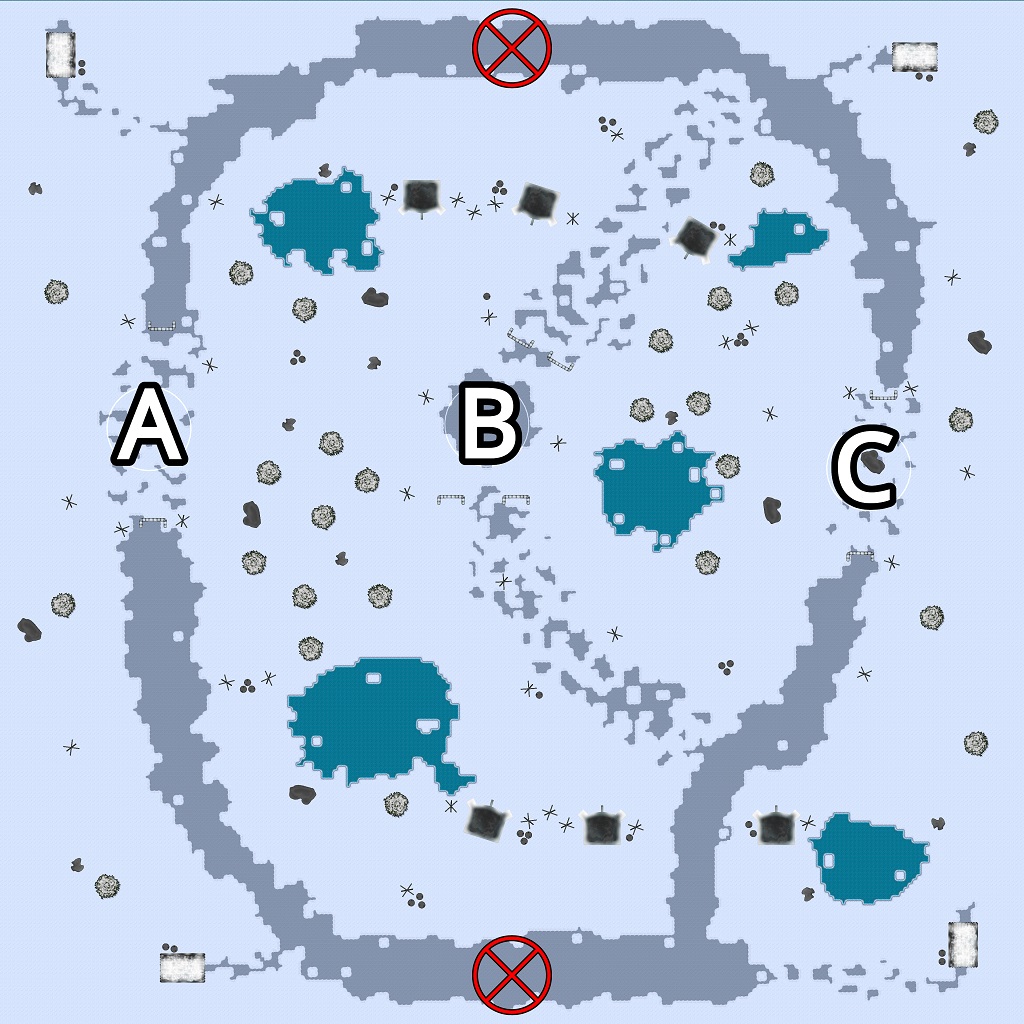 Like the current desert map, it has been split up into smaller areas that are easy to access. However, it also contains a lot of cover and is slightly bigger than the desert map. Let’s see how this works out ingame for now. It still can be adjusted later if needed.

Besides the new map, the battle chat has been finally reworked. The regular static chat window has been replaced with a more temporary version, fading out the messages automatically. The message input field also has been hidden by default and only shows up after pressing enter. Sending messages to the enemy or own team has been simplified as well, and should be much easier to understand now.

And that’s it already about the new features. As written above already, this update was focused on bugfixes only, so check out the most important changes here:

Of course the update also contains many more smaller background changes, too many to list here. Better server performance, client optimizations, NPC adjustments, smaller bugfixes and localization changes, and so on…

And please note that this is the final update before Steam release on Friday, March 22. The game should be playable on Steam for free at around 19:00 CET that day. We expect at least a few new players then, so please be nice and say hello to them if you see them! :)

Thats all for now. See you on the battlefield!