Tanks2.DE is a 2D online multiplayer tank shooter, currently featuring 3 nations with over 40 tanks from the World War 2 era.

The game is in a stable open beta state and available for free at www.tanks2.de

So let’s get directly into it. There are many new features and complete reworks of existing ones to explain this time.

All physic simulations have been moved to the server now, multithreaded and dynamic. While steering your tank may feels a bit different or even slightly laggy/delayed now, this change has many advantages.

An interesting mechanic introduced by this change is ram damage, and ramming in general. You may now deal damage to other players by ramming into them. But be careful, weight and speed values are taken into account! Ramming into a heavy tank at full speed with something smaller usually is a really bad idea.

Of course you can now also push other tanks. They have quite a bit resistance, but if your engine is strong enough, even bigger tanks should move slightly when pushed.

The new system also has been designed with bigger battles in mind, allowing you to take over control of other vehicles in theory, to take over the vehicle of an AI teammate for example after you lost your own tank. This is not implemented yet, but totally possible for a future update!

Map Generator
In version 0.1.9 all ingame maps are generated randomly. For more detailed information on the generation process, please check out the previously posted devblog.

If random generated maps won’t work out as expected, we will add back manually created maps or maybe even combine both systems.

Vision System
The game just received a vision system! For more details check out this devblog article. It explains the new mechanics behind it pretty well and provides some examples.

AI Improvements
The AI system has been rewritten from scratch (again). Pathfinding, behaviour, physics… your robot friends should be a bit smarter now. The new AI uses a modular behaviour system, allowing better decisions in realtime and smoother integration into existing and upcoming mechanics. They are also bound to server-side physics like regular players now.

New Game Mode: Capture the Documents (CTD)
The 3-cap game mode has been replaced with this new one. Both teams start with a base on a random map.

Break into the enemy base, steal their secret documents and take them back home to your base! But be careful, entering the enemy base might not be as easy as it seems, since tank destroyers can hide pretty much anywhere now...

Squads
A highly requested feature has been added with this update: squads! Yes, you can invite your friends to your squad now to enter the queue together!

To do this, simply open the squad menu in the garage, invite a friend, select a tank and ready up. Once all players in a squad are ready, the squad creator can join the battle queue.

Currently the squad member limit is set to 3. If this turns out to be too strong (or too weak for some reason?!), the limit (or the matchmaker) will be adjusted again. 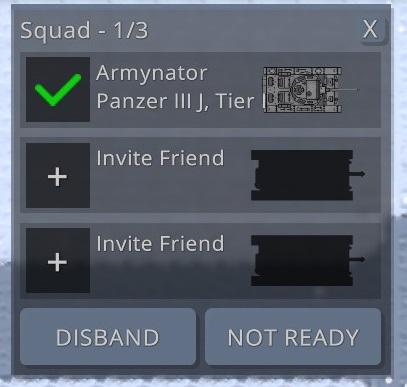 Battle Rewards
All battle rewards have been reworked to be more focused on teamplay. You may now get rewards for kill assistance, damage done by scouting, scout durations and scouting attempts, blocked damage, survival time and more.

This also means that keeping enemy vehicles scouted and visible for your team is being rewarded now.

The whole battle result system got a rework. Battle results are stored for a few hours now, accessible from the notifications list in the garage. The result screen has more details now as well. However, keep in mind that the results are not stored for an infinite amount of time. Usually they are visible for a few hours at least, and always lost after a server restart. In theory this should be enough for now, but if really needed, we may adjust this again to store them for a longer period of time. 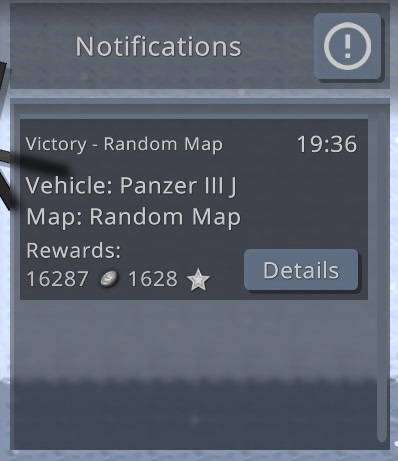 Other changes
The update also comes with some smaller changes:

Sorry for the waiting time
It’s clear that this update took us way to long. It’s been over 5 months since the last update, and that’s hard to excuse, especially since the game is in early access.

Sadly about 80% of the game code had to be rewritten from scratch to make server-side physics possible, and to lay down a robust foundation for the future. Also the underlying physics engine needed unexpected adjustments to make some features like ramming possible. This totally blew up the time plan and caused a really long waiting time for you.

Together with this update we integrated Steam DLCs. As a small thank you for staying with us, we are giving away the Starter Pack Steam DLC for free. It contains a new light premium tank, the BT-2, some gold and a few days of premium time. So head over to the Steam Store and add it to your account for free before this offer ends!

Currently there is no vision system in the game, not even a simple one. But don’t worry, we will change that in Update 0.1.9!

In Update 0.1.9 all battlefields will be generated randomly. This article explains how the current version of the generator works, and what the generated...

Update 0.1.8 has been released, containing new bullet mechanics and many other improvements.

Update 0.1.7 has been released! This time it contains a new map, a clan system and some other improvements.

How the heck do you shoot???