Approximately, in the old game development mode, I am releasing the next update, which introduces new graphics into the game, and also starts the development of all survival mechanics.

Approximately, in the old game development mode, I am releasing the next update, which introduces new graphics into the game, and also starts the development of all survival mechanics. I wanted to introduce it slowly, but they are so connected that you have to do everything. To get started - a brief overview of the changes:

Good news for the development team, that is, me and the screenwriter, the moddeler enthusiast joined us. Of course not about, in other matters, like us, but intends to seriously develop. I started as we all with the editor of warcraft 3, well, he specifically with the simulation for warcraft. 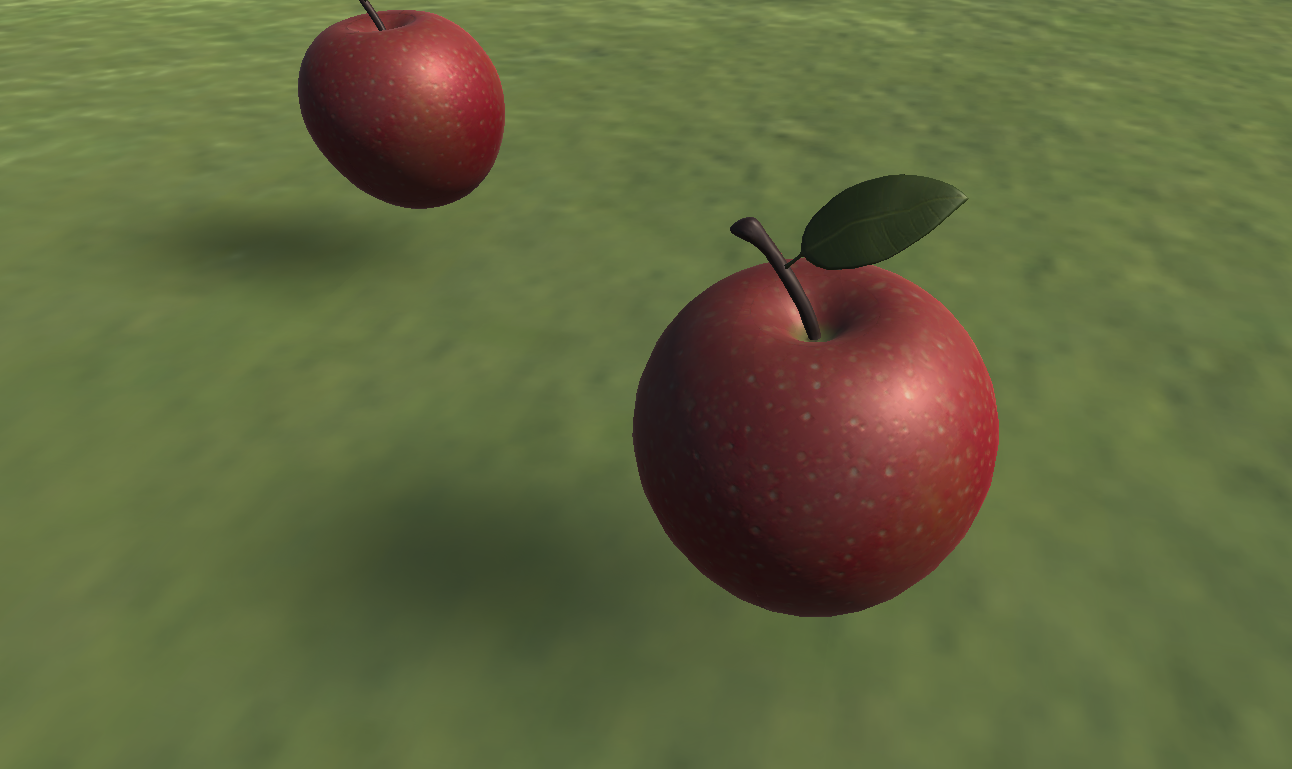 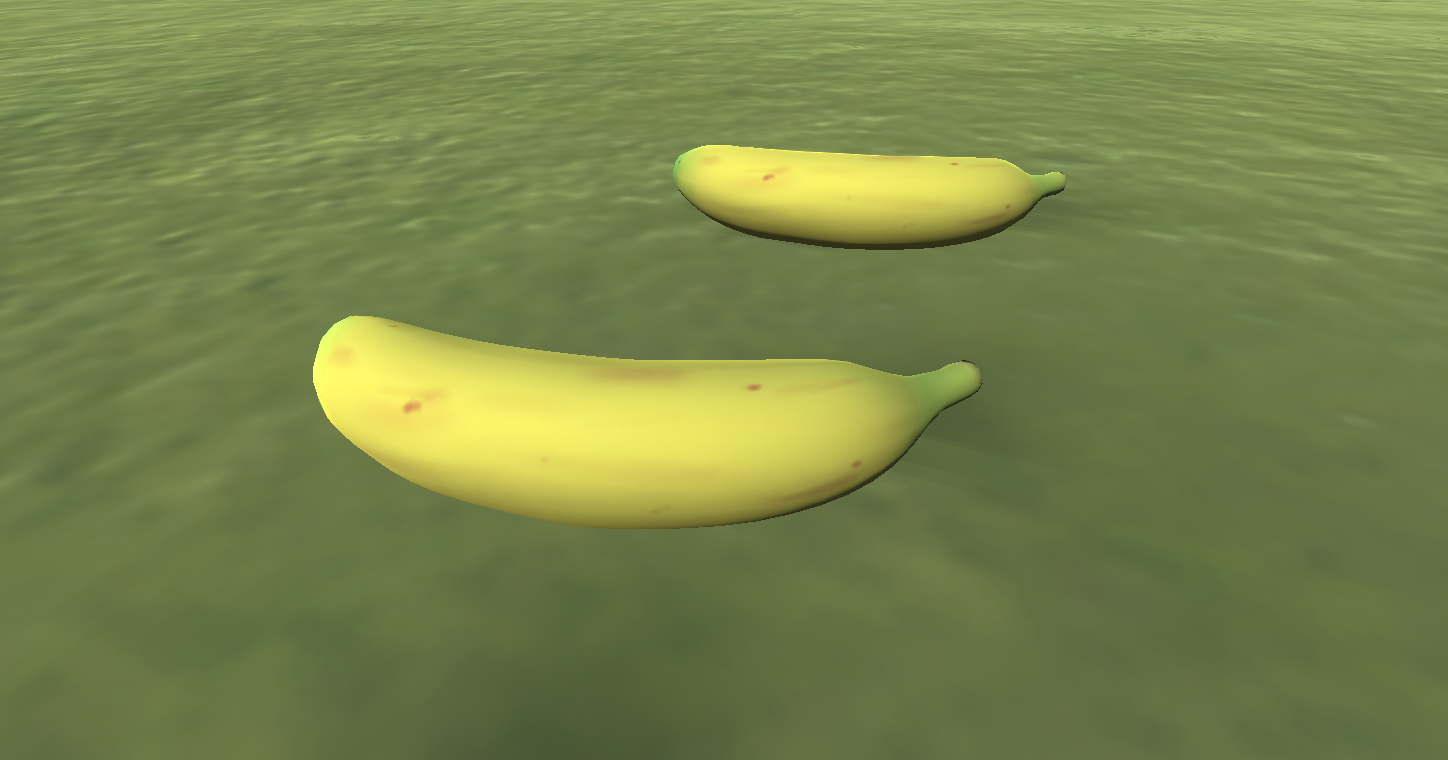 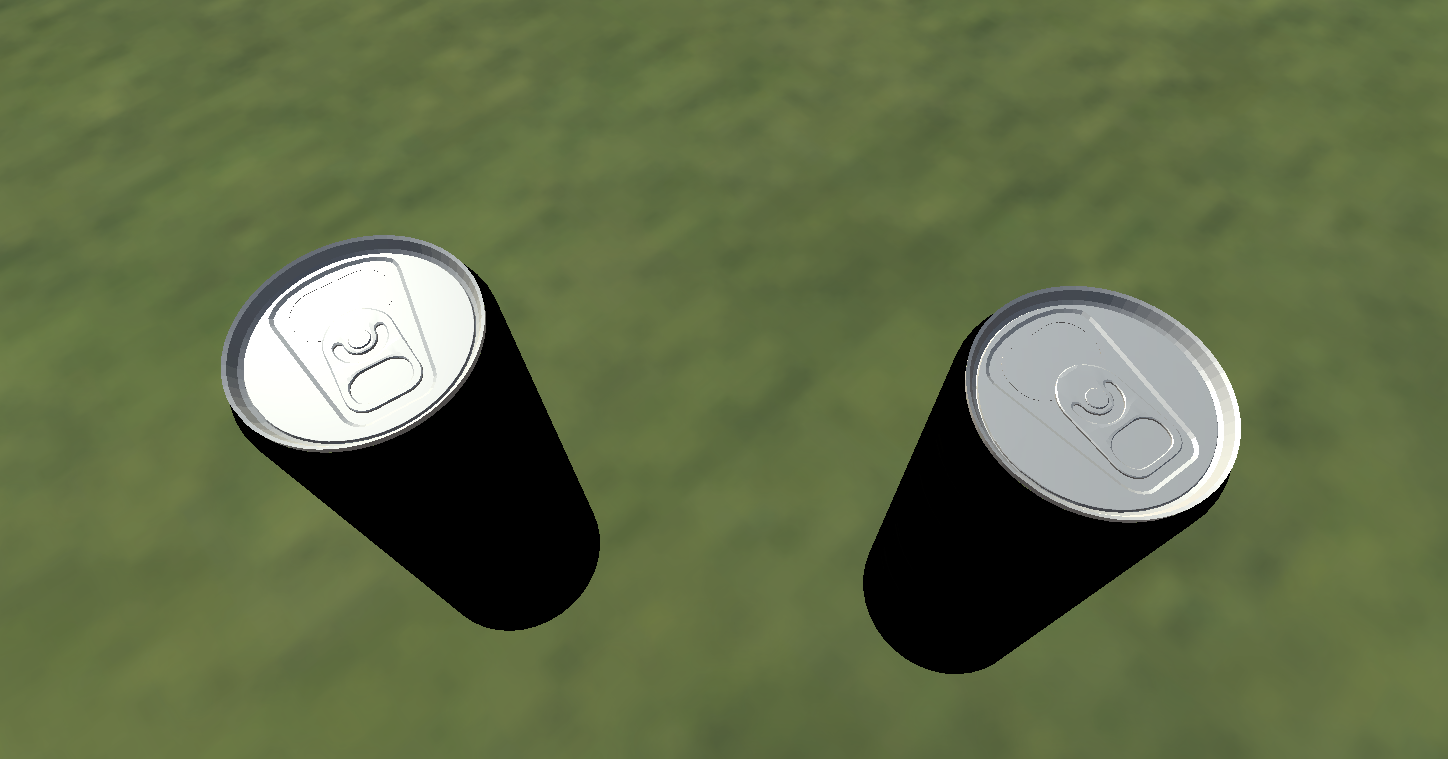 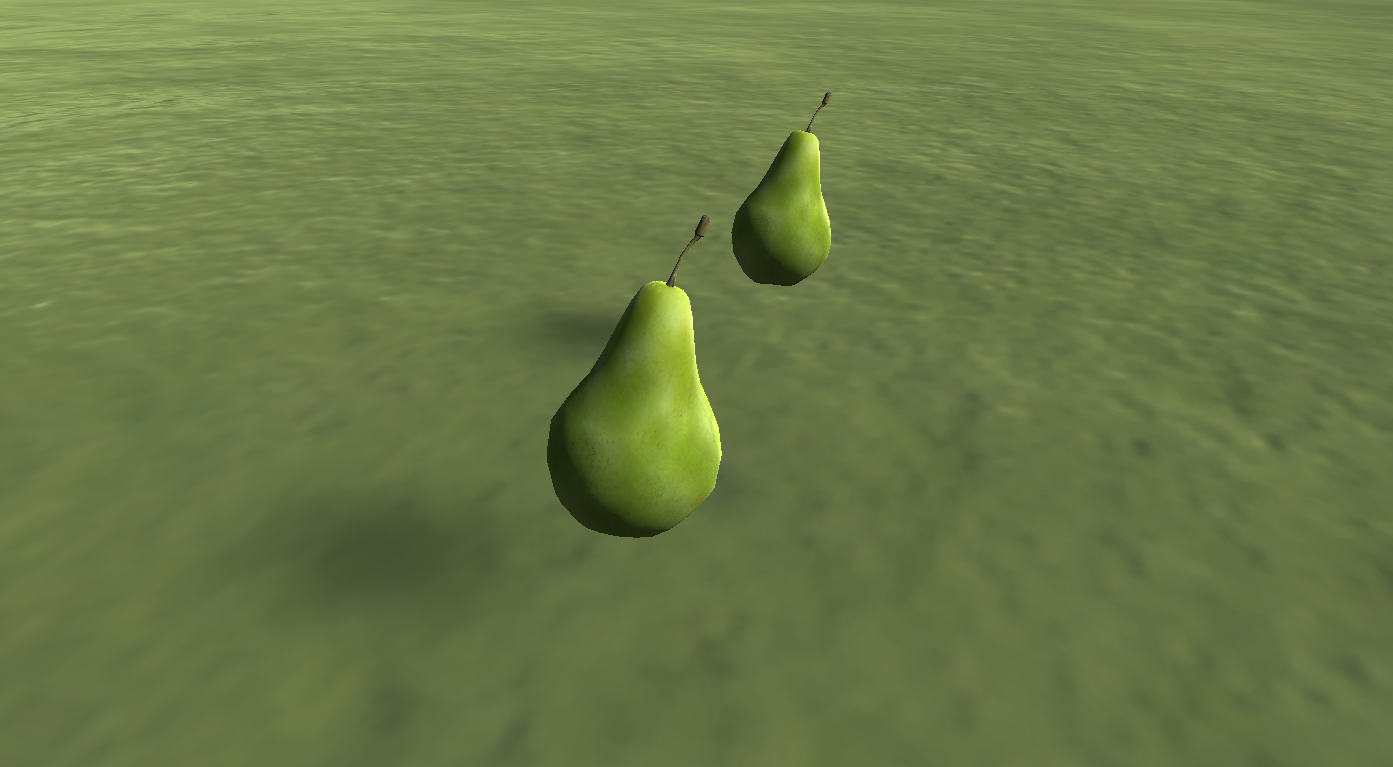 First of all, he reworked the food models that are now in the game, made lodas - which I have long wanted. Well, I modified the materials and textures. Also, an orange appeared in the game! One of the new food items - we are waiting for a bunch of new items. 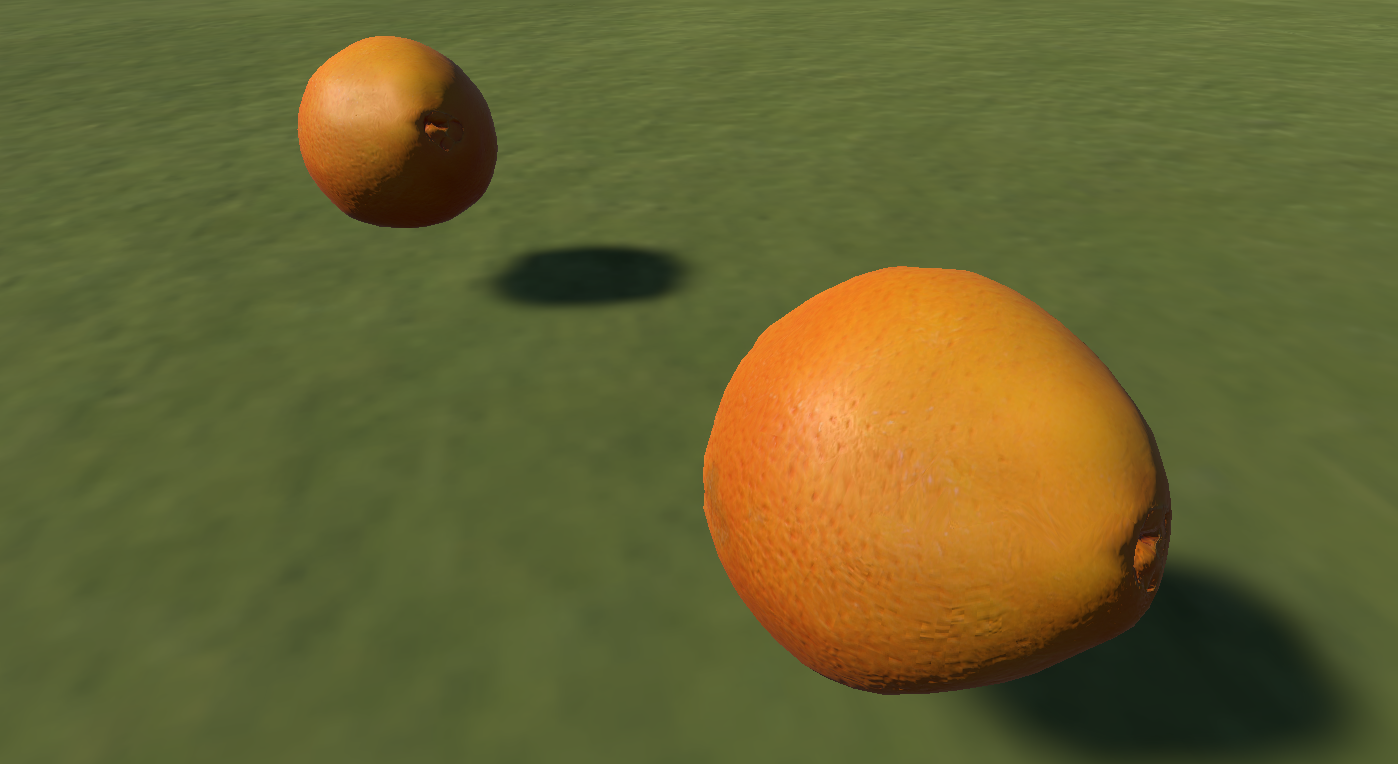 According to the characteristics, an orange is slightly worse than an apple in calories, but gives more energy - it is difficult to use. many times you need to bite him, well, or the Persian first cleans it, then bites

Added graphics processing at the settings levels. Yes, there will be no flexible graphics settings, only presets will be. This is done so that with the help of the settings it was impossible to achieve an advantage over opponents. Each level increases the range of drawing; minimum 200, maximum 1000.

On medium and higher, global shadow processing is activated. Makes them more saturated and adds to where they were not. 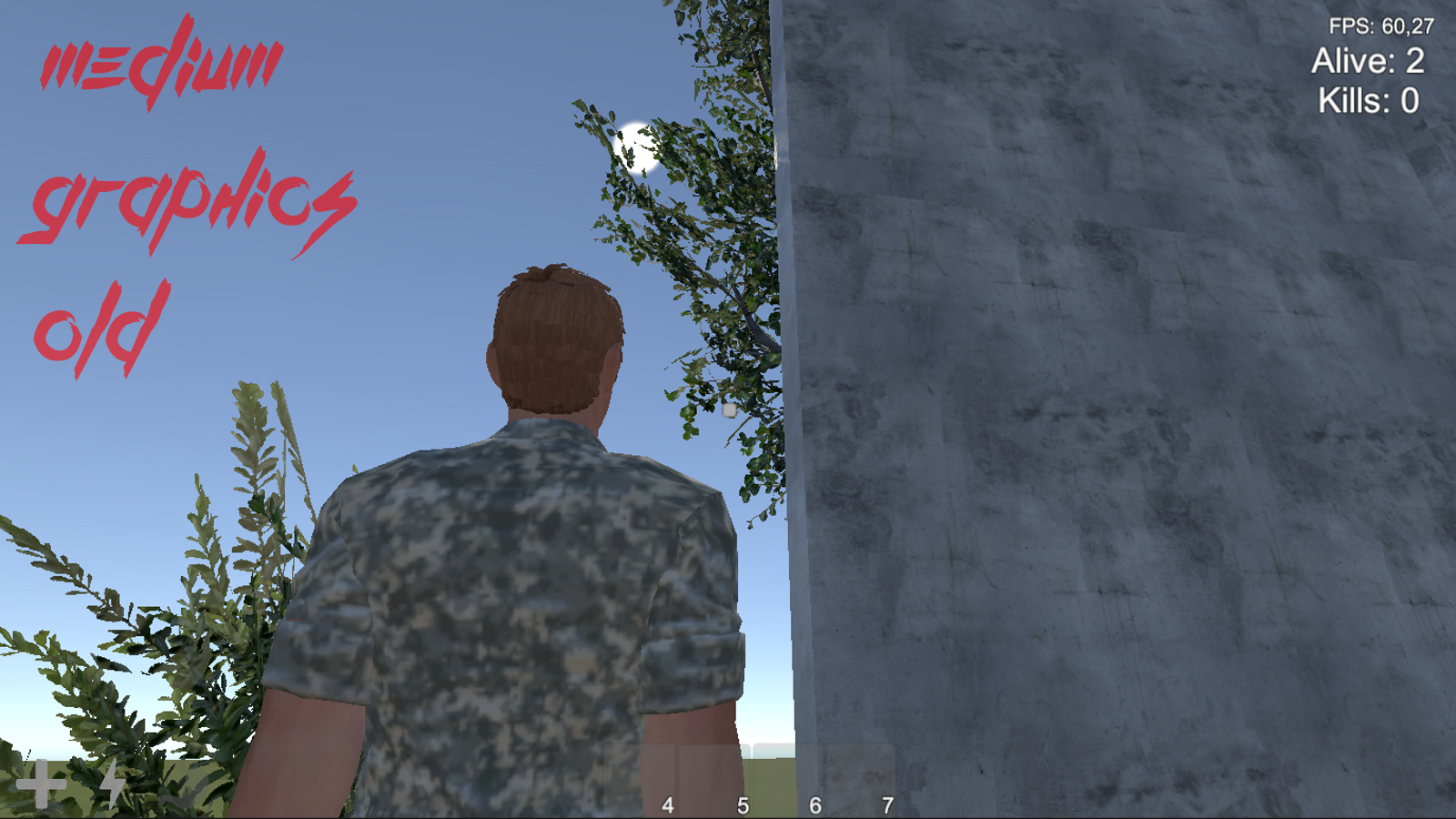 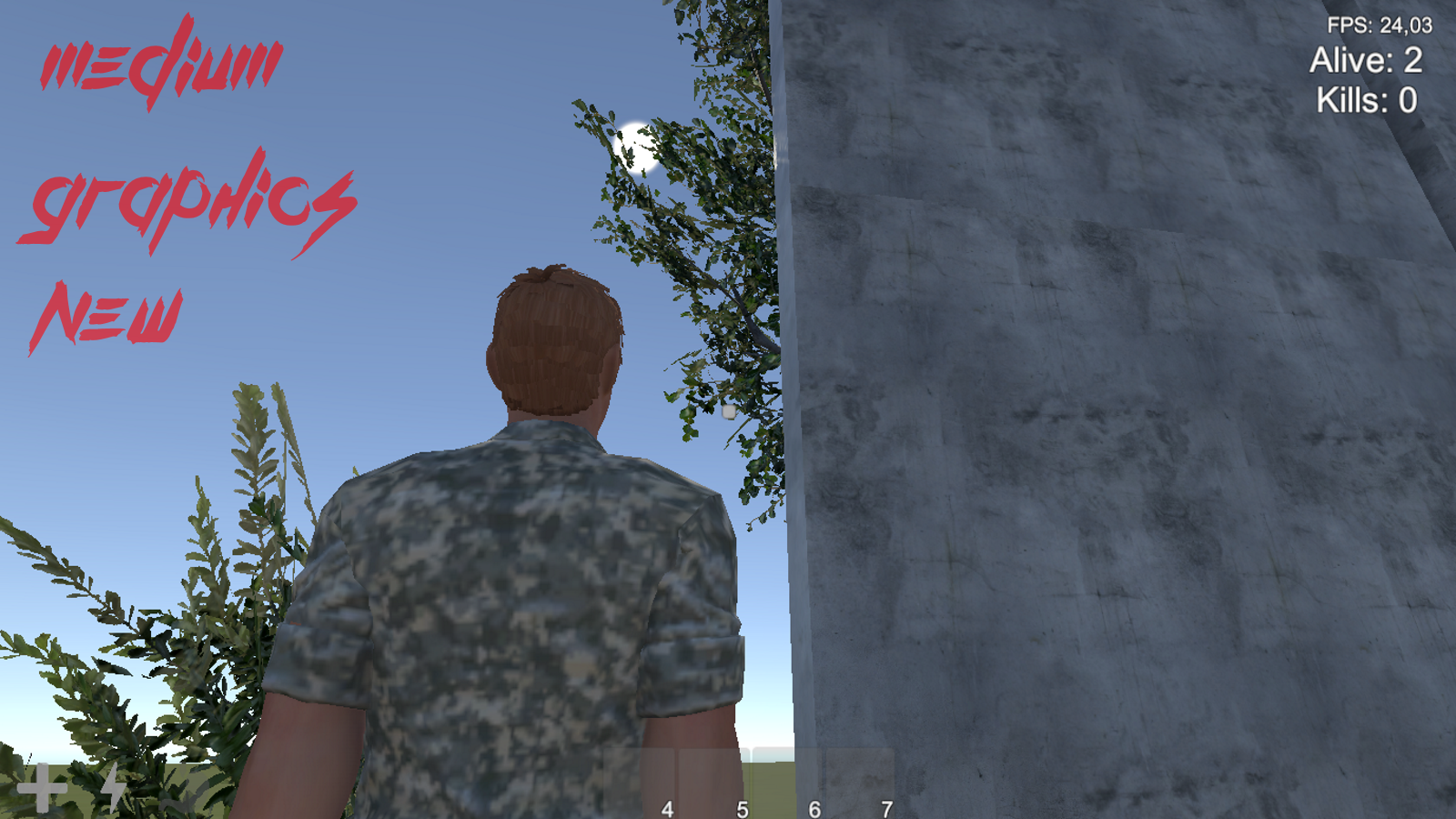 On a high, and above - antialiasing and postprocess pictures are activated. Antializing - smoothes the edges of models. Postprocessing - adds color correction, more reflection. This is of course test processing, everything can change in the future. A haze was also added, which gives a sense of the atmosphere - at the moment it is poorly tuned, but later everything will be according to the canon. 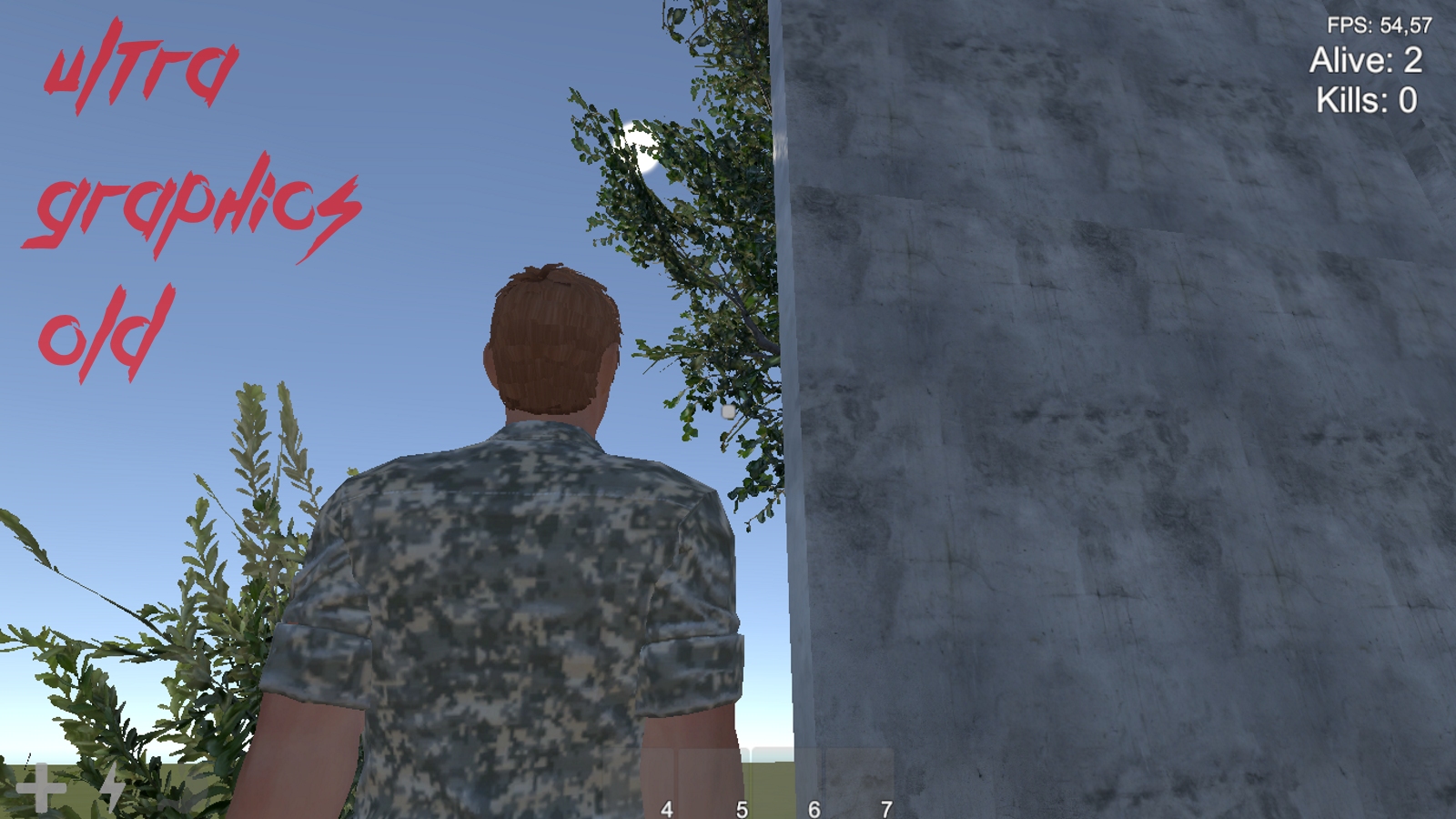 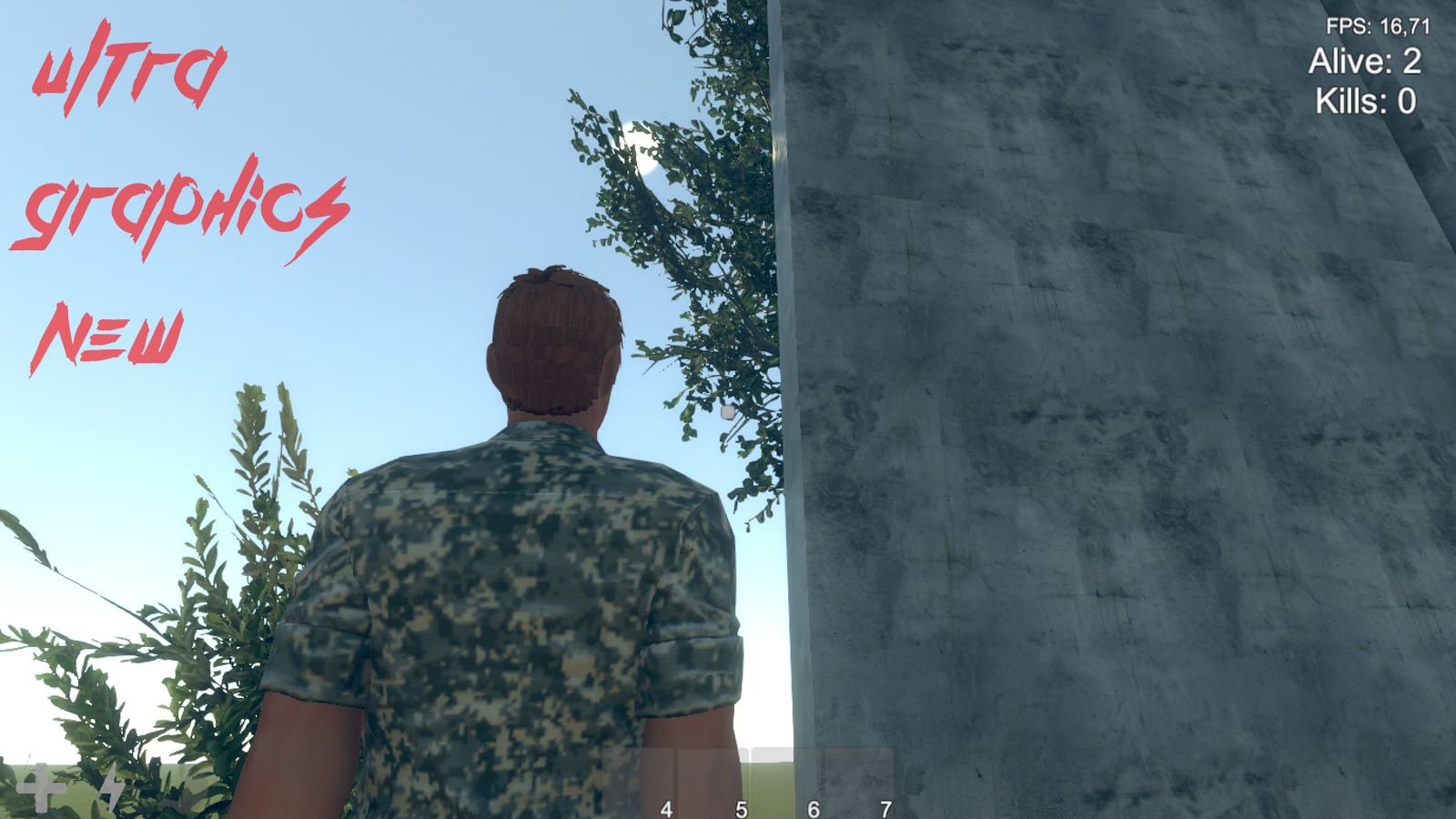 The game's graphics processing has reached the Lightweight Render Pipeline (LWRP) level. As soon as I get more powerful gpu, I’ll immediately configure the processing in HDRP quality.

The mechanics of character starvation mechanics have been completely refined. The hungrier a Persian, the weaker he is. The character can be overfed, and he will be stronger, but there is a chance that he will give everything back that he ate - overeating. The status of hunger is fully displayed in the inventory. You can visit and read the icon for what stage, character commentary and impact effect:

If a character has a negative effect of hunger, then it’s enough for him to use something from food or drinks, as the negative status will decline. The same mechanics affect AI players.

Now I will make a strong emphasis on the development of character statistics, I will try to cover as much as possible - perhaps, on the next update there will be all the statistics of the character - how to catch them, as well as a cure for them.

P.S.: At the entrance to the experiments with grass, we managed to return it to the game, but during testing it was decided - until it was put into the game. The reasons are simple - there are no mechanics associated with grass; strong reduction in frame rate; A new dynamic environment shader has appeared. Perhaps in February there will be final decisions and work with grass.

Wait for the video gameplay on the new high graphics. We’ll shoot on the laptop of the modeler - he’s quite powerful.