Esperia is an hybrid between a turn-based tactical srpg and visual novel. And guess what, the two gameplays mix pretty well ~

Today I decided to do something a bit different and talk about how we chose to intertwine two very different style of play in Esperia.

On one hand, we have SRPGs, tactical games heavily relying on gameplay, position, anticipation and calculations. Trying to identify the best formation and move your units according to their specific characteristics; whether we're talking real-time or turn-based strategy, players do their best to identify the enemy pattern and anticipate their next move, to outsmart them.

Turn-based tactical are often clumsily compared to chess, and that comparison isn't that far-fetched - say the seasoned chess player in me. But turn-based tacticals have actually much more available combinaisons by the sheer nature of the "pieces", character whose capabilities evolve with time, and the fundamental inequality and asymmetry between players (chess is equal and almost perfectly symmetrical, mind you). The more personalized the characters, the less perfect the tactical aspect, on that regard. 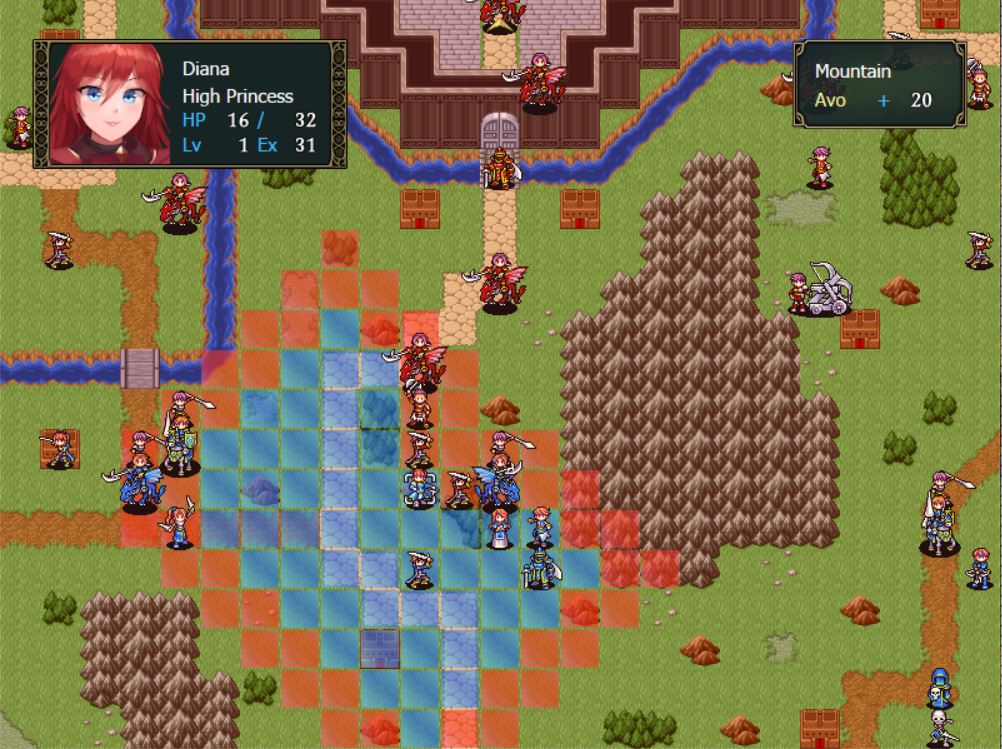 See the map? The grid makes it pretty chess-like alright...

In the end, you meet a lot of strategy game with very defined data, where each class will have a specific value of armor, weapon, health, and strategy will be sometimes reduced to a not-so-subtle game of rock-paper-scissors. RTS often work like that, and you have clearly defining strategy depending on the "species" you will take and what kind of units you will produce and in which order. And those game are actually better the more balanced they are, and hence, the less personalized.

In Esperia, we took another path, by having each character with their own personality, uniqueness, and a randomized growth meaning each player ends up with very different units, even if they began with the same roaster. Farewell to any competitive mode or e-sport with that. Ah, my dream of having an Esperia e-sport team... ~

Pure lovers of the tactical genre could be set off by the unpredictability of the game in the long run, and if you add RNG mechanics for level up or hit/critical rate, you reach an unfathomable level of blasphemy. Still, these aspect you will find in a lot of one-player tacticals, and they're often, believe it or not, focused on story. I probably don't need to give a list here, I trust you have met a least one of them before... 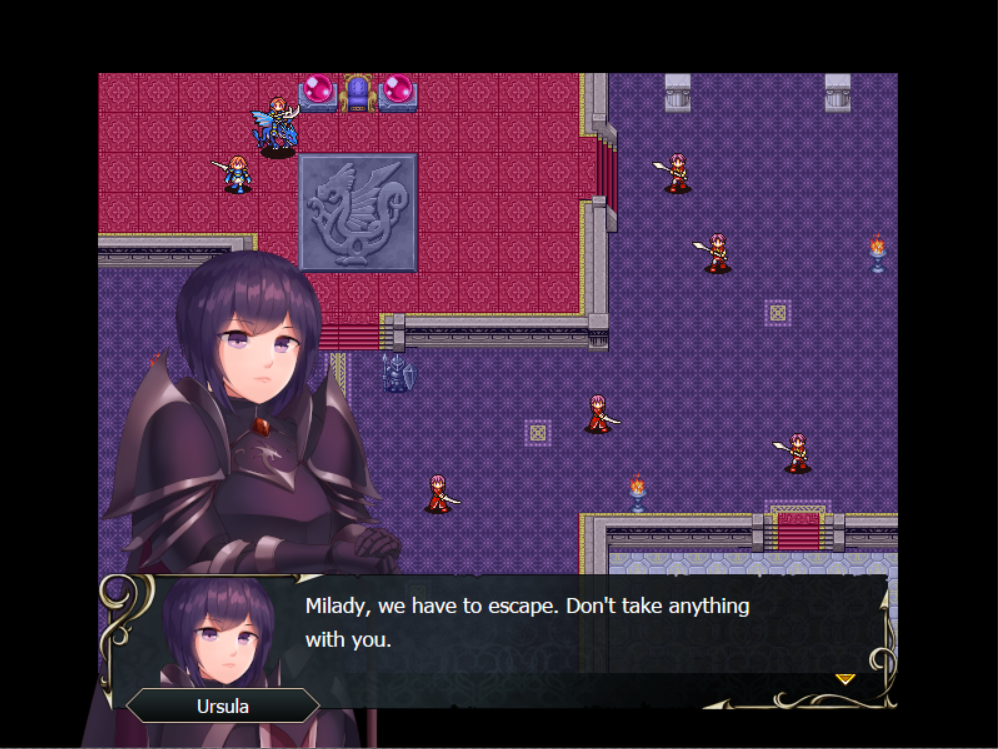 On the other hand, we have visual novels.

Visual novels are a very, very specific kind of game, and you will find from time to time people arguing whether it holds the quality of "game" at all. After all, gameplay is quite poor most of the time. However, there is no denying story-driven games are historical and still heavily present in the game landmark. For those who don't know what a VN is, it's basically a "choose your own adventure" book. I see you in the back arguing about kinetic novel, but let's keep it simple : visual novel are like their name suggest, games relying primarly on narration, with images and music to drive the story, and choices that can influence the ending. 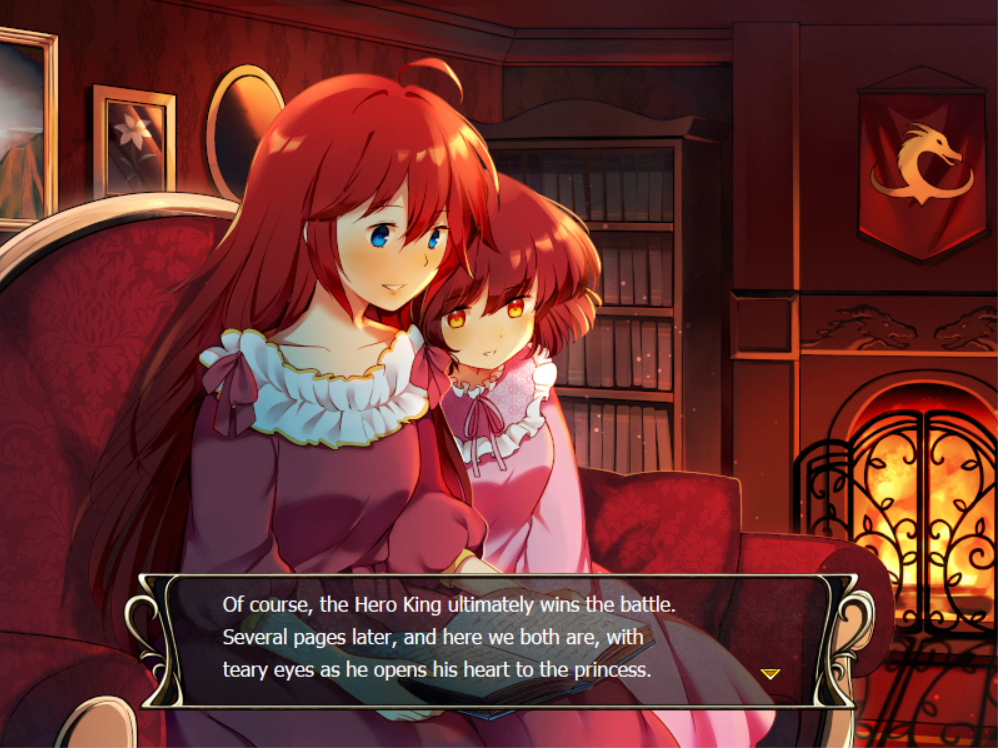 Visual novel are really beautiful. You can question their gameplay, but most of them tell very unique, touching stories the kind that are hard to tell in such details with other mediums. And what players expect from a VN are - at least in my humble case - attaching characters, new perspectives, and a good narrative.

Yup, no mention of gameplay, no building of your team to defeat your opponent... Actually... Do you even "have" an enemy to strike? The story surely has tension and probably several antagonist, but the only way you can really strike them is by hitting the right choice and enjoying the story unfolding before you, witnessing, powerless, the consequences of your actions.

In visual novels, you're often more of an observer. A reader that gives a slight push to those actors you love. 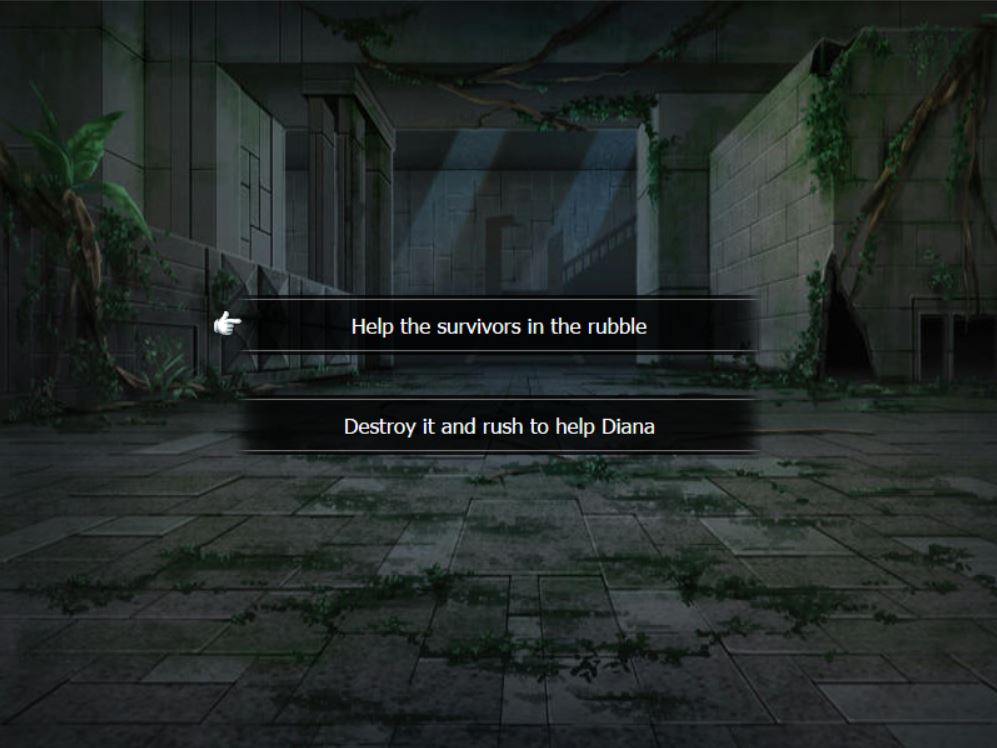 So we have a gameplay-focused type of game on one hand, involving calculations, rational decision making, patience, and an almost gameplay-less type of game on the other hand, focused on narration, character building, choice, and hell of a lot of reading.

Hey, if you're reading that article, you already know the answer. 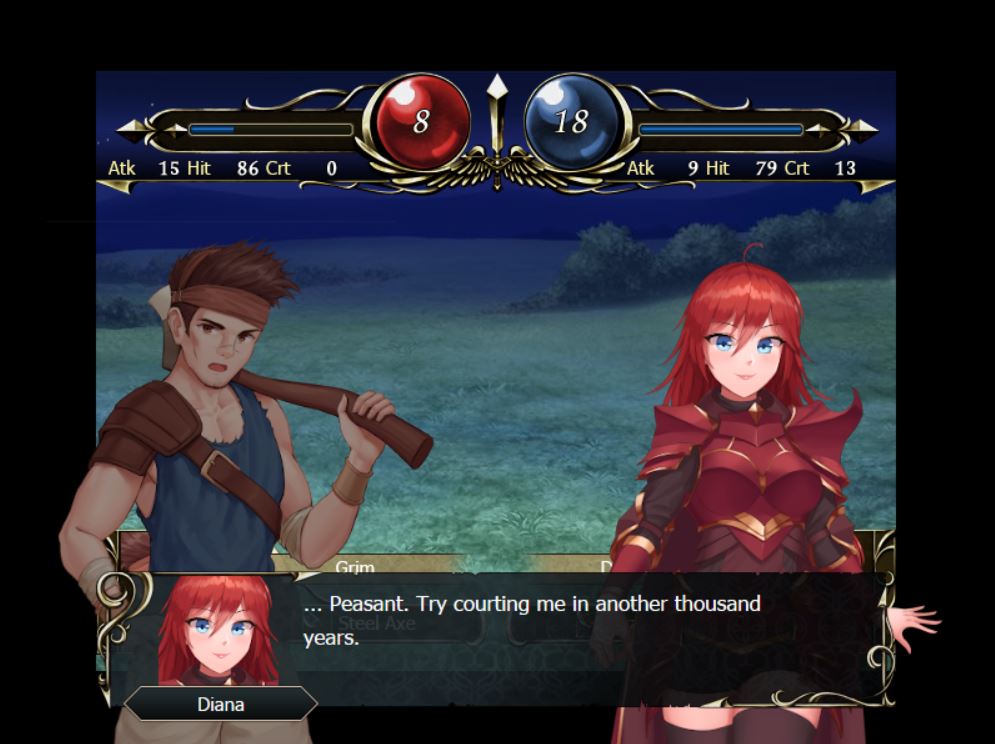 It's strange but actually it's not. They merge together so easily.

Visual novels and turn-based srpg can definitely resonate with the same players, providing a good balance is found between the two style. And the reason for that, I'd say it has to do with their relation to time.

Both style involves a rather long and deep link with time. They require patience, observation and deep-thinking. Being able to spend a couple of minutes looking at a map and the status of the enemies in a srpg, assessing their weapons and how deep they will wound you. Then running your head with the different possibilities: if you move this character instead of this one, if you attack with your archer before the warrior, who will deal the striking blow, how the enemy will react when it's their turn... It's deep, rather than fast. Needless to say, following the absurd pathways and choices in a VN is as exhausting, especially in these devilish visual novels where you can't undo the consequences of that previous choice that will come at you 1-hour later, and prevent you from unlocking your true end. Even without that, reading itself, requires patience and a perception of time and dedication that has become rarer today.

What's more, the position of strategist is that of an observer as well. Whether you're in a "eagle-eye" top view, or that mysterious and uncatchable camera in isometric tactical games, you're always "outside". You actually spend some time waiting in a turn-based srpg too, as opposed to acting in all those fast-thinking and reaction games the likes of FPS or even RTS. Turn-based gives time, and you're even more an observer as you will lead dozen of units in battle, and if the game is any good, they will make you care and identify with all of those characters, not only one.

So instead of antagonizing the two styles, and fearing to lose fans of tacticals with our visual novel style, or fans of visual novels with our tactical gameplay, we think the two styles can merge perfectly and enhance themselves in the end. And the key for that is depth.

We can already see a lot of advantages for both player types :

- Fans of VN will see the horrible consequences of their choices and tactical powerlessness when their favorite character and current love interest die because they picked the wrong fight (hurray for permadeath~).

- Fans of tactical will be render unable to make a rational tactical decision because they won't think about the optimal way to fight, but just send the character that will trigger the special event when fighting the boss - even if they have no chance to win.

See? Everyone is happy!

Wait, wait, don't leave I was jokiiiiiiiiiiiing there are good sides too, come back! ~

We hope that small article helped you understand our way of thinking, and maybe, just maybe triggered your interest in Esperia? If you want to stay up-to-date, you can follow us on Twitter as well.