Jana draws and animates foxes to tell their story in the cutscenes of TRI. Meanwhile Friedrich is building a new level with light rays you can walk on. Take a look! 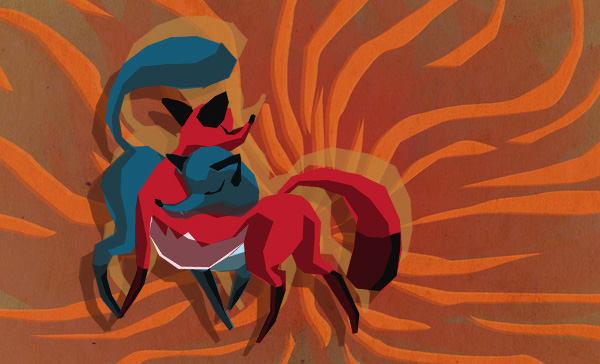 Now that most of the levels are made (but not yet finished), Jana is preparing foxes for the cutscenes. They will tell the story of friendship and why the monk wants you to go to the "magic world" and use the triangles.

1. Everything starts with a story board

Before Jana began to animate the scenes, she was sketching the plot sequences of the back story. You won't see this story in one go, which means she needed to decide how to cut the backstory into small pieces of mini stories. The way the foxes and the monk are displayed in the pictures will be important for later news articles.
We will not tell you the story now. But maybe you come up with your own interpretation! :D 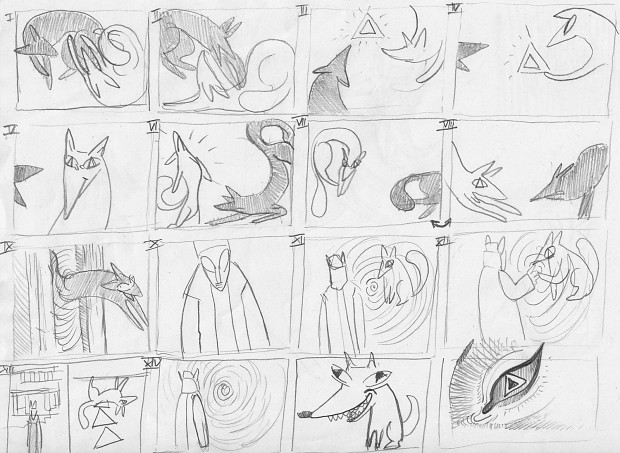 2. Fleshing out the foxes

After these fast sketches Jana took every pose of the monk and the foxes and drew them in detail. The dynamic of every pose is very important for later use. 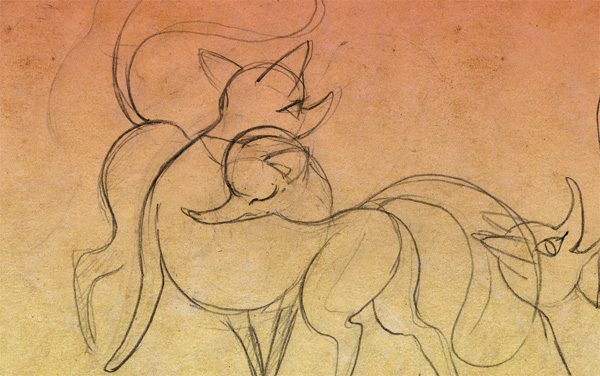 3. Testing animatics
First she colorized the sketches to test how they would look animated and which parts of the fox, like ears or tails, have to be in separate pieces to be animated. Jana did the animation in 3dsMax, so we don't need to render videos, but use real-time animation instead.

The final pieces of graphics necessary to animate the characters are done in Illustrator. Jana is using the sketches a basis for the colored cel shading art. 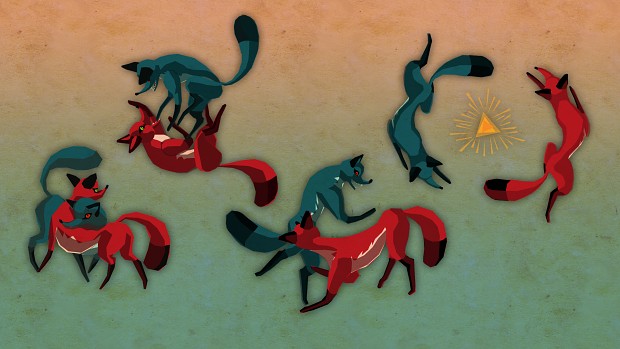 This is how the foxes are animated in the finished style. At the moment we are looking for a voice actor to read the story, so that it will feel like a fable or fairy tale.

6. Leveldesign
Friedrich recently finished one of the last levels. Just have a look at the screenshots (the scene doesn't have an art style yet, so it's all test-textures). Sadly, we are not sure yet when the next update with the new levels will be released. It needs to be tested and polished a bit. Bit hey, it has portals and trees. 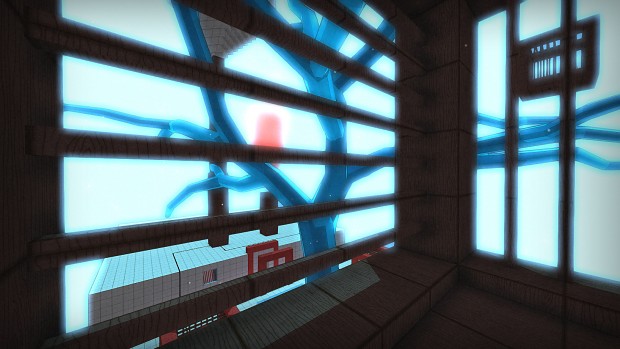 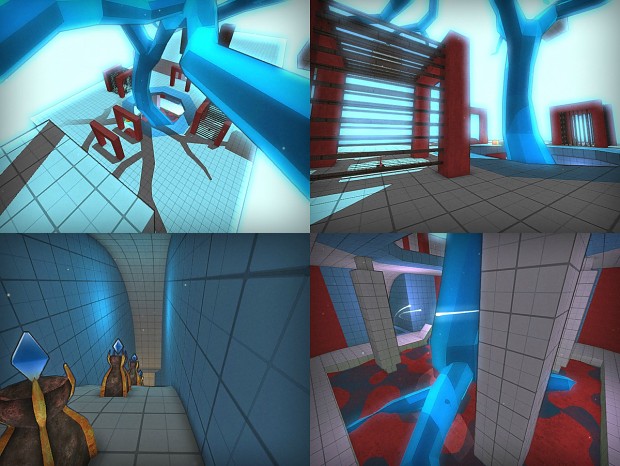 And a very small and quick sneak peek on the last level of TRI. You gain the ability to reflect solid rays there and walk on them:

(Of course, this is very alpha right now.)

We hope you enjoyed this news article, and don't forget to vote for us on Greenlight. ;-)

Damn that looks nice! Good luck getting on Steam! :)