The past week has been incredibly productive. Various changes have been made to the introduction to help engage the player with the story, and I've been working my way down the list of bugs to fix and mechanics to change for the next beta release.

The biggest--and most visible--change is with the tileset. I've been slowly trying to transition out of the RPG Maker XP default tiles. While completely custom tiles are still a long way out, some color changes and edits have made a world of difference: 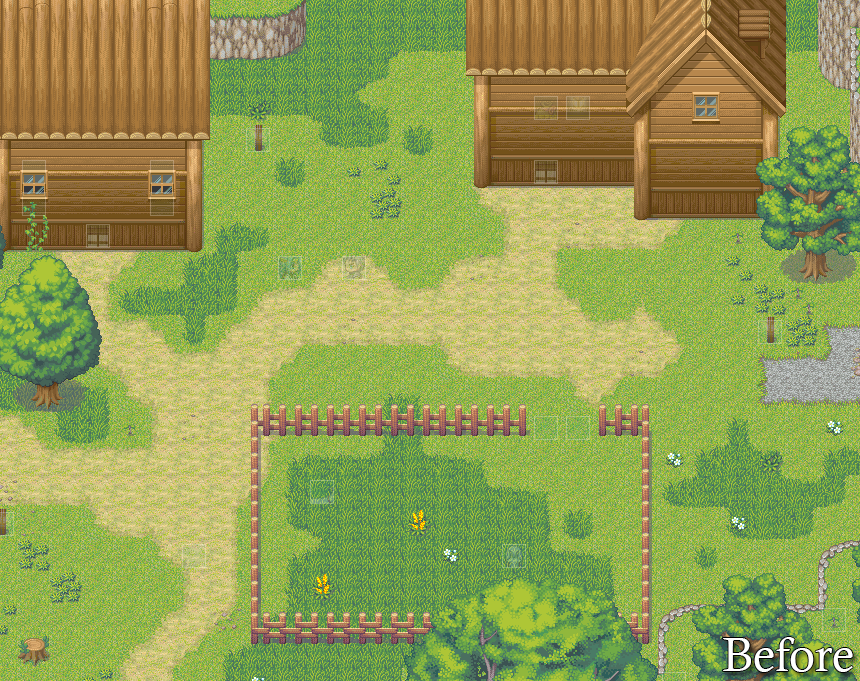 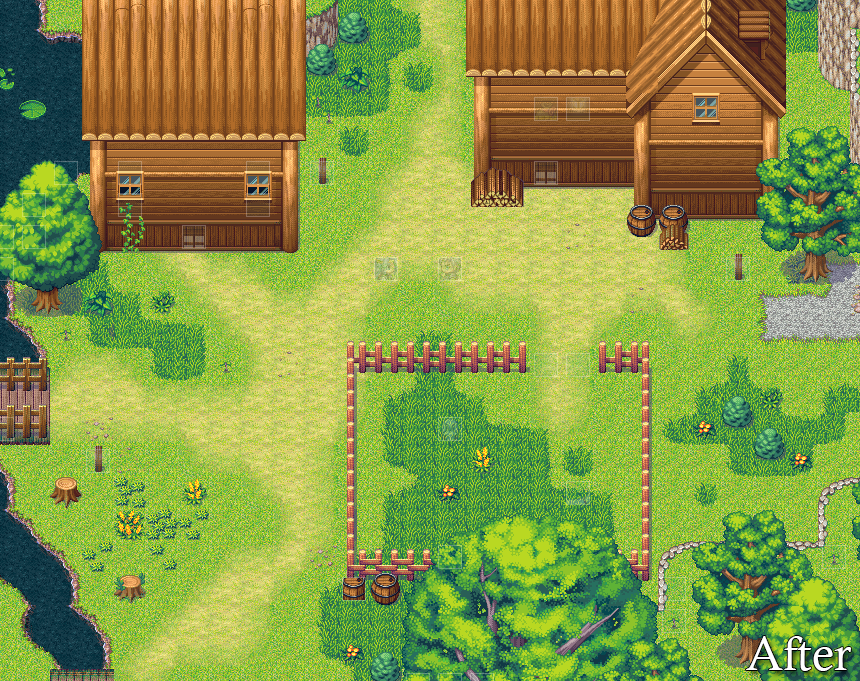 You may also notice that Mordin Village has been slightly reduced in size. I noticed that for a starting area, it felt a little too wide, especially when moving around between the shops.

Some other changes completed this week include:

These updates will be available in the next demo release, so stay tuned!