The developers of MIGHT showcase their latest class: The Witch Doctor.

We have released MIGHT's latest patch. You can read in detail about patch 0.2.9.46 on our forums: Forum.getmight.com

The main highlight of our latest patch is the Witch Doctor, our new class and second healer/hybrid alongside the Druid. 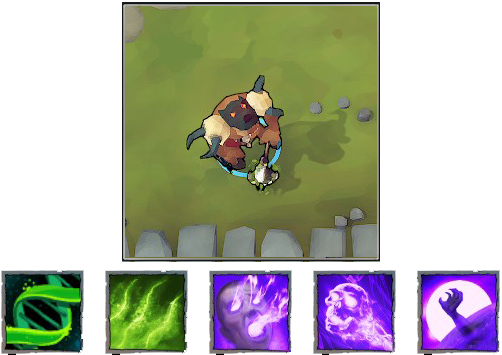 He can, however, also step into the fray to damage and debuff his opponents. When the Witch Doctor enters into the midst of combat he will use his Lacerate ability that can quickly slash up to three times, damaging his enemies and applying a Damage over Time effect to them. If he hits all three attack he will heal himself to allow him to stay at melee range if he so chose.

To handle pressure we've given him the Drain Soul ability that will allow him to siphon the life force from his enemies, taking their HP and movement speed for himself. This effect increases the more enemies he hits so to clump up while facing a Witch Doctor can quickly become very dangerous.

On top of this he has the ability to possess an enemy causing them to walk towards the Witch Doctor. This can be used to pull a weaker enemy away from his tank and into danger.

Lastly, his ultimate is called Hex and is a very fearsome display of dark magic. With Hex the Witch Doctor will curse one enemy, making him unable to use any spells for the duration of the effect as well as suffer vastly slower movement speed!

We think the Witch Doctor will be warmly welcomed into many different group compositions and we're looking forward to seeing him being played in the arena.

You can try the Witch Doctor now by registering at getmight.com! We always listen to and highly value player feedback and we're very interested to hear what you guys think of MIGHT's latest class!