Implemented gold mechanics. Single coins and gold stacks that can be gathered from the ground or from containers.

Implemented gold mechanics. Single coins and gold stacks that can be gathered from the ground or from containers. Gathering them will display a gold "+1" Effect on top of the character, or near the cursor when gathering from containers.

They also work in containers. 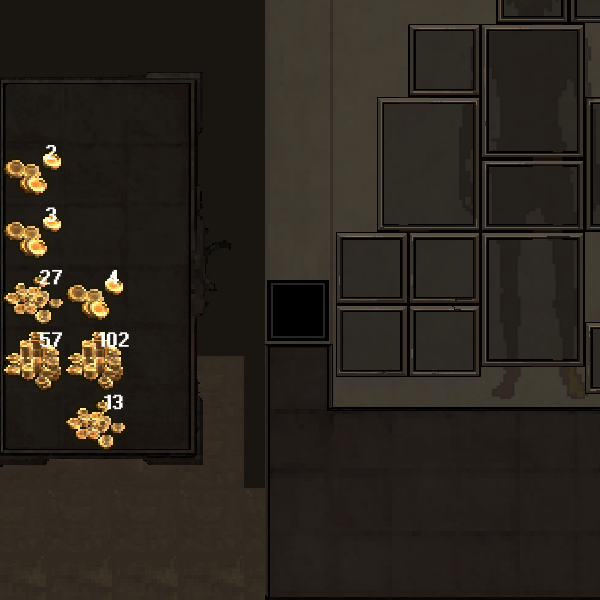 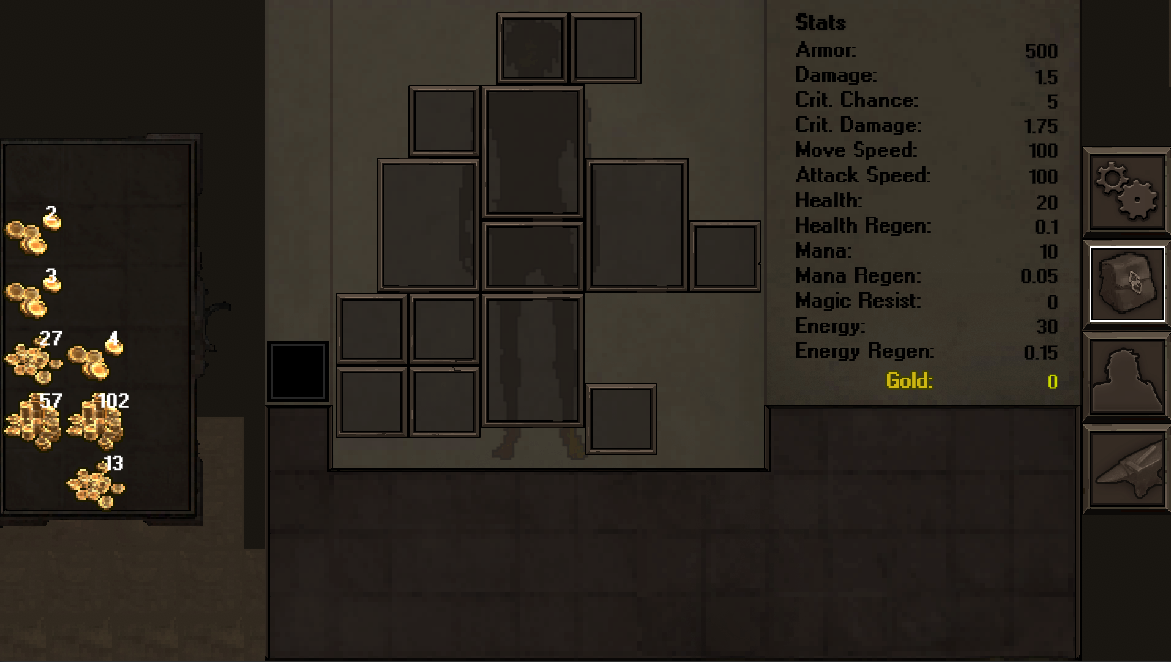 For the gold in containers we added a special property on some items, that increases the amount of gold dropped in them by a percentage.

One such item is a trinket called "Greedy Sealord's Jewel", which increases gold from containers by +12%

There will be more items of this type, but pretty rare. This game is all about creating unique and custom builds, so may these types of items be of help in that endeavor.

This wasn't too big of a deal but it needed some extra coding. Mostly populating containers, which was a lot of work as shown in the last article. Adding multiple gold images was pretty easy to do. Handling how the gold behaves as an item needed some work.

Overall there wasn’t too much work with the gold itself but more with the containers.

Adding gold stashes in containers from the editor: 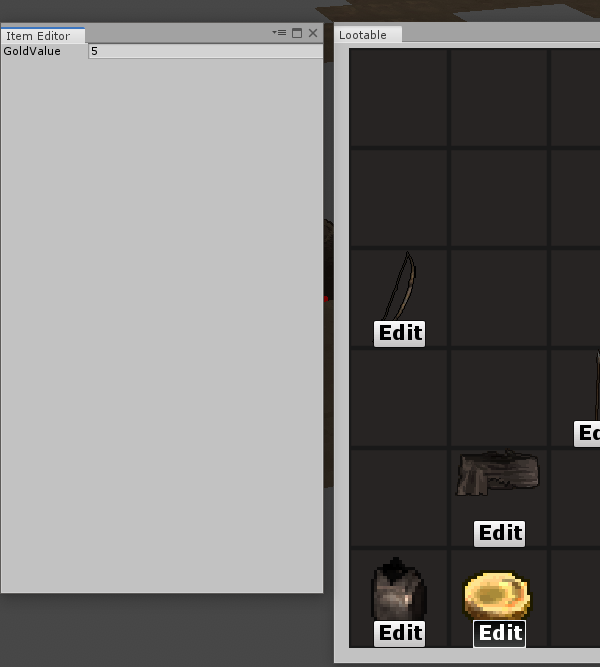