We bring you the newest update - the terrain! Compiled from our recent charity stream and older pictures.

We are back with more updates and screenshots!
Once again, these are compiled from a livestream which we held recently, those who want to watch the whole (around 24 hour!) stream, please click HERE.
Overall, the stream was a blast, we gathered 1030$ for charity, which gamingforgood.net multiplied by 21, which means around 21000$ was sent to charity! We had bunch of fun with our supportive community and hope to have a similar stream in the future!

Now - In this update, we will show the WIP terrain of Floor 10. For those who didn't attend our earlier
Q&A sessions, we are starting the development on floor 10, due to copyright and legal issues. Also, since the anime doesn't cover the artwork of all 100 floors, we need to improvise on many floors, one of them being floor 10!

Now our plans for Floor 10 itself is a dark - moody type of atmosphere, we are using the mood board we compiled from other games, animes and concept arts. (We don't own any of the pictures found in the mood board, we only use them for reference to our atmosphere and level mood). 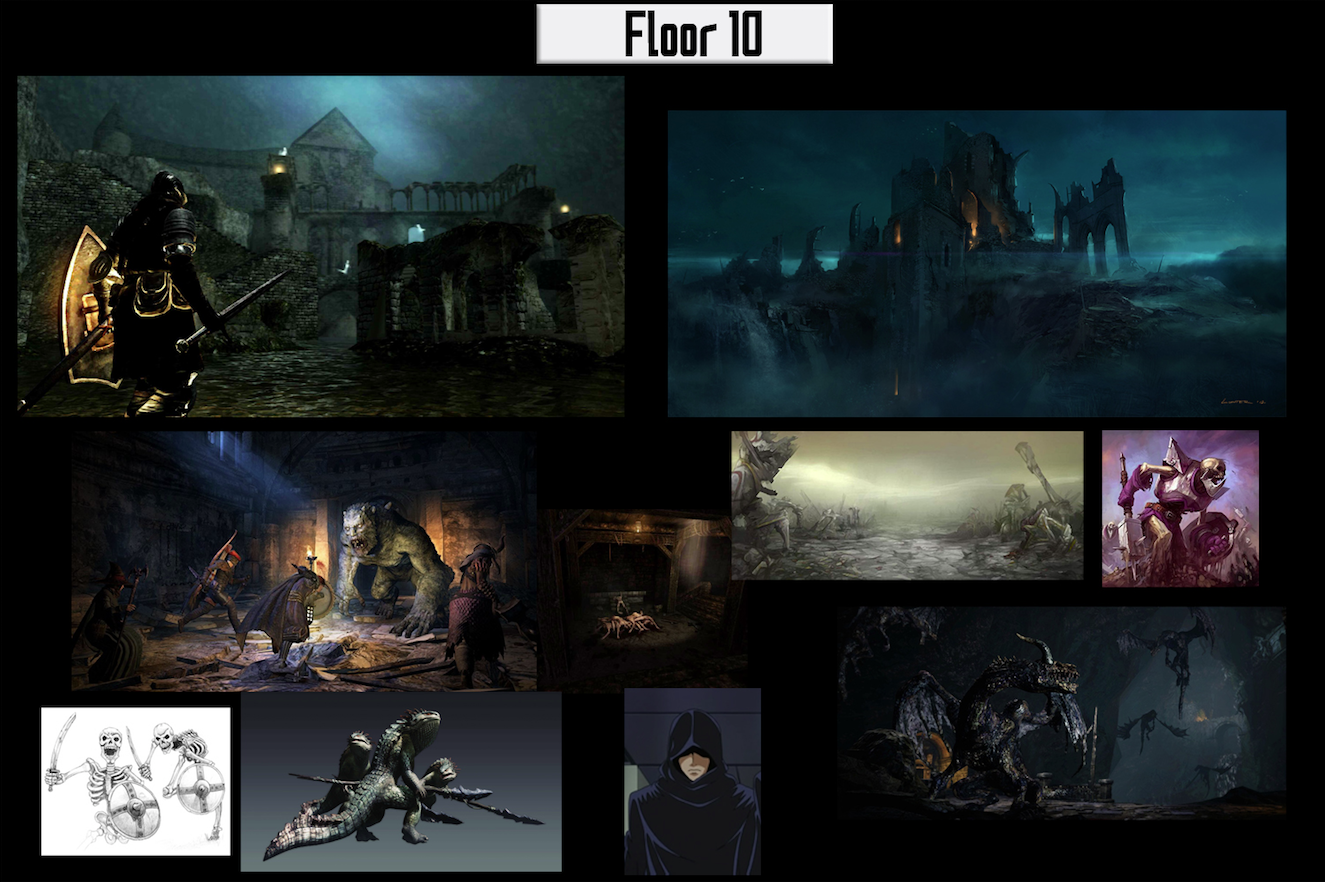 Now that you get the general idea of what look we are going for, we are going to introduce the floor layout.
Now in the anime, floor 1 is 20km in diameter, and floor 100 is 1km, we calculated that floor 10 should be 18.5 km in size. The deal is that its too big in size and file size itself, so we decided to cut down the terrain size by 50%, thus the level will be 9.25km in radius.
This is a perfect size, not being too small to prevent adventuring, but not too large to make the game just be boring and long walking in the fields.
This is the layout we are following:

First thing you probably think is "HEY! THIS AIN'T CIRCULAR!" - and you are probably right, but worry not!
The levels WILL be circular, the Floor Plans where just made cubical to make it easier for the concept artists to detail. (Shoutout to Arry :O!)
Anyways, after about a week of work, we sculpted up this terrain in Unity, gave it some erosive and fluvial features (For the looks), and scaled it appropriately: 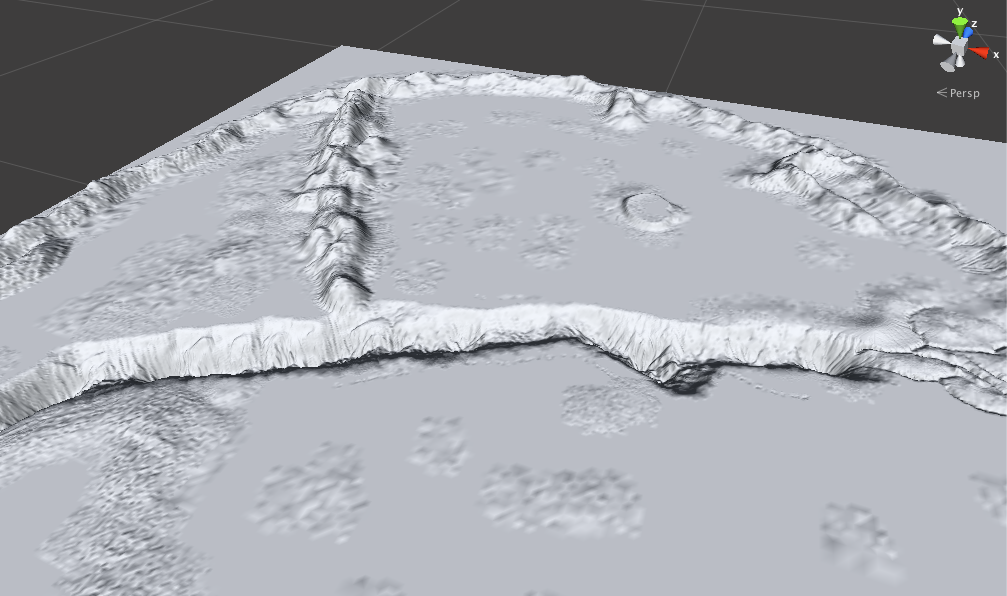 After this, we started adding the lighting and texturing to parts in the terrain, the part we are currently working on is the wasteland, (You can see the terrain layout in the second picture).
The wasteland will be positioned here: 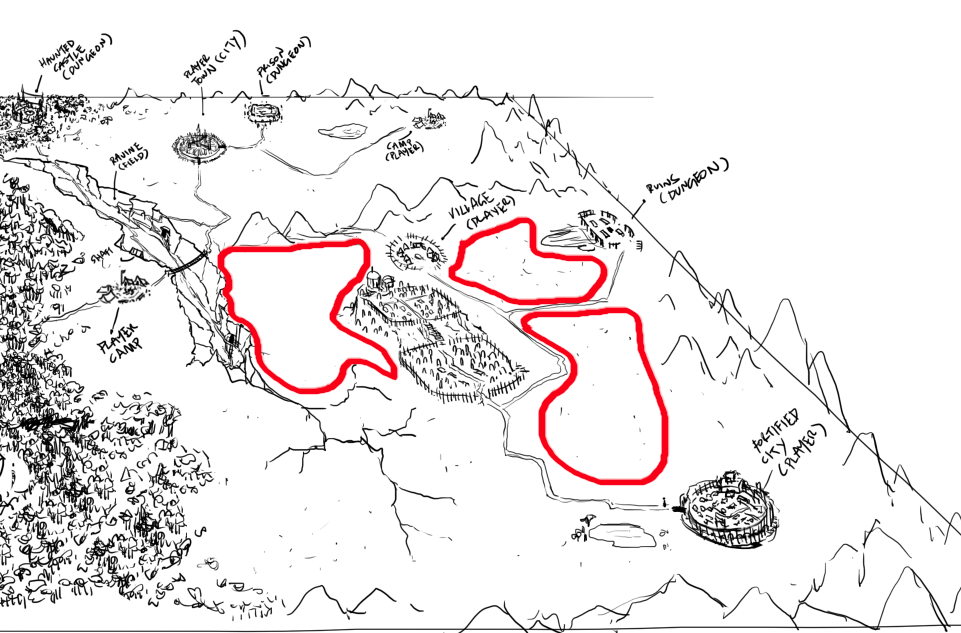 Following the mood and atmosphere previously showed, we roughed up this scene: 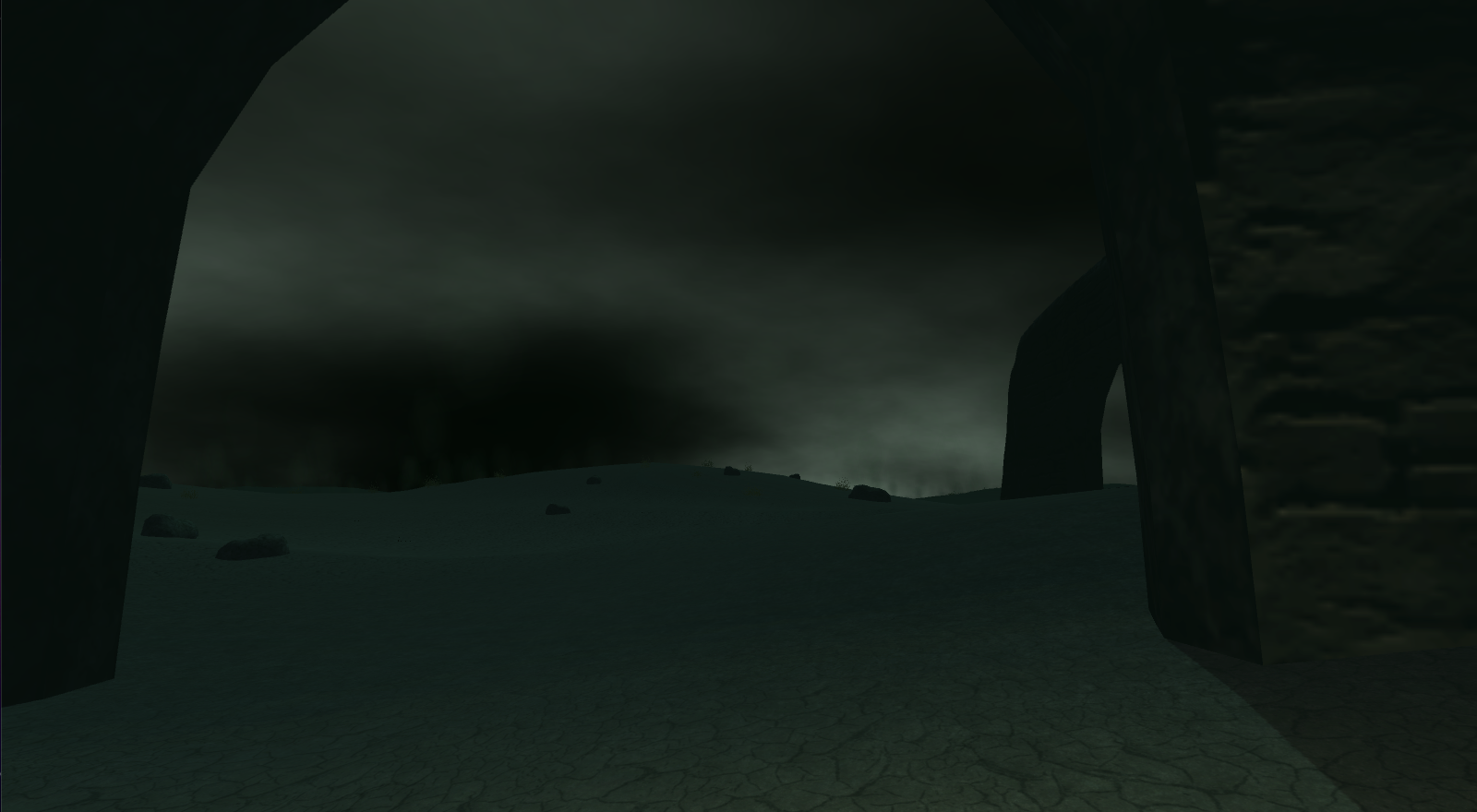 Now first thing you think "THIS IS NOT CELLSHADED!" - and once again, you are right.
We had some problems with cellshading in Unity, but its almost fixed and we will have an anime
looking level!
Arry helped us out with some sketching and our final product will look similar to this: 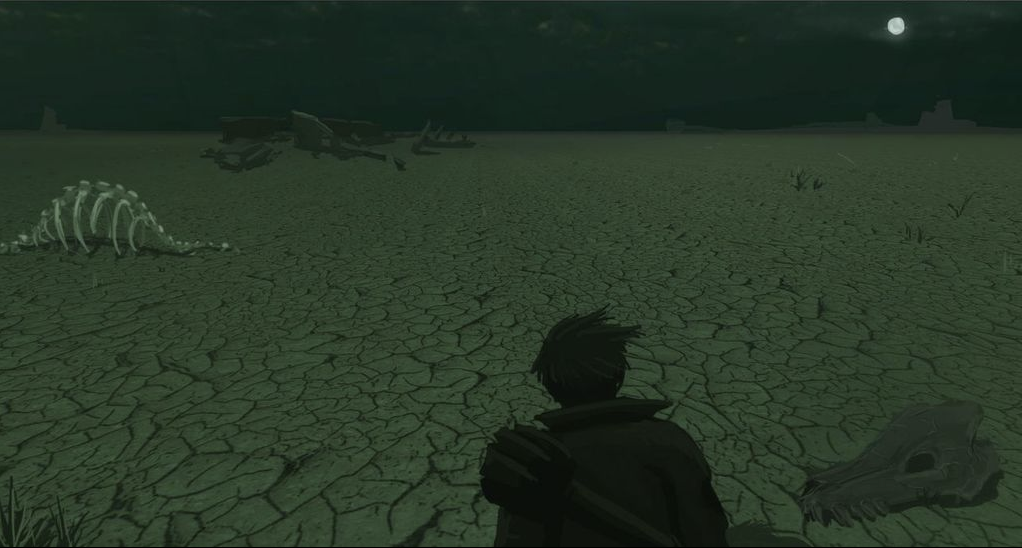 We hope you enjoyed this update, and we will bring you more really soon!

If I knew more about modeling I would love to contribute, guess I need to practice.

The last image is really impressive :)
I hope you can make it :D