New gameplay including bow, spell system and improved camera. New playable version is about to release, but couple fixes needs to be done. Thanks for Teekus and Rodhenik for testing the game.

Welcome :) I recently spend a lot of time programming bow, spell system and camera(collision and improved rotation). I updated scripts for inventory, added new menu for spell casting, player could cast spell by clicking on it and next select enemy that he wants to attack, there will be more updates for binding spells so player will just click specific keys on keyboard for spell casting. 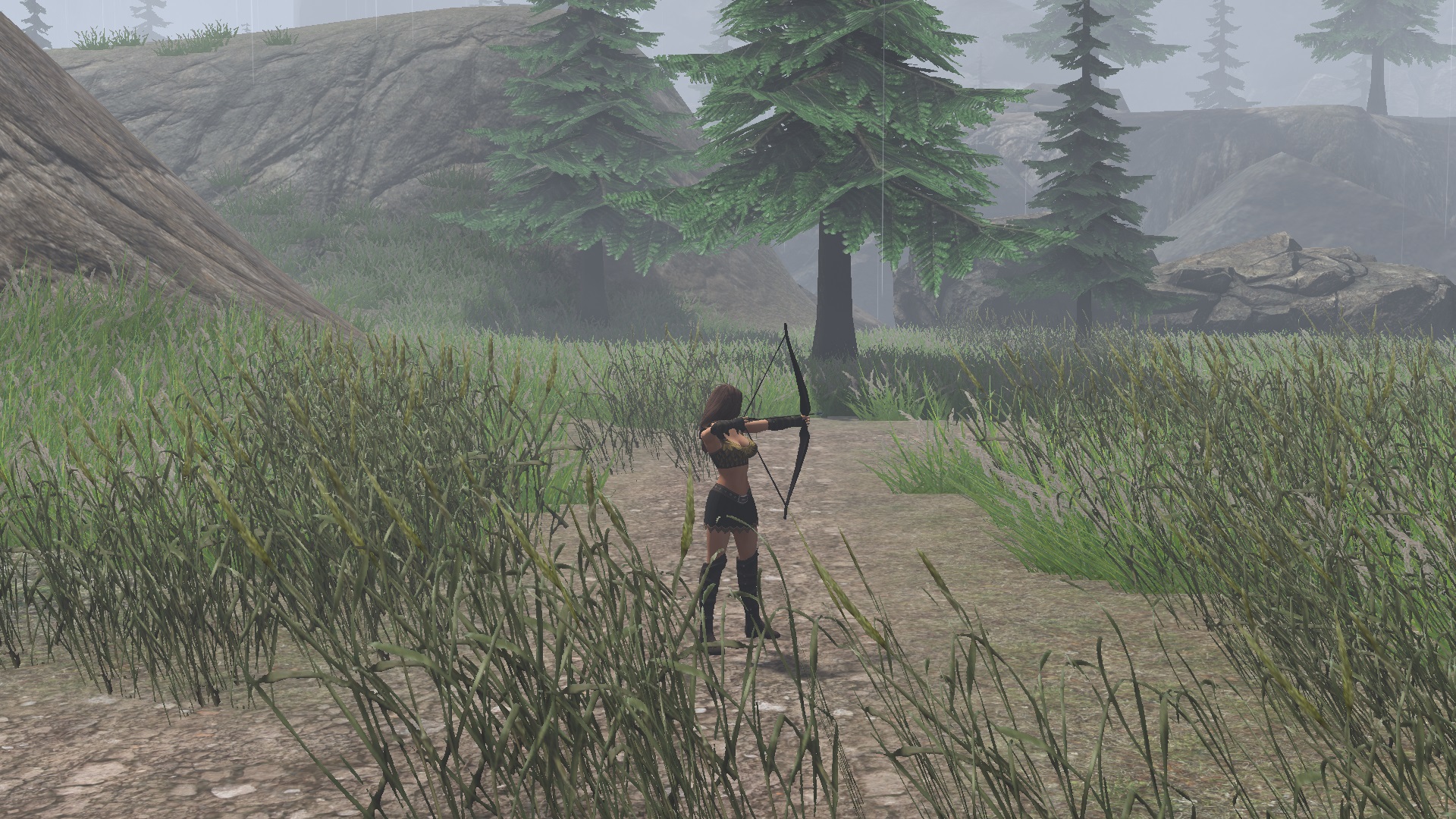 I also spend more time in making improved animations especially when character is holding bow. As for bow and spell system, there is also some updates for enemies when they’re get hit by arrow and spell, enemies immediately notice player. The Rocky Mountains level is quite huge definitely there are couple changes to make, I was thinking about making swim skills for main character, so she won’t use only bridges to get to the other side of river. Credit for Teekus video, he recorded footage in high quality, I see that he enjoyed playing the game as well. There are couple features to be added and new version will be released.