Join us today for the third installment of our Spotlight on Okhlos' New Heroes!

First draft by @roketronz, final draft and editing by @pfque_ .

It seems like that’s all we talk about nowadays and like we’ll never run out. Well, it’s not true! At this pace we’ll run out week after next. But worry not, that’s a problem for another day – today you get to enjoy Part 3 of our amazing Four Part Spotlight on the New Heroes of Okhlos!

Our weekly Hero count is now up to:

Meaning you will be meeting 6 brand new Heroes today!

Hannibal Barca of Carthage, one of the greatest military commanders this world has ever seen, was a leading figure in the Punic Wars, a conflict that just might’ve set the course of western civilization, and he has absolutely nothing to do with Ancient Greece. He rose to prominence almost a century after the Greek Classical Era had already ended!

Buuuuuuuuuuut… he was just too COOL and BADASS to leave out! We don’t care if it’s a bit anachronistic, we want our eyepatched tactical genius in the game and by the beard of Zeus, it’s our game and we’re going to include him!

In fact, in the game Hannibal is going to have a very interesting ability with a lot of tactical potential. Any enemies within a certain area around him will be automatically slowed down, allowing for some cool mix-ups and close calls.

No, this isn’t the cannibal dude played by Anthony Hopkins, this is the guy who marched elephants over the Alps!

Slavery and serfdom were very common in Ancient Greece, and slave units are an important part of your mob in Okhlos. Rebelling against gods and society, they fight alongside philosophers and warriors to bring down the oppressive machinations of fate!

… Actually, they just mostly carry items for you….

But even the valets have their Heroes, and Brazotos is a Super Slave! This big ol’ bloke, reminiscent perhaps of a mini boss from some well-known, deadly fighting game, will be able to carry up to 4 items at once with his big strong, muscly arms!

Fun Fact: Brazotos also gives the best high-fives in all of Ancient Greece.

Icarus was the son of another of Okhlos’ Heroes, Daedalus, the famous inventor of the labyrinth. (No, not that movie with David Bowie, the inescapable death-trap with the Minotaur.) Well, if you know Icarus’ tale, you know that his good ol’ pop made him a set of wax wings to fly around with, but warned him sternly not to fly too close to the sun.

He flapped up right there next to those beautiful sunrays, and the wings melted in the heat, and Icarus fell to his dumb, stupid, very much preventable death.

Moral of the story: the Ancient Greeks didn’t really know how the solar system worked or that the incandescent ball of hydrogen that lights our world is actually really, really, really, impossibly far away. Or that the higher you climb up in the sky the colder it gets. (Oh, and there was something in there about hubris and arrogance, but I don’t remember.) 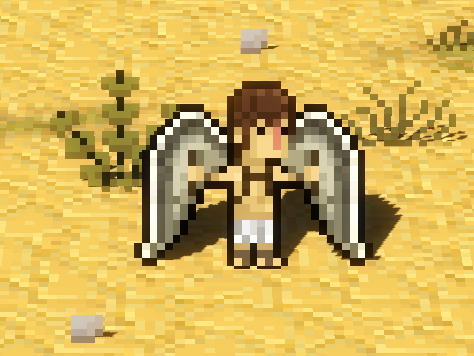 By the time we dug him up for Okhlos though, it seemed like Icarus had well learned his lesson and he promised us he will never fly again. (It’s totally not because the game is already chaotic enough without some snotty kid flapping about!) We’re not sure if we believe him, but just in case, to compensate, Icarus’ Hero ability will speed up the whole mob!

I mean, just look at how cool his running animation is!

So far we’ve included a King in each part of our Spotlight and we don’t want to break the habit now!

Nestor is a HUGE figure in Greek Mythology! We’re talking B-I-G! He was an Argonaut, took part in the Trojan War, fought the centaurs, and participated in the hunt for the Calydonian Boar! Many other heroes and important figures of Greek Mythology looked up at him for advice, and he even had a shield made of solid gold!

We’ll be honest, we haven’t quite decided what Nestor’s ability will be in Okhlos just yet. He could be a simple King unit, like the others, and raise the amount of people you can have in your mob… but the man is important, and we’re very tempted to give him an additional ability on top of that. We’ll just have to wait and see… 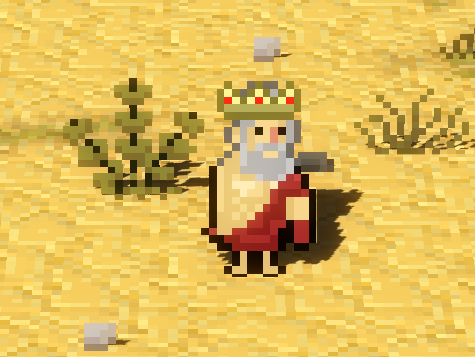 Although, you have to question the ‘wisdom’ of a man with a shield made of solid gold, a mineral as precious as it is soft and totally not protective…

You might or not believe this, but we actually do some research for every Hero we include in the game. We look up the character’s history and the myths told about them as well how artists have portrayed them in the past (read as: Google Images). This last bit was pretty tough for Nestor, because our searches kept getting swamped with pictures of Argentina’s ex-President, Nestor Kirchner, a very influential figure in our country at this time, since we’re nearing elections. We swear, this man must have more streets named after him than anyone else in the world!

Oof, Sisyphus, once King of Ephyra, is perhaps our most miserable of Heroes. For leading a life of trickery and deceit, for repeatedly deceiving the gods, for being pompous and arrogant, believing himself more clever than Zeus, and generally just being a huge pain in everyone’s butt, Sisyphus was cursed to roll a giant rock up a hill for the rest of eternity. Every time he got it near the top, the boulder would escape from his hands and roll all the way back down. I guess when you piss of Ancient Greek Gods you lose some and you lose some.

In Okhlos, we freed Sisyphus from his eternal torment so he could join up with the mob. It seems he’s grown really fond of his rock and has decided to use it against the very Gods who cursed him… and also against anyone and everything in his way. Let’s not forget that he’s still kind of a huge jerk though, so monsters are a lot more likely to go straight after him than the rest of your units. 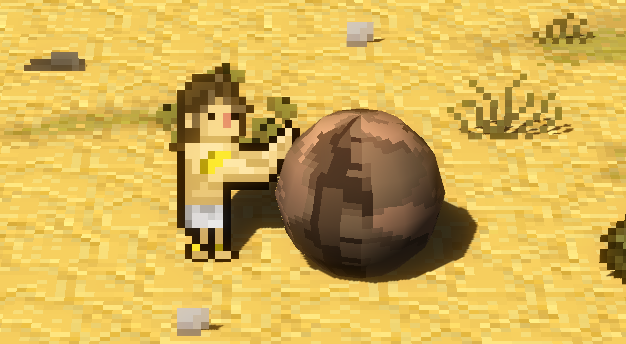 Go Sisyphus! Distract them with your boulder, ya jerk!

If you thought that the divine punishments had ended with Sisyphus, you’re dead wrong. Dear Arachne was the greatest weaver in all of Greece, and boasted that she was even better at weaving than Athena herself, the very Goddess of Crafts. As Ovid tells it, Athena was outraged by Arachne’s arrogance and challenged her to a weaving contest. But when Arachne won, demonstrating that she was indeed the greatest weaver of them all, bitter and vengeful Athena turned Arachne into a spider, dooming her and her descendants to weave for all time. (Greek Gods sure have a thing for ‘eternal punishment’.)

Just like with Sisyphus and Icarus, we managed to save Arachne from her fate, and gave her a cool Hero Ability to smooth over the transition. Arachne will cause area damage to all enemies around her.

There’s something to be said about having complete dedication to your craft.

Well, that’s all we have for this week folks! Tune in next week for the final instalment of our Spotlight on Okhlos’ New Heroes!

I love the sprites!!!