These changes were made in an effect to further polish our game. With the final deadline, p3 gold, approaching next week, the team needed to make necessary improvements to the boss levels. These improvements address player engagement with our content, and make the experiences with the Golem and BlazeSnake battles less frustrating for players. While the changes were not as large in scope when compared to our previous build, every detail matters.

At this stage, we only have enough time to perfect our boss battles, and perhaps finish our final boss level. Here is a current screenshot of it: 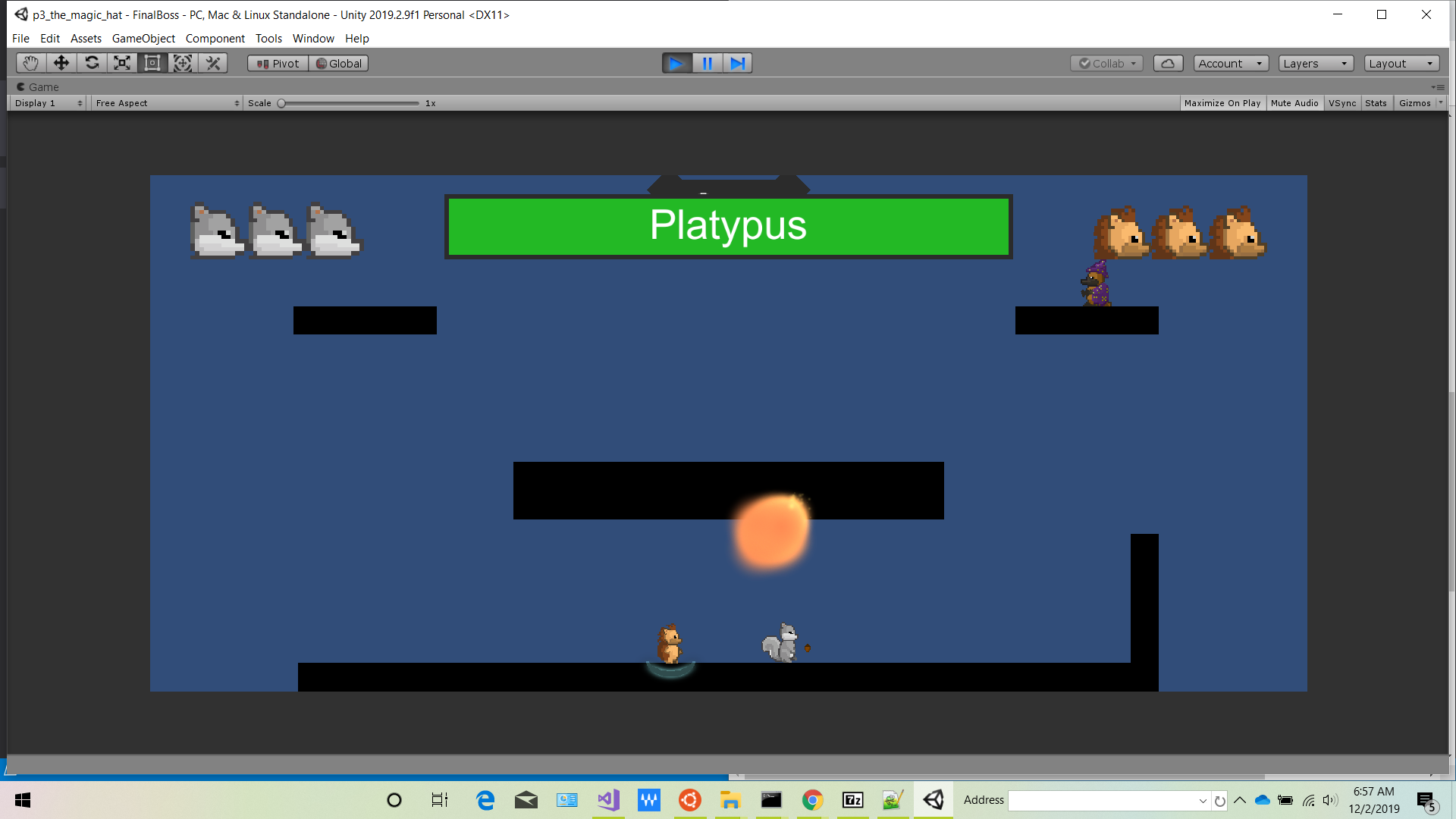 With the final boss in particular, some of our team members have put in significant time to perfecting, and we think players will love it. As of now, our current play is to finish the final boss, and solicit feedback from players who are not enrolled in EECS 494. This will give us a stronger gauge for whether or not this 3rd boss will be a success in the showcase. We will also continue to improve gameplay mechanics and enhance the visual appeal of each level as we receive feedback in our last play session at the Spark incubator (located in downtown Ann Arbor).

We will continue to improve gameplay mechanics and enhance the visual appeal of each level according to feedback we receive from our peers and instructors this week. Some features mentioned by instructors in the project's beta grading, including a dynamic camera and fixing a tricky obstacle in the tutorial, are being worked on. We will also finish the final boss and play test it this week with players and instructors.