Our long awaited user-interface overhaul update is live and building a space station has never looked or felt so good.

We’ve been adding loads of new content since Meeple Station released earlier this year, from new types of Meeple roles, resources, buildings and of course modding tools to allow you to customize your station even further. But we appreciate how important the overall experience needs to be easy and feel satisfying to use, so we’ve spent time overhauling a majority of the user interface. But we’ve also got plenty more content and new features on the way!

When you first load up Meeple Station, you’ll (hopefully!) notice our new swanky dynamic title screen. This is part of making the polish that much higher for Meeple Station and making every element of the game that much more satisfying to use and play. Take a screenshot of your title screen and share it with the community to see what everyone else’s galaxy looks like.

This major user-interface overhaul took longer to wrap up than anticipated, but that’s because you all had so much great feedback for us that we ended up re-designing a lot of older menus and panels. Everything looks and feels all the more cleaner now, while there are several changes to the Meeple UI panel, which now allows you to view more information and far easier than before.

What's Coming Up Next

We’ve got plenty more content and features planned for Meeple Station in the coming weeks and months, several of which you’ve requested and suggested. Including more customization options for Meeple, the ability to choose your starting crew and for them to be able to improve and gain experience in the jobs you assign them. 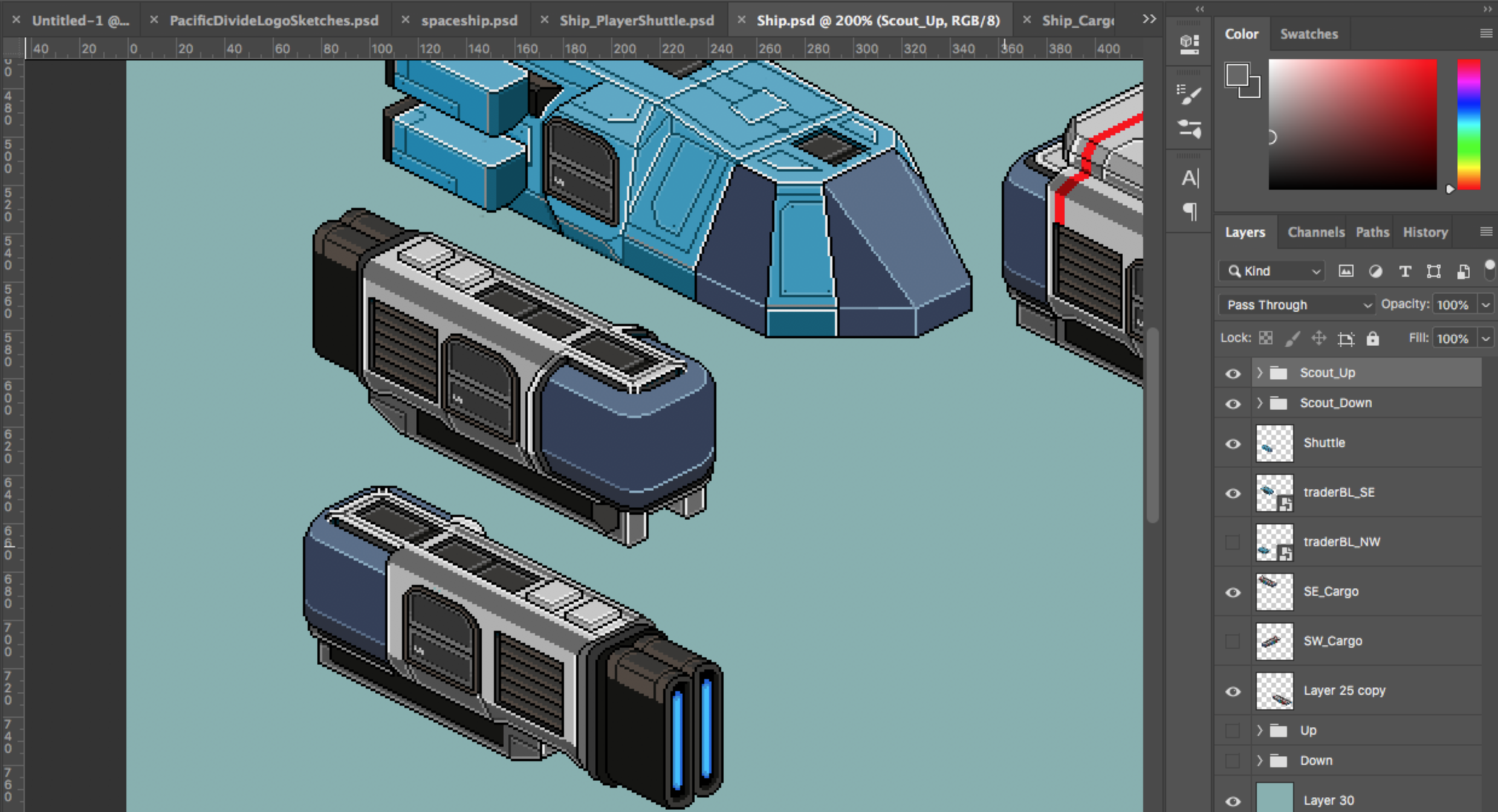 Another element we’re working hard on for the next major update, is the addition of entities and new mysterious factions. We’ll also be adding a variety of new ships for you to be able to create and customize. As well as focusing on making interactions with traders more meaningful.

While pirates will be making a return soon! For those who have already witnessed the full force of the pirate attacks and invasions, this is just the start. That’s it for now, but be sure to let us know what you think of all the new user interface changes and what you’d like to see in Meeple Station going forward.

As always, you can grab a copy of Meeple Station on Steam or itch.io and download mods for Meeple Station on mod.io. Follow us on IndieDB, Twitter, Facebook and join our Discord community to help shape the game and get involved in the development. See you out there space captains!

Meeple Station is published by Modularity Games, a video game publishing label by DBolical, the founders of ModDB and IndieDB. Follow Modularity Games on Twitter, Facebook and join our Discord community to learn more about the games we publish, fund and help bring to the world.