A new version of the Hunger Games Simulation has been released, featuring new landscapes (such as mountains and swamps), actions (such as climbing trees), items (such as nets and landmines), and enemies ("muttations"). May the odds be ever in your favor! :) 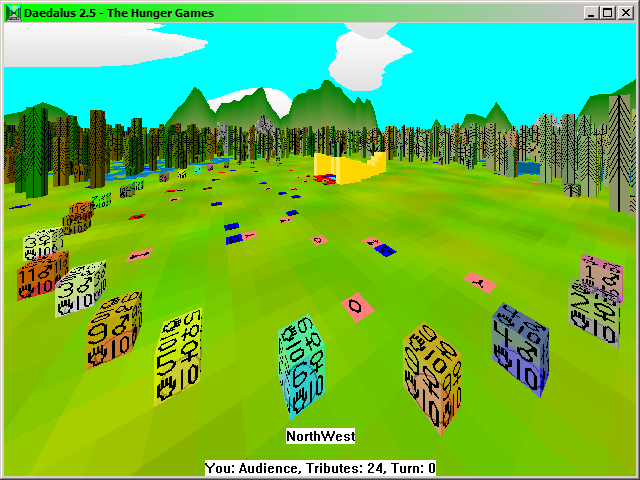 The new version 2.5 of The Hunger Games Simulation is downloadable here, and features the following additions over the previous version 2.4 that was released in March: 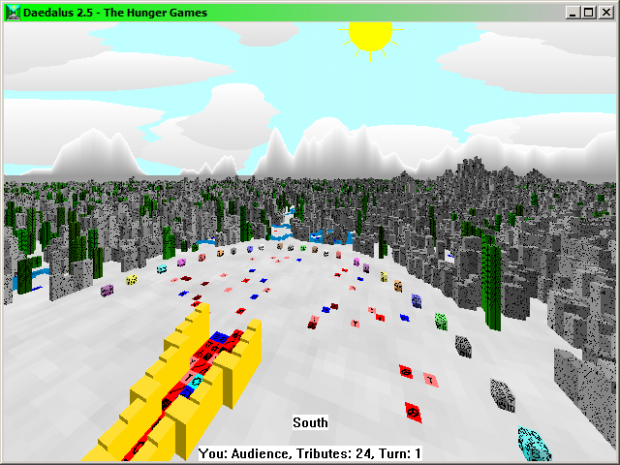 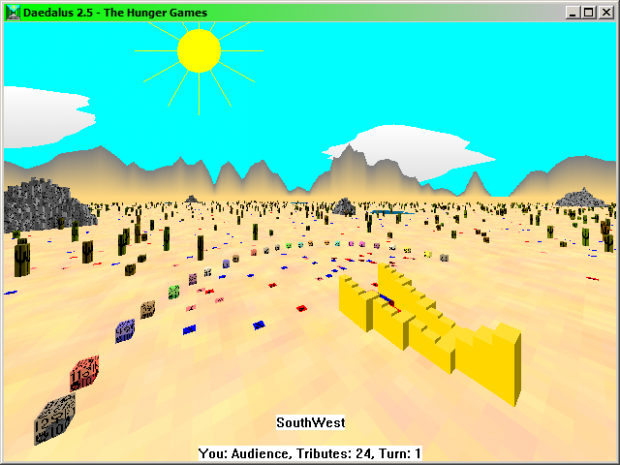